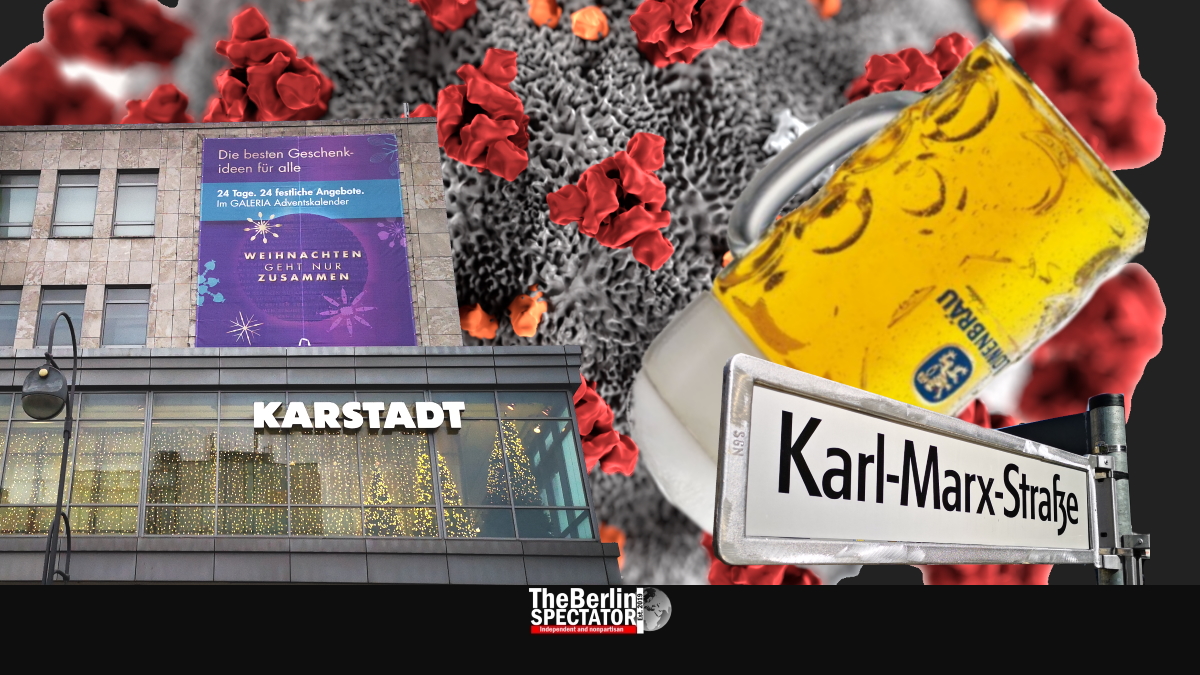 The Berlin Senate has tightened the lockdown rules even more. From December 16th, residents of the German capital may only leave their homes with valid reasons.

Berlin, December 15th, 2020 (The Berlin Spectator) — In Berlin, Governing Mayor Michael Müller and the Senate have “adjusted” the rules of the upcoming lockdown to the infection situation in the city. There are even more restrictions now, which affect all residents.

Starting tomorrow, inhabitants need a valid reason to leave their homes. These are the reasons the authorities will accept:

> Shopping
> Going to work, including voluntary activities
> Going to the doctor
> Running an errand or going to an appointment at an authority
> Going to a court appointment
> Prayer at churches, mosques, synagogues or other kinds of temples
> Visiting a life partner
> Seeing one’s children
> Caring for animals
> Working in gardens or in the agriculture
> Taking part in events in accordance with the rules
> Going to a private gathering in accordance with the rules
> Taking people to, or picking them up from schools or foster homes
> Engaging in sports activities

Up to two persons may engage in sports activities together, but only without direct contact. The distance rule needs to be adhered to in the process. Berlin also adapted an alcohol ban in public areas.

Schools and kindergartens need to close. Certain exceptions, for instance for graduating classes, are possible. Parents of kindergarten kids are supposed to care for their children at home, whenever possible. They may use the emergency care provided at some kindergartens if there is no other option.

Shops have to close, except for the following kinds:

Christmas markets, fleamarkets and similar events are banned as well. Pyrotechnical products may not be sold.

On New Year’s Eve, the sale of alcoholic beverages is forbidden from 2:00 p.m. to 6:00 a.m. the following morning. From December 31st, 2020, to January 1st, 2021, the use of fireworks and firecrackers in public areas is forbidden. People may not stay in public areas on those two days either. But walking through them is legal.

On Sunday, the Berlin Senate had announced new rules for the German capital after Chancellor Angela Merkel and the First Ministers had put out those for Germany. Yesterday night, more restrictions were approved for Berlin. They were announced by the Senate Chancellery located at Red City Hall today.