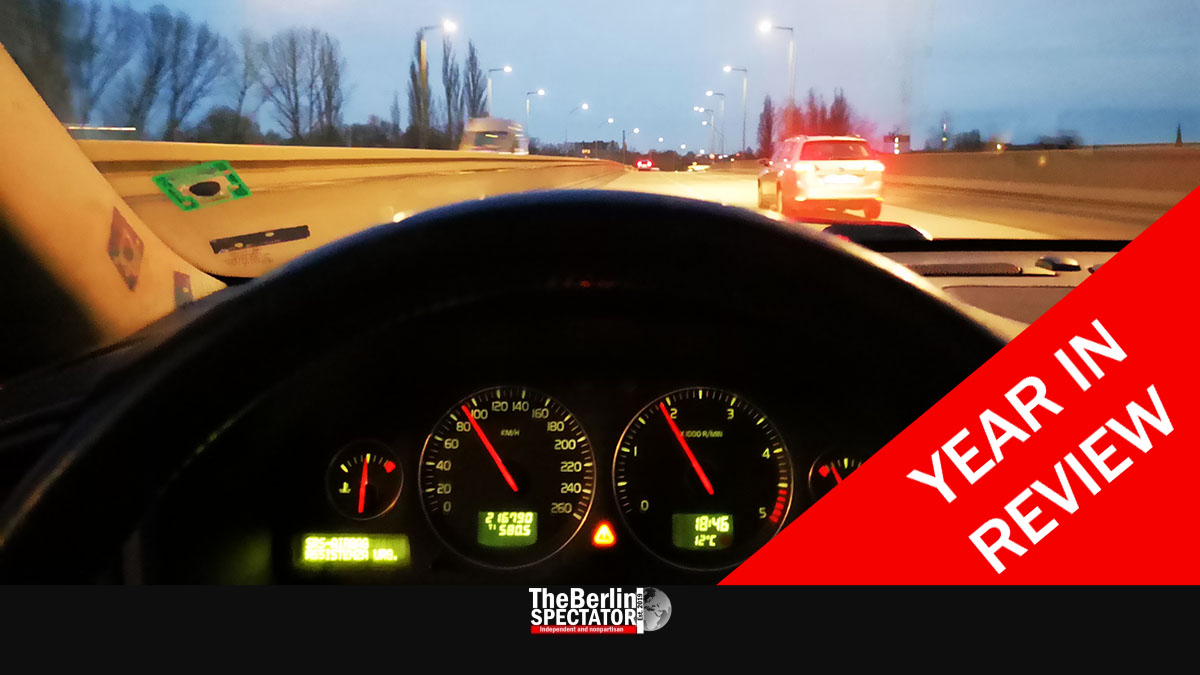 In 2020, the name of a Mexican beer brand, or the word for ‘crown’ in Spanish, became a threat. In April, it became evident how parts of the industry were affected.

Berlin, December 17th, 2020 (The Berlin Spectator) — As passenger numbers slumped to 1 to 2 percent of their usual volume, thanks to Corona, Lufthansa Group started taking action in early April. The brand name ‘Germanwings’ was dumped, its successor ‘Eurowings’ scrapped flight routes. At the same time, Lufthansa which also owns the airlines Austrian and Swiss, tried to lose parts of its staff and many aircraft.

Airports all over Germany, especially the ones in Frankfurt and Munich, became big parking lots for almost the entire fleet. Behind the scenes, company managers started talking to the government. The only item on the agenda was saving Lufthansa from bankruptcy. Of course, there were a lot more Corona news in April. (For all things Corona in 2020, please read separate feature ‘Chronology 2020: Germany and the Corona Pandemic‘.)

In mid-April, four members of a suspected terror cell that allegedly belongs to the Islamic State were arrested in the town of Werdohl, in Siegen and in Heinsberg county in North Rhine-Westphalia. The Tajik were put behind bars by members of an elite police unit because the authorities believe the five men founded a terror cell in Germany.

Bavarians and their Oktoberfest

April 20th, 2020, was a big day. While Angela Merkel said moving too fast on easing Corona restrictions might be a mistake, many shops reopened after the first lockdown on April 20th. Some high-ranking politicians, including the Chancellor and Bavaria’s First Minister Markus Söder, knew the pandemic was not over. Söder even cancelled the Oktoberfest, on April 21st. One thing is certain: When Bavarians cancel the Oktoberfest, something must be very wrong.

Berlin’s Red City Hall turned 150 this year. It accommodates the Governing Mayor and the Senate, and it was one of Berlin’s main sightseeing objects when the city still had tourists. It took ten years, from 1861 to 1871, to erect the giant building. While the construction in parts of Red City Hall was still ongoing, the first Berlin city council assembly session took place there on January 6th, 1870.

On April 28th, increased fines for traffic rule violations took effect. But, because of a formal error in the new law, it was retracted only a few weeks later. Many traffic offenders must have been happy because they got their driver’s licenses back. According to the new law, exceeding the maximum speed by 21 km/h (13 mph) meant losing one’s license. When the law was retracted, a big pile of them was returned.

On April 30th, 2020, Germany banned Hezbollah. It happened only weeks after Israel’s President Reuven Rivlin asked the government to do so, in a speech at the Berlin Bundestag. For years, Israel and the U.S. had asked Germany to take this step. For a long time, the Merkel government had insisted there was a military arm and a more moderate political arm of the organization. Not anymore.