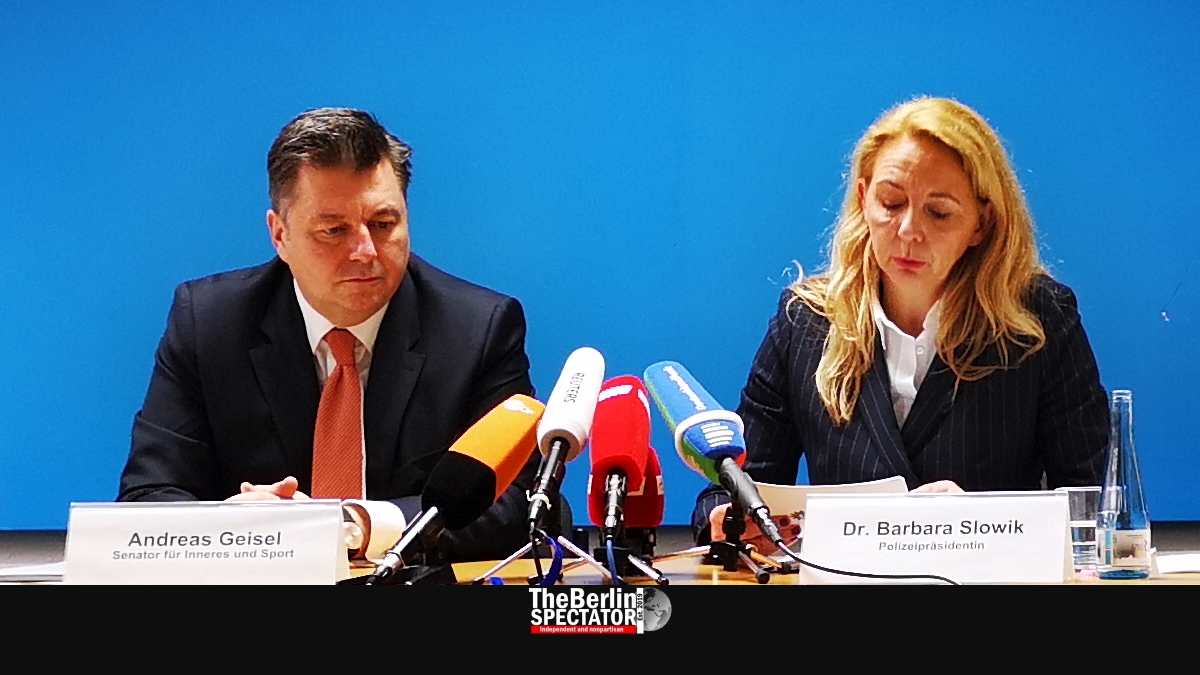 Berlin, December 18th, 2020 (The Berlin Spectator) — Protect, solve, prevent, curb: These are the four pillars of Berlin’s new anti-terror plan which is supposed to protect people from Islamist radicalization and terrorism. Since the terror attack at a Christmas market in Berlin on December 19th, 2016, four years ago on Saturday, in which twelve persons were murdered and many injured, Berlin has kept on discussing strategies and issues in the system that became apparent right after the Islamist attack in the heart of the city.

“Islamist terrorism has not vanished”, Senator Andreas Geisel told the press in Berlin. “That is why we have to continue on our path consistently.” The wave of terrorism this fall had shown “that we constantly have to question and adjust our strategies.” Berlin’s anti-terror plan showed determination, Geisel said.

The concept was not a “static product”, Andreas Geisel explained, but a “growing system” which would be resharpened on a regular basis. The plan had made Berlin safer in past four years, since the Christmas market attack. This would be the case in future as well.

Berlin’s Police Chief Barbara Slowik said whoever wanted to protect people needed to be versed and equipped for the task. With the political backing it has, the Berlin Police Department had worked on these aspects all along. “We have responsibility for the people in our city, for their safety and freedom”, Mrs. Slowik stated. One thing was to know one’s task, the other to live up to it. The fact that the police did both was summarized in the new anti-terror plan.

Michael Fischer, the head of Berlin’s Office for the Protection of the Constitution, commented as well. He said his authority was part of the fight against the threat posed by terrorism. Its task was to provide information to other agencies quickly. Radicalization and violence could not be stopped by one authority or one means only, Fischer said. The fire brigade and Berlin’s immigration authority are involved as well.

The first part of the concept is protecting the people and the city of Berlin. According to the Senate Administration of the Interior, modern equipment for the police is included here. So is the construction of police training centers, an improved coordination between officers and the protection of critical parts of the infrastructure.

Solving terrorist acts is another integral part of Berlin’s anti-terror plan. This includes reconnaissance in Islamist structures and networks, identifying and dealing with dangerous individuals and with persons who return from areas controlled, or formerly controlled, by the Islamic State. Money laundering and the financing of terrorism are in the spotlight too. The plan also includes the construction of an anti-terrorism center in Berlin.