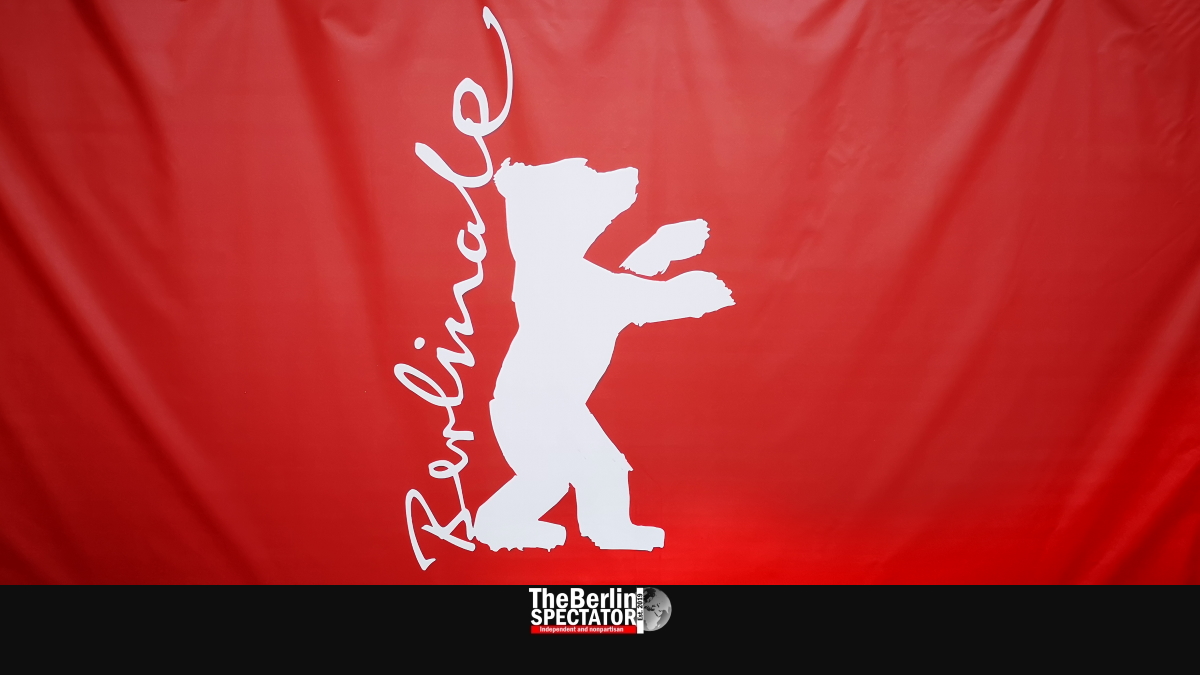 Watch this, Mr. Corona: You may have forced the organizers to postpone and rethink the Berlinale. But the Golden Bears will be given out, whatever you do.

Berlin, December 20th, 2020 (The Berlin Spectator) — This year, the Berlin International Film Festival a.k.a. Berlinale attracted thousands of movie enthusiasts. While the Corona crisis was already starting, meeting superstars somewhere in the crowd was possible. “Hi! Who are you?” “I’m Helen Mirren.” “Nice to meet you, Helen. What time is it?”

Unfortunately, these kinds of little conversations will not be happening this winter. That is because the Berlinale was just postponed. It is supposed to take place in March and in June. While the first event, from March 1st to 5th, 2021, will be online, the public can look forward to experiencing great new films in cinemas in June. At least that is what the organizers are hoping for.

What They Really Wanted to Say

Of course, their latest press release sounds very optimistic, as if nothing was going on. These are its first sentences, and the statements they should have made instead.

First sentence: Due to the current COVID-19 situation, the 71st Berlin International Film Festival has developed a new festival format for 2021 and is pleased to be able to hold the festival for the industry and the public.

Translation: Because of the mess Corona has created, we had to come up with some idea, no matter how weird it sounds. We hate the fact that the damned virus screwed up our festival.

Translation: Since you have watched Netflix for countless months now, 24 hours per day, and because you gained a lot of weight in the process, we thought we would give you more to watch. How do you like those potato chips?

Third sentence: In June, there will be a summer event with numerous film screenings for the public audiences – in cinemas as well as open air. The division allows to maintain the two supporting pillars: film market and festival.

Translation: We do not have the faintest clue what the Corona situation will look like in summer, but, since we are a major film festival, we feel the inner urge to announce movie screenings for June. Hey, at least we sound optimistic.

Well, who could blame those Berlinale people? What else should they do? Give up and cancel the whole thing? No way. “There is a great desire to meet face-to-face. The current situation does not allow a physical festival in February, at the same time it is important to offer the film industry a market within the first quarter of the year”, Berlinale Executive Director Mariette Rissenbeek said.

“With the change in the festival format in 2021, we will have the chance to protect the health of all guests and to support the restart of the cinema industry”, she stated. “With the summer event, we want to celebrate a festival for the cinema and offer the Berlinale audience the long-awaited community experience of cinema and culture.”

The part in which Mariette Rissenbeek said the Berlinale would “have the chance to protect the health of all guests” would have gotten an excellent “translation”, but we will refrain from it, out of respect. With her co-Director Carlo Chartian, she did a great job this year, and they are doing the best they can, under these circumstances, for the 71st edition.

There is one thing the virus will not screw up: Whatever Corona does, the Berlinale’s international jury will watch brilliant new films in Berlin, the city of cities, and choose prize winners. This means the Golden Bears and other awards are saved. So, Mr. Corona, you don’t want us to give out Bears? Watch us.

‘In Theaters and Under the Open Sky’

According to the festival organizers, the process of selecting the films for the competition and the Berlinale’s rubrics is taking place right now. The presentation of the winners and a “festive opening” is supposed to follow in summer. Let’s hope all of those movie theaters have A/Cs.

“As an answer to the times in which we are living, we have decided to split our offer into two distinct, yet related events and in this way fulfil the mission of the Berlinale”, Carlo Chatrian said. “While in March the film industry will be gathered online and will be able to support and give light to our selection, in summer – like a new start, 70 years after the first edition – our audiences will be able to celebrate the filmmakers and their teams, in theaters and under the open sky.” Sounds convincing.

The organizers concluded their statement with this Pulitzer Prize-worthy sentence: “Overall, the Berlinale would like to emphasize once again that the health and the well-being of all guests and employees come first in all aspects of the planning.” Oh, really? We thought you were going to spray the virus right into our faces. Good luck, guys. We can’t wait for those motion pictures.