Germany Reports Record Number of Corona Deaths within One Day 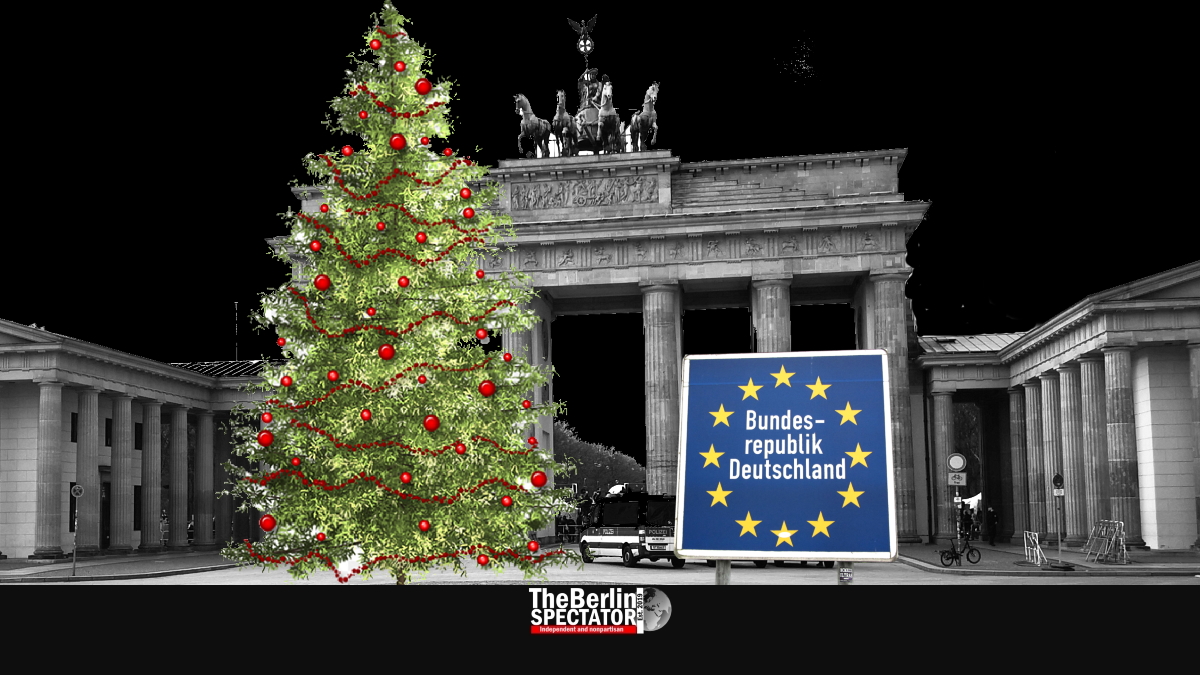 In Germany, 962 Corona patients have died within 24 hours, the Robert Koch Institute in Berlin announced. It is the highest number since the Corona crisis commenced in January of 2020.

Berlin, December 23rd, 2020 (The Berlin Spectator) — This is the situation neither Germany nor any other country ever wanted to be in. While the Federal Republic managed to keep the number of Corona-related deaths low for many months, it increased constantly in the past few weeks. The sad record number the Robert Koch Institute in Berlin released on Wednesday morning is 962.

On the other hand, the number of new infections decreased slightly. Today, 24,740 of them were registered. Of course, that number is still far too high. Germany’s Seven Day Incidence Number dropped slightly as well, to 195.1. Saxony and Thuringia remain the country’s Corona hotspots. Saxony’s Incidence Number stands at 426.8. The counties with the most alarming situations are Bautzen, where the Incidence reached 637.1, Zwickau and Görlitz.

In Berlin, the situation is deteriorating right now. Here, seven out of twelve districts now have Incidence Numbers higher than 200, and one, namely Reinickendorf, even exceeds 300. Berlin’s overall Incidence Number is 216.7.

The number of Corona patients who are being treated at Berlin’s hospitals rose to 1,634, 373 of whom are in intensive care. Two hundred and eighty-six of the latter patients are connected to respirators. Today, Berlin’s clinics are expecting more Corona patients from Brandenburg, 50 of them. The total number will increase to 101. In the neighboring province, the medical personnel at hospitals cannot cope anymore.

The German government seems to be preparing a prolongation of the relatively strict lockdown that was supposed to be in place until January 10th, 2021. Several German-language media quoted Commerce Minister Peter Altmaier who said easing restrictions was out of the question as long as Germany was “a giant hotspot”. Altmaier also suggested a strategy change in the fight against the Coronavirus.

In Germany, most schools and kindergartens were closed ahead of the official Christmas vacations. Most non-vital shops are closed as well and tight contact restrictions apply. How well those are being adhered to is hard to tell. In Berlin, the traffic on the streets in the past few days was not a good sign. In the German capital, people need a valid reason when they leave their homes, according to the local Corona rules.

On January 5th, 2021, Chancellor Angela Merkel and the First Ministers from all sixteen federal states are scheduled to convene again, for their next Corona conference. Depending on the the development until then, they might tighten the Corona rules yet again.

Since Germany lost control of the infection situation, all First Ministers see the need for strict rules. Before, several of them had opposed a nationwide tightening of restrictions several times.