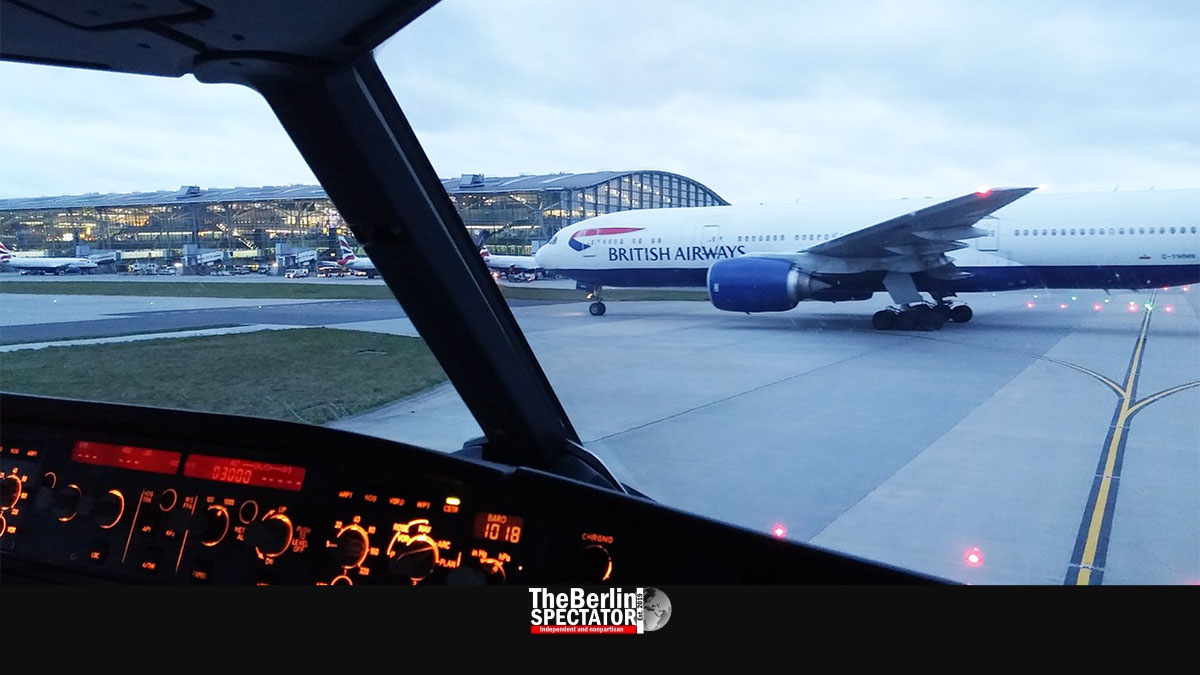 At least one person in Germany is infected with the newly discovered mutated variant of the Coronavirus. A lady brought it in from the United Kingdom.

Berlin, December 25th, 2020 (The Berlin Spectator) — According to the Health Ministry of Baden-Württemberg in Stuttgart, a woman from Great Britain, who entered Germany on December 20th, 2020, is infected with B.1.1.7, a new mutation of the Coronavirus that had recently been identified in the U.K..

The lady took a flight from Heathrow Airport to Frankfurt, where all passengers from England had to undergo quick Corona tests. She tested positive. Relatives of hers from Freudenstadt picked her up by car. The next day, she had a PCR test done, which turned out positive as well. On Thursday, the new Corona mutation was confirmed in her case.

Since her arrival, the passenger from the U.K. has been in quarantine in Freudenstadt along with three contact persons. The Health Ministry of Baden-Württemberg said she had mild Corona symptoms at this stage, while the other individuals did not.

Cases in Denmark and The Netherlands

So far, the authorities believe the new Coronavirus variant might be a lot more contagious than the version the world has been fighting for a year now. But more research needs to be done to confirm this suspicion. Because of B.1.1.7, Germany and most other European Union states had closed their airports and borders for passengers from the United Kingdom and South Africa, where the new variant is spreading as well.

The Netherlands and Denmark also confirmed the new mutation had been identified on their turf. Experts believe the Corona vaccines will likely cover the new mutation as well. Tomorrow, vaccinations are supposed to commence in Germany and the rest of the E.U..

According to the Robert Koch Institute, 25,533 new Corona infections were confirmed within 24 hours, most recently. Germany’s Seven Day Incidence Number dropped down to 188.8 from 196.2. It is supposed to be below 50. At the level it has had for weeks now, the local health authorities cannot trace back all Corona infections to their source.

What Germany’s federal states are concerned, Saxony is the one with the highest Incidence Number, namely 441.3. Thuringia has 320.6, Saxony-Anhalt 200.3.