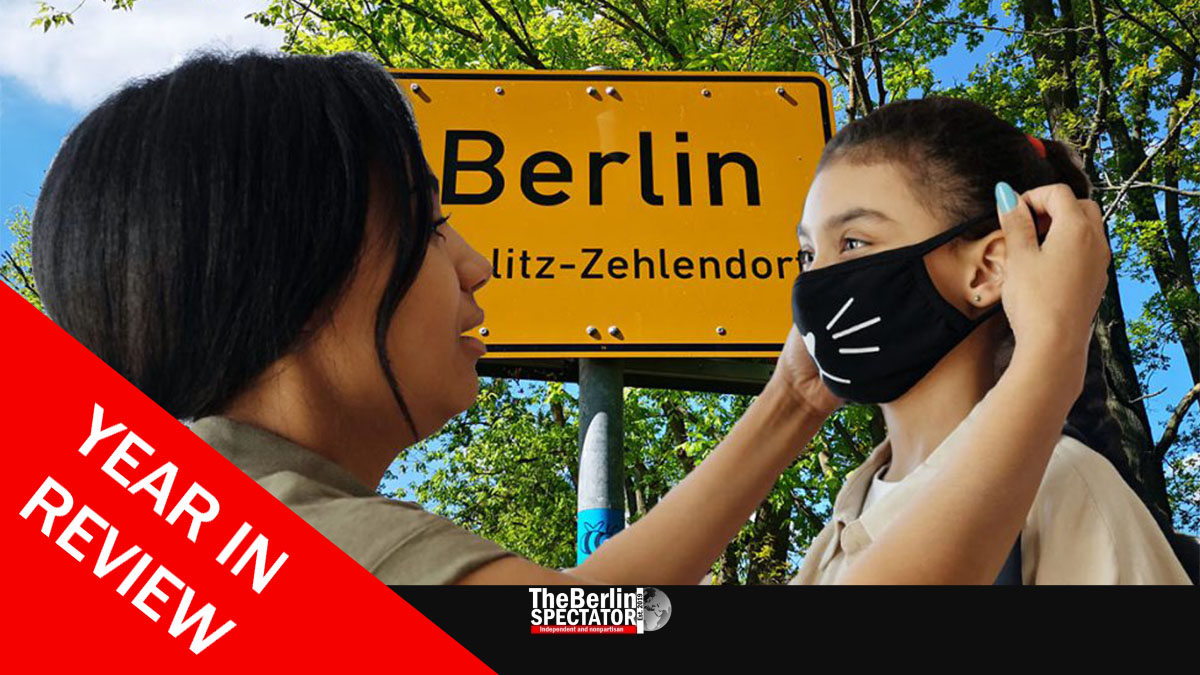 Corona defined and messed up 2020. But there were some news and events that were only partially related to the virus, or not at all.

Berlin, December 25th, 2020 (The Berlin Spectator) — On July 1st, Airbus announced it would cut thousands of jobs in several countries around the world. A day later, EasyJet said it would shrink its hub in Berlin. What triggered the crisis in the entire aviation business is obvious. (For a complete Year in Review related to Corona in 2020, please check separate feature ‘Chronology 2020: Germany and the Corona Pandemic‘.)

The Californian electric car manufacturer Tesla revised the official plans for its ‘Gigafactory’ in Brandenburg again. This time, more environmental aspects were covered. Plans to produce batteries as well were temporarily dropped. Tesla also wanted to get rid of more plantation trees around the construction site, while ecologists rejected this plan. Tesla boss Elon Musk announced a model variant he called “Berlin Model Y”. He said the vehicle would be “a revolution”.

On July 5th, The Berlin Bundestag and the Bundesrat approved Germany’s coal energy phase-out until the year 2038. The federal states that depended on coal energy, also as job creators, will receive aid in the amount of 40 billion Euro (45 billion U.S. Dollars or 36 Pounds Sterling). With these funds, the economy is supposed to be restructured accordingly.

In July, the discussion about renaming streets in Berlin was revived. Wissmannstrasse is one of them. Hermann von Wissmann, whom the street was named after and who lived from 1853 to 1905, was the “colonial administrator” of German East Africa. He contributed to the colonization there by violently crushing the resistance in the area of today’s countries Tanzania, Burundi and Rwanda, meaning he was directly responsible for terrible massacres. Mohrenstrasse was supposed to get a new name as well because its name is racist. In German, ‘Mohr’ stands for Moor.

At ‘Hasenheide’ and other parks in Berlin, thousands of young people kept on celebrating parties in spite of calls to refrain from this activity because of the dangers Corona posed. The party people did not only ignore those demands, but also left a big mess in those parks every time. They used bushes as toilets and threw their trash all over the place.

In several federal states in Germany, it was back to school. In late July, Berlin organized the beginning of the new school year. While Baden-Württemberg allowed online classes because of the Corona situation, Berlin required a physical presence, since the Corona numbers were still relatively low in summer. In all of Germany, the discussion about how to proceed at schools and kindergartens in Corona times is continuing until today.