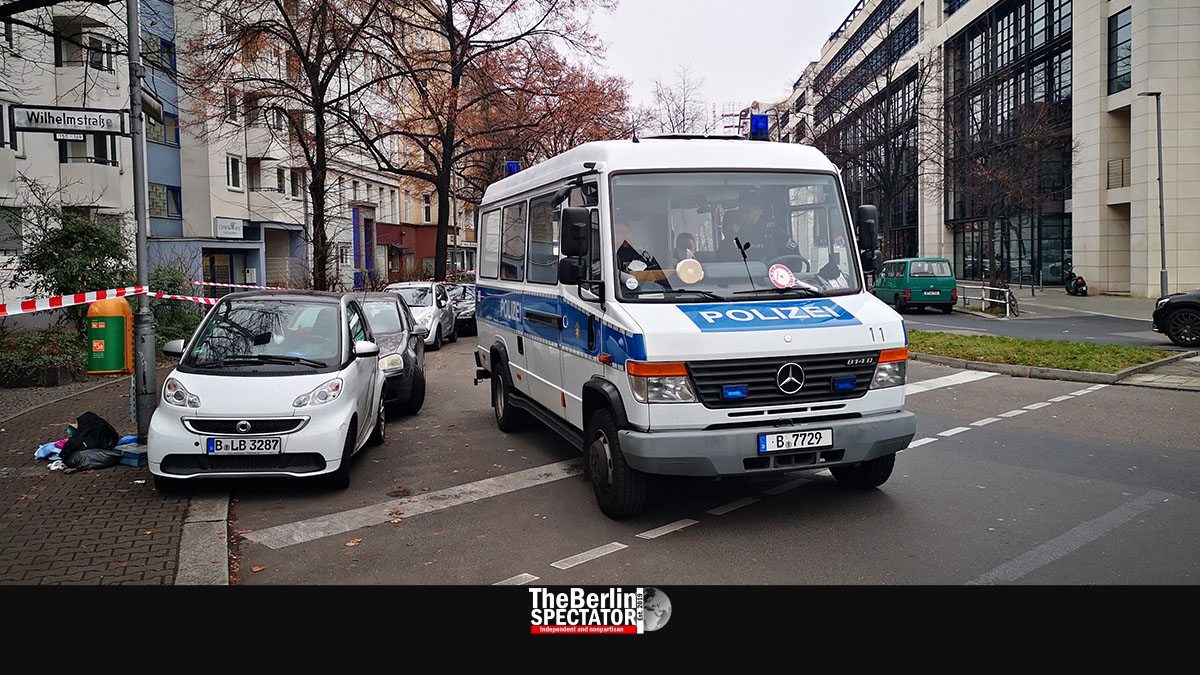 The Berlin police are investigating a shooting that took place in the early morning hours of the second Christmas Day. Forensic officers were still searching the crime scene in the late morning.

The shooting took place in a gateway in Stresemannstrasse, right across the street from the headquarters of the Social Democratic Party of Germany. It is a rather quiet neighborhood with several apartment blocks. Residents were watching the police activity through their windows.

Victim Pulled Out of Canal

Right after the shooting, police officers with machine guns searched the area at and around Stresemannstrasse. Other officers observed the area from a helicopter. One of the victims, who sustained a gun shot injury in the leg, reportedly jumped into the Landwehr Canal next to the ‘U-Bahn’ train station Möckernbrücke. He may have jumped to protect himself. Medics treated the victims on site before they were taken to hospitals.

A police spokesperson said dozens of officers had been part of the operation. In the late morning, some twenty experts were busy at the crime scene. Residents in the area were questioned. The Police Department’s homicide division took over the case.

At first, there were more questions than answers. It is unclear how many shooters there were or what their motive was. The police did not volunteer information about statements the victims may have made. But on Sunday, the prosecution in Berlin said there was an arrest warrant against a 30-year-old for attempted murder in three cases, and against another man for owning a weapon without permit. Both individuals have been treated at hospitals since the shooting.