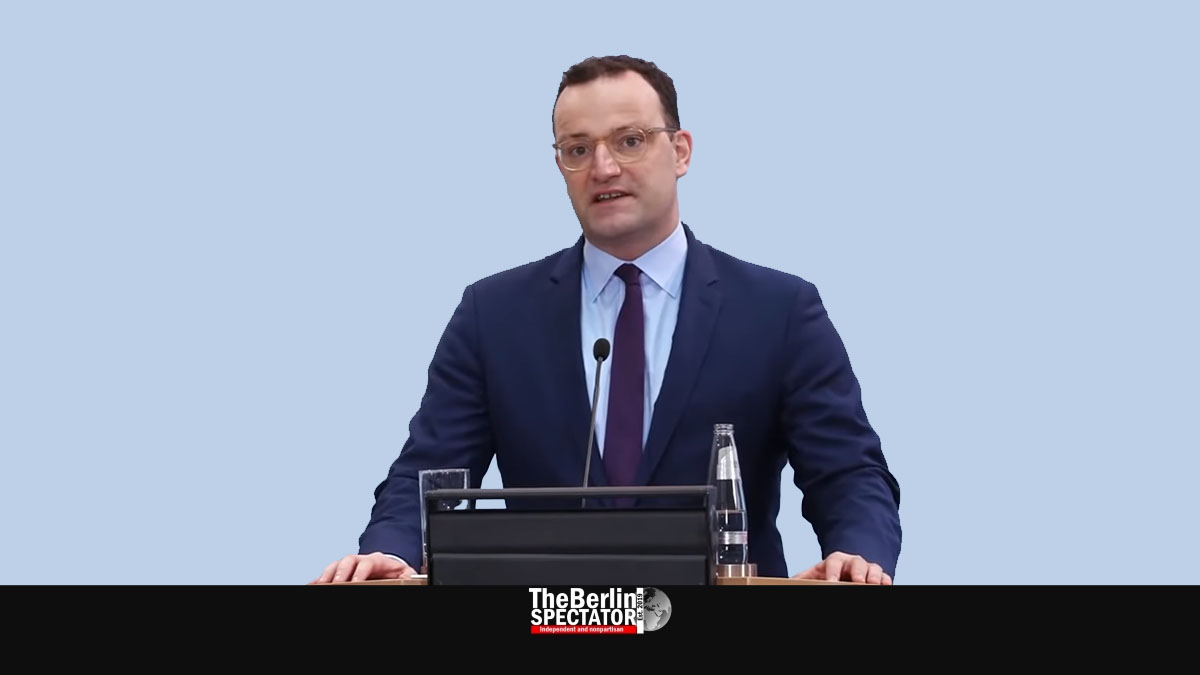 In Germany, Corona vaccinations commenced one day earlier than planned. Health Minister Jens Spahn said neither the winter of 2021 nor the next Christmas would be characterized by Corona.

Berlin, December 27th, 2020, update 2:00 p.m. (The Berlin Spectator) — Edith Kwoizalla, a 101-year-old lady who lives in a retirement home in the federal state of Saxony-Anhalt, was the first person to be vaccinated in the Federal Republic of Germany. It happened on Saturday, one day ahead of the official start of vaccinations. In German-language media, the director of her nursing home was quoted saying each day of waiting was one too many. Even Health Minister Jens Spahn was surprised.

Today, mobile vaccination teams will be visiting homes for the elderly in all parts of Germany. Vaccination centers were supposed to open as well. First, individuals over 80 years of age, caretakers and hospital staff members will be vaccinated.

According to Jens Spahn, the second vaccine delivery will arrive in Germany on Monday. Until December 31st, 1.3 million doses are expected to be delivered. In Berlin, the Minister stated the government wanted many people to be vaccinated, enough to make sure the Coronavirus stood no chance in Germany or Europe anymore. Each vaccination meant less infections and less Corona-related deaths, the Minister said. “People who take part save lives.”

The vaccination campaign, which is now underway, might run into issues at the beginning, Spahn believes. He said this was a normal occurrence in a situation like this one. But the vaccine was vital and would “help us to get our lives back”.

The vaccination centers — there are more than 400 of those in Germany — and the vaccination teams were ready, Jens Spahn stated. He warned it would take a long time to beat the Corona pandemic, but predicted that next year’s fall, winter and Christmas would not be characterized by Corona anymore.

While government members in other countries, and U.S. President Elect Joe Biden, were vaccinated early on, the members of Germany’s government will not. Spahn said the decision to vaccinate vulnerable persons first had been taken deliberately. Once it would make sense for members of the government to get vaccinated, for instance to increase trust in the vaccine, all of them would be the first to agree.

According to the Minister, everyone will be able to get vaccinated in mid-2021. Until then, vulnerable population groups were the priority. The Corona vaccinations were free and voluntary, Spahn reiterated.

Sunday is ‘Day of Hope’

The Health Senator of the city state of Berlin, Dilek Kalayci, said Sunday was “a day of hope”. She confirmed the first vaccine delivery had reached Berlin at 10:20 a.m. on Saturday. On Sunday morning, vaccination teams would start visiting retirement homes. There are 60 such teams in Berlin. Forty of them will be on their way today. Senator Kalayci stated, caretakers also had the opportunity to get vaccinated at the Vaccination Center Arena Berlin in the city’s Treptow borough.

According to a recent poll, two out of three Germans want to have themselves vaccinated.