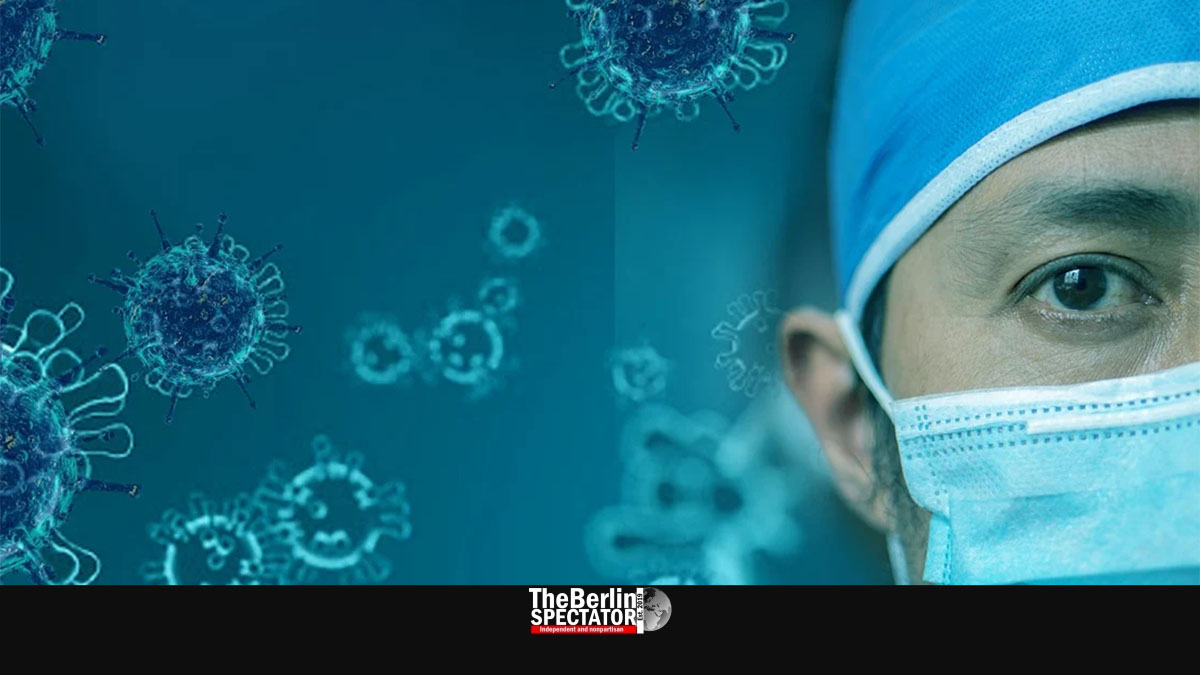 In Germany, more than 30,000 Corona patients have died since the crisis began in January of 2020. In spite of this sad number, there is hope because the first Corona vaccinations were just administered.

Berlin, December 28th, 2020 (The Berlin Spectator) — Eleven months after the first Corona infection was reported in Germany, to the day, the number of related deaths exceeded the 30,000 mark. The Robert Koch Institute reported 348 Corona patients had died within the past 24 hours. Now there are exactly 30,126 deaths. Johns Hopkins University was already at 30,297 on Monday morning.

On the two Christmas days and during the past weekend, the official number of new infections was comparatively low because most local health authorities report their numbers on workdays only. On Monday, 10,976 cases were reported.

There was good news too: Corona vaccinations are now being administered in Germany. Teams of doctors and soldiers visited dozens of retirement homes on Sunday, where they vaccinated persons older than 80 and their caretakers. Hospital staff members are also eligible to get vaccinated during this first phase.

On Saturday, Germany’s Health Minister Jens Spahn said getting vaccinated was the key to defeating the pandemic. In an interview for today’s edition of media published by ‘Funke Mediengruppe’, he dismissed calls for special rights for people who already got vaccinations. Spahn stated nobody should ask for privileges until everybody had had the chance to get vaccinated.

Many people were waiting for the first persons to be vaccinated, and those who had not been vaccinated yet expected that those who had would be patient as well, Spahn said in the interview. Earlier, Interior Minister Horst Seehofer had said he was against privileges for vaccinated individuals.

Last week, there had been talk about limiting long-distance flights to vaccinated passengers. But Lufthansa announced it would ask for negative Corona tests instead. The discussion about privileges for vaccinated persons will likely continue.

In the meantime, the First Minister of the north-eastern federal state of Mecklenburg-Hither Pomerania, Manuela Schwesig, believes the lockdown that is in place right now will have to be prolonged. At this stage, it is supposed to last until January 10th, 2021. On January 5th, Chancellor Angela Merkel and the First Ministers are supposed to discuss the Corona situation and its implications.

Schwesig said the goal was to get Germany’s Seven Day Incidence Number down to a level below 50. It stands at 161 right now, according to the Robert Koch Institute. Chancellor Angela Merkel has reportedly hinted the relatively strict lockdown would be prolonged until March of 2021.