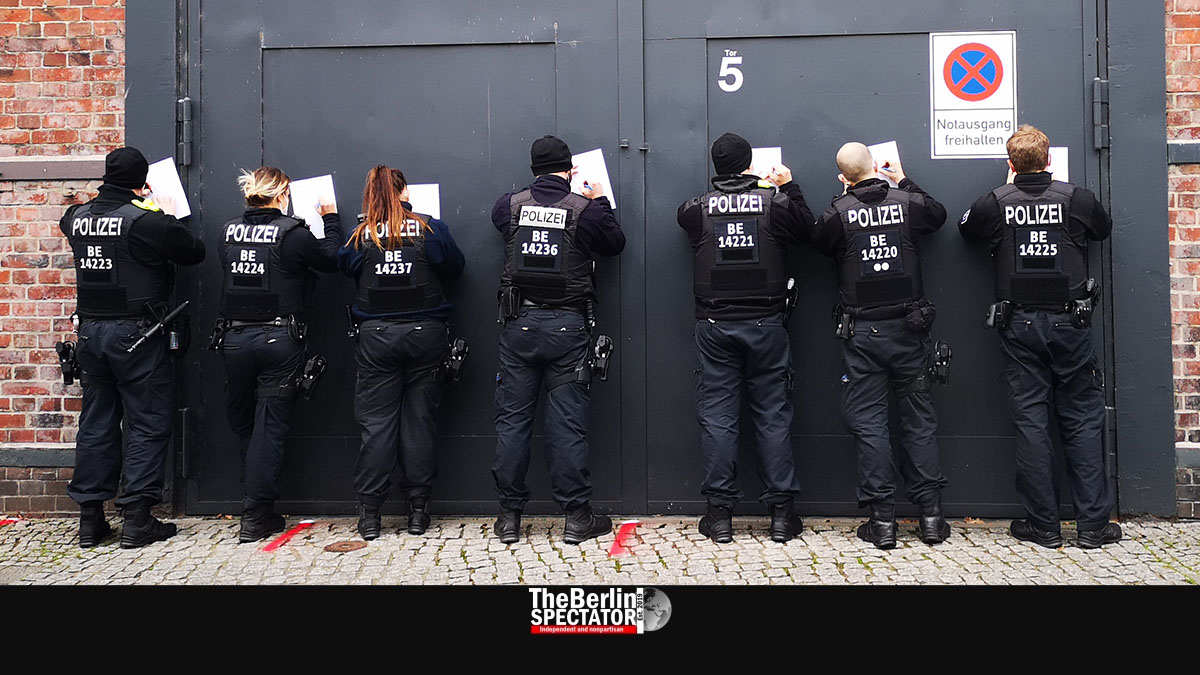 At this stage, one out of six vaccination centers in Berlin is operational. It is a rather quiet place, for now.

Berlin, December 29th, 2020 (The Berlin Spectator) — Berlin is ready to rumble. The German capital has six vaccination centers. They are located at two former airports, namely Tempelhof and Tegel, the fairgrounds, at Arena Berlin, the Velodrom and the ‘Erika Hess Ice Rink’. But, like all other city states and federal states in Germany, Berlin received few Corona vaccine doses, just enough to get going with the first priority groups. They are persons older than 80, caretakers and hospital staff.

Considering that, it was surprising to see police officers enter the Area Berlin vaccination center on Monday. In the early afternoon, seven policemen and policewomen filled out forms in front of the building. On the way in, one of them confirmed they were getting vaccinated. Of course, police officers are among those who need this kind of protection most urgently. The Police Department’s press office did not answer several calls, and therefore did not confirm any vaccination for any officers.

Other than that, it was very quiet in front of Arena Berlin. One man in a wheelchair drove up to the security guards at the entrance and asked whether he could be vaccinated. He was told he would need an invitation and that he would receive one automatically once it was his population group’s turn to get vaccinated.

Within one hour, seven cops and twelve other individuals were granted access to the vaccination center. They must have been caretakers, nurses and doctors. Two vaccination teams, consisting of soldiers and doctors, who were supposed to be vaccinating elderly people at retirement homes all day long, parked their rental minivans in front of the center. One of the drivers said the doctors had to “deal with something” in there. They may have been vaccinated themselves. Whatever it was: It took an hour.

Invitations on their Way

In Berlin, a total of 60 vaccination teams are in the process of vaccinating elderly people and caretakers. Members of these groups who live and work in private homes or elsewhere, have to come to the vaccination center. Once more vaccine doses arrive, more centers will be opened. People who are eligible to be vaccinated now are receiving invitations by postal mail these days. In Brandenburg, things are different. Eligible persons have to contact a call center to get an appointment. The number is 116117.

On the first day, Sunday, 1,800 individuals at foster and retirement homes were vaccinated. At Arena Berlin, 1,000 vaccinations per day are supposed to be administered.