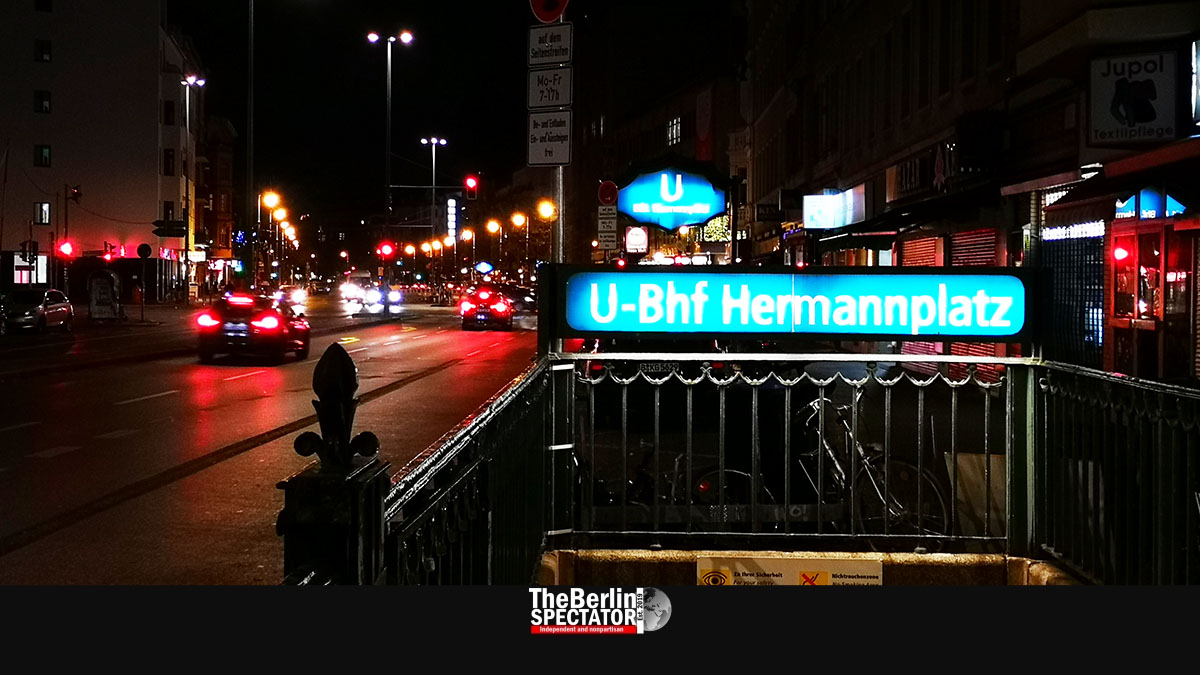 In the next 48 hours, thousands of policemen and policewomen will be enforcing assembly bans, Corona restrictions and 56 fireworks ban zones in Berlin. The Police Department prepared for two difficult days.

Berlin, December 30th, 2020 (The Berlin Spectator) — In Berlin, the police usually enforce firecracker bans in two zones, one on Alexanderplatz and one in the Steinmetzkiez neighborhood. This time, 54 additional ban zones were added. The issue is not so much the bangers and fireworks themselves, the noise or the particulate matter pollution they cause. This is more about preventing big groups from gathering in times of Corona.

Support from Other States

Not only did Berlin’s Senate Administration of the Interior introduce those firecracker ban zones, but it prohibited alcohol consumption outdoors. Besides, according to the Corona rules anyone who is outdoors needs a valid reason. Lighting fireworks is not one of them. Even the sale of pyrotechnical products is forbidden this year.

In spite of the fact that Germany’s federal states tend to need all the cops they have themselves on New Year’s Eve, Berlin managed to get support from Baden-Württemberg, Brandenburg, Hesse and Rhineland-Palatinate. The Federal Police will be helping the Berlin Police Department as well.

Today, on December 30th, some 2,000 officers will be busy in Berlin. This is about a forbidden protest Corona deniers were going to stage and some other demonstrations that were registered. Also, big gatherings are supposed to be dissolved. Bangers and fireworks may not be used at all before New Year’s Eve. This is another area the police will work on.

Tomorrow, on December 31st, 2020, as many as 2,900 police officers will be on duty. In spite of the bans and restrictions, the Berlin authorities believe lots of people will be lighting pyrotechnical products they still had or illegal ones they purchased in Poland. In Berlin, at least one convenient store was caught selling bangers. There might be unexpected issues on New Year’s Eve as well.

This is what the police in Berlin will enforce:

The police has yet another task, which is protecting the government and parliament district. On top of it all, they will have to make sure a big TV production in front of Brandenburg Gate will not be interrupted or attacked. ZDF television will put the show hosts Andrea Kiewel and Johannes B. Kerner on a big stage, along with several bands and artists.

Police Chief Barbara Slowik said Berlin was well prepared. The police had been facing challenges all year long. This would be the case on New Year’s Eve as well. According to Mrs. Slowik, the police will react to any surprises in a flexible and prudent way.

Berlin’s Interior Senator Andreas Geisel stated, the purpose of the police measures on New Year’s Eve was to reduce the risk of infection. He asked Berliners to protect themselves and everyone else. The police would deal with incorrigible individuals.

In Berlin’s 56 firecracker ban zones, not only the use of bangers and fireworks is forbidden, but also staying or assembling there. Passing through is allowed. This is a list of those zones: