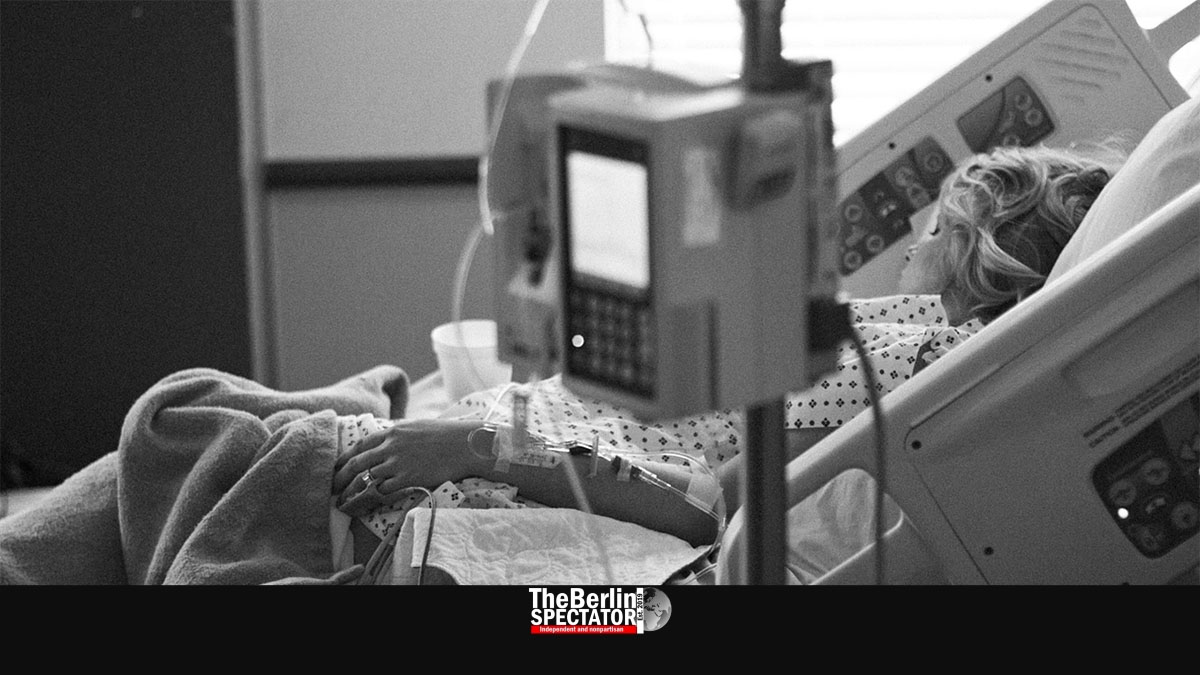 In Germany, some Corona numbers are improving slowly. But this definitely does not apply to the quantity of deaths or that of patients who are being treated at the country’s hospitals.

Berlin, December 30th, 2020 (The Berlin Spectator) — For the first time, the number of Corona-related deaths reported in Germany exceeded 1,000 within 24 hours, according to the Robert Koch Institute (RKI). Exactly 1,129 Corona patients died within this time period. A total of 22,459 new infections were registered.

In Berlin, some numbers have improved over Christmas, others have not. The number of Corona patients who are being treated at the German capital’s hospitals remains high, it stood at 1,701 on Wednesday morning. Four hundred and four of them are in intensive care, 315 are connected to respirators.

On the other hand, Berlin’s Seven Day Incidence Number dropped from above 200 before the holidays to 160.9, which is still very high, but not quite as alarming anymore, in comparison. Only two of Berlin’s districts, Spandau and Steglitz-Zehlendorf, reported Incidence Numbers above 200. Just days ago, there had been eight of them.

For Germany as a whole, the Seven Day Incidence Number stands at 141.3. The country’s main Corona hotspot is the Vogtlandkreis, a county in Saxony, where the Incidence Number is 689.4. Saxony is also the federal state with the highest Incidence Number. It was 365 on Wednesday morning.

In spite of the improving numbers, it does not look like the strict lockdown in Germany will be ended anytime soon. First of all, the number of Corona patients and Corona deaths is increasing. Secondly, ending the lockdown would most likely make the number of new infections rise again. The German government wants to make the Seven Day Incidence Number drop below 50 and stay there. Most experts doubt this goal will be reached by easing restrictions before the spring kicks in.

The First Ministers of several federal states and Berlin’s Governing Mayor Michael Müller have said they did not believe getting rid of restrictions was possible right now. Originally, the strict lockdown that was put in place on December 16th was going to last until January 10th, 2021. On January 5th, Chancellor Angela Merkel and the First Ministers are scheduled to meet again, in order to discuss the Corona situation.

What Corona vaccinations are concerned, two kinds of discussions are going on in Germany. One is about the question whether the government purchased enough doses of the anti-COVID-19 vaccine or not. The other has to do with the rights vaccinated people should have, as opposed to everyone else.

On the first issue, Bavaria’s First Minister Markus Söder had said the federal government had underestimated the urgency of ordering vaccines. For that reason, there now was a shortage of vaccine doses. Wolfgang Schäuble, the President of the Berlin Bundestag, replied in an interview with the ‘Neue Osnabrücker Zeitung’ daily.

He said impatience could not be the measure of all things. It would have been wrong to snatch away vaccines from poorer regions in the world. Health Minister Jens Spahn had been right to choose the European way, Schäuble stated in the interview.

Spahn himself participated in the discussion about privileges for vaccinated persons. He told the ‘Bild’ daily he was conflicted on this question, but made clear he did believe that private businesses, such as restaurants, could open for vaccinated people only. But it was different in public areas and in public transport.

In the meantime, the city state of Berlin announced a temporary closure of the one vaccination center it had just opened at Arena Berlin. Because only very few caretakers, nurses and doctors go there these days, it will close on December 31st, 2020, and reopen on January 4th, 2021. But vaccination teams are supposed to continue visiting retirement homes. Big clinics in Berlin just started vaccinating their staff themselves.