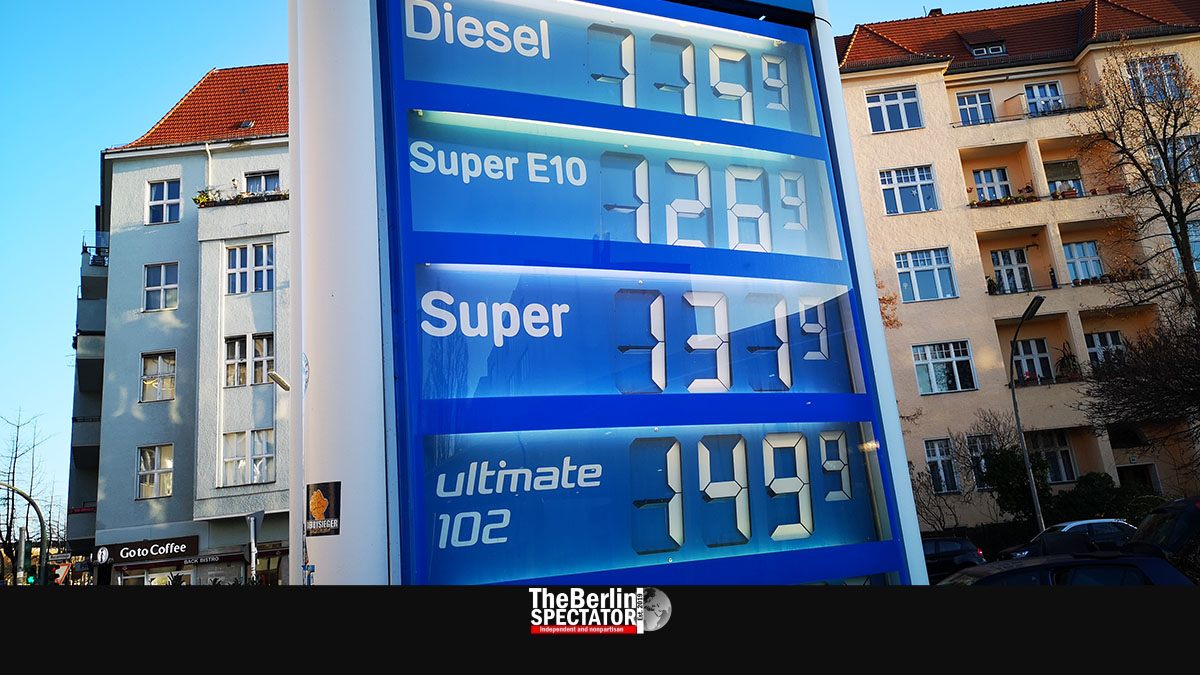 Once 2021 begins, fuel prices will increase. That is because the VAT switches back to 19 percent. And there is another reason.

Berlin, December 31st, 2020 (The Berlin Spectator) — Driving a 7-series BMW on the German Autobahn at full throttle is nice. At a speed of 250 km/h (155 mph), the trees, pastures, cows and modern day windmills fly by quite quickly. The vehicle could go even faster, in theory. But BMW blocks higher speeds electronically. So do other automakers.

They All Suck Fuel

Porsche does not block anything. That is why a 911 might overtake the 7-series at any moment. At these kinds of speeds, the engines of both of these vehicles will suck their gasoline tanks dry about as quickly as the cows fly by. If they do not slow down or hit gas stations every 250 kilometers (150 miles), the journey will be over.

Gas stations: As it turns out, far more economical cars need them too, once in a while. Neither the BMW racer or the 911 person, nor individuals who drive small cars propelled by modern Diesel engines, or hybrid vehicles that may consume 4 liters (1.06 gallons) per 100 kilometers (62 miles) or less, will like what they are about to see at the gas pump in 2021.

As soon as tonight, at midnight, prices at some gas stations might increase. The rest will likely follow on New Year’s Day. It may make sense to fill up gas tanks beforehand. This is what the General German Automobile Association (ADAC) recommends.

The expected price hike is not entirely about the German VAT, which will jump back to 19 percent, from 16 percent, on January 1st, 2021. Blowing CO2 out of exhaust pipes will cost more and more over the next years. Germany’s mineral oil tax is supposed to increase step by step. That way, driving Diesel or gasoline suckers will be less attractive.

According to the ADAC, the VAT increase will add 3 Euro cents per liter of Super E10 fuel, and the mineral oil tax 7 cents, meaning the increase will be around 10 cents per liter for E10, and even a little more for Diesel. In the past ten months, gasoline prices in Germany had been at their lowest levels in many years. At times, they dropped below 1 Euro per liter. But this phase is over.

One thing is certain: Hitting the kickdown on the Autobahn will not be that much fun anymore, because all racers will remember the fact that the next gas station visit is coming closer and closer, unless they drive Teslas, Taycans, ID3s, ID4s or other electric vehicles, and that someon will have to pay the bill.

For those who feel like increasing their car costs even more, driving a vehicle that blows out more than 195 grams of CO2 per kilometer is the right way to achieve that goal. In these cases, the vehicle tax in Germany will double with the new year. At the same time, the tax for cars that pollute the air far less, under 95 grams per kilometer, will decrease.