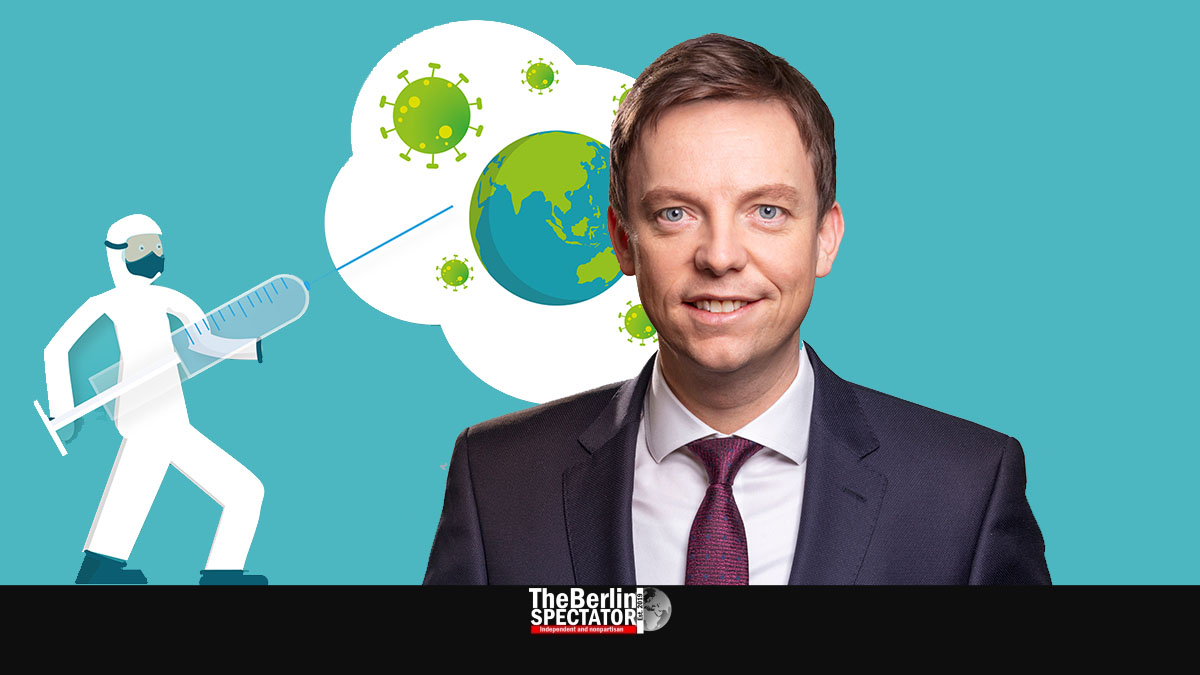 Ahead of the next Corona conference on Tuesday, several First Ministers and other German politicians have said there was no alternative to prolonging the Corona lockdown. It will probably be extended until the end of the month.

Berlin, January 4th, 2021 (The Berlin Spectator) — First Minister Tobias Hans from Saarland, one of the smallest federal states in Germany, wants the country to extend the hard lockdown that was put in place in mid-December. “In order to prevent a third wave from hitting, we have to stick to the hard lockdown”, he said in an interview with the newspapers released by the ‘Funke Mediengruppe’ publishing house.

He suggested the Corona numbers that had been released in the past days were deceptive. Time was needed to assess the ramifications of Christmas and New Year’s Eve on the infection situation, Tobias Hans stated. Opening schools or kindergartens normally was not conceivable at this stage. “Our hospitals have reached the limit of their capacity. We will not manage to be back in control of the situation without prolonging the lockdown.”

Tobias Hans is not alone with this opinion. His Bavarian colleague Markus Söder went even further. In an interview with ‘Bild Live’, he said the lockdown needed to be extended until the end of January and did not rule out yet another prolongation afterwards.

The SPD’s co-chairlady Saskia Esken told the ‘Rheinische Post’ daily, returning to regular classes at schools was illusory. In an interview with the ‘Passauer Neue Presse’, her party colleague Karl Lauterbach said the number of new Corona infections needed to be reduced more than anticipated, also because of the recently discovered mutated version of the virus.

So far, Germany’s goal is to get to a Seven Day Incidence Number of 50. Lauterbach stated this was not nearly enough because Germany would likely have to deal with a version of Corona that was more contagious. The SPD’s health expert insisted the incidence number should be decreased to a level of 25.

Germany’s Education Minister Anja Karliczek told ‘Funke Mediengruppe’, a return to regular classes at schools was “not imaginable” right now. She said difficult weeks were ahead. She said the situation at schools would probably remain difficult in the coming weeks.

In the meantime, the German government is being criticized harshly for not providing enough vaccine. So far, 238,000 persons have been vaccinated, according to the Robert Koch Institute. Health Minister Jens Spahn told RTL television, 1.3 million vaccine doses had already been delivered to the federal states. By the end of January, that number would be increased to four million.

Israel and the U.K.

Each person needs to be vaccinated twice, which means that 4 million doses will cover two million people. In some countries, including Israel and the United Kingdom, far more people have been vaccinated than in Germany.

Most recently, the Robert Koch Institute in Berlin reported 9847 new Corona infections in the past 24 hours. Three hundred and two Corona patients have died since yesterday morning. After weekends and holidays, the numbers are usually lower. It remains to be seen how much they will increase later this week.