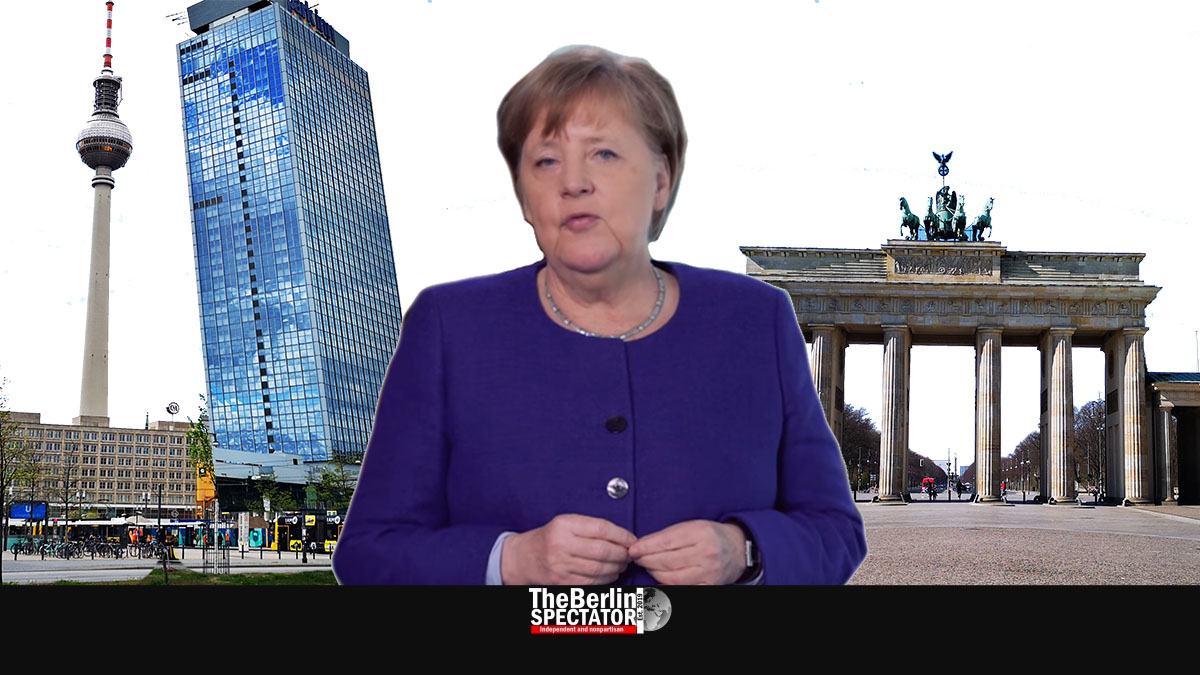 In Germany, the federal government and the federal states will decide to prolong the lockdown later today. There is one controversial question: What, if anything at all, will happen at schools and kindergartens?

Berlin, January 5th, 2021 (The Berlin Spectator) — Chancellor Angela Merkel and the heads of government of Germany’s federal states are scheduled to begin their next Corona conference on Tuesday in the early afternoon. It is a foregone conclusion that the ongoing strict lockdown will be extended, probably until the end of January, because the infection numbers and the number of Corona-related deaths are still very high. Originally, the lockdown was going to last until January 10th.

Berlin’s Governing Mayor Michael Müller, who also heads the Conference of First Ministers, told the RBB television and radio network the lockdown would be extended until January 31st, 2021. He said there was some improvement what the Incidence Numbers were concerned. But the clinics were still dealing with a high number of Corona patients.

Since December 16th, 2020, all non-vital shops have been closed. The same applies to museums and other cultural facilities. What contacts are concerned, up to five people from up to two households to meet. Children up to 14 years of age do not count. Some federal states changed the rules to some extent.

All in all, the Corona situation is still alarming. While the latest number of related deaths in the past 24 hours is extremely high, that of new infections is much lower than it was in December. A many as 944 Corona patients died since yesterday, according to the Robert Koch Institute in Berlin. The local health authorities reported 11.897 new infections within 24 hours.

It is unclear whether all cases and deaths that occurred during the Christmas holidays have been reported by now. The weekend numbers that come in on Mondays and Tuesdays are usually lower than the ones that are being released from Wednesdays, Thursdays and Fridays.

Saxony and Thuringia are Germany’s main Corona hotspots. The Incidence Number in Saxony is 298.7, while Thuringia stands at 241.8. Out of sixteen federal states, they are the only ones that are above 200.

According to a new YouGov poll mentioned by many German-language media, a large majority of all Germans favors a prolongation of the lockdown. About two in three respondents said the measures put in place in mid-December needed to be valid beyond January 10th. One in four even said the Corona rules should be stricter than they are right now.