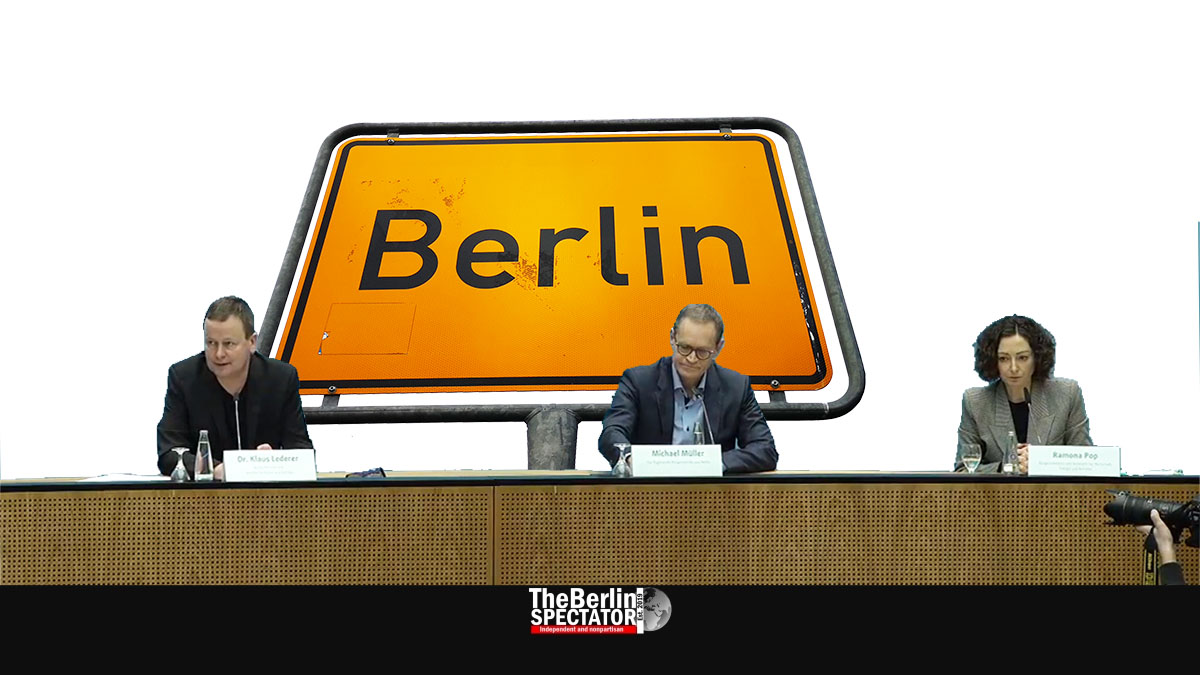 On Wednesday, the Berlin Senate officially adopted the new lockdown and contact restrictions. There is one exception though. The new rules kick in on Sunday.

Berlin, January 6th, 2021 (The Berlin Spectator) — The city state of Berlin just adopted the decisions Chancellor Angela Merkel and the First Ministers took yesterday. This means that the lockdown was prolonged and the contact restrictions were tightened in the German capital as well. Governing Mayor Michael Müller and the Senators made one exception.

In Germany, members of one household may gather with up to one person from another household, according to the new Corona rules. The Berlin Senate decided to make an exception for single parents. In their cases, their own children under the age of twelve do not count. This means single parents can gather with one adult who lives somewhere else plus their children. Schools in Berlin will be opened incrementally starting on January 11th.

Müller said he knew the new rules were a burden to many and that people were sick of even hearing about restrictions. But, even in the new year, the Senate needed to act. The fact that the Incidence Number for Berlin had dropped showed that the measures that had been taken had had an effect. It was also clear that many Berliners were dealing with the Corona pandemic and the restrictions calmly. Müller thanked them.

Germany: The Party Continues in Spite of Rising Infection…

But the Governing Mayor made clear there were bad news too. Just this morning, he had received information from the Charité hospital according to which there was no easing of the situation in regard to Corona patients who were in a bad condition. Help was urgently needed here. Müller was referring to the acceptance of the new rules.

He stressed that there now were two ways to fight the Coronavirus, namely restrictions and vaccinations. Berlin was on the “fifth or sixth place in Germany” what its vaccination rate was concerned. Michael Müller also confirmed that the city state had capacities for the vaccination of hospital staff, in spite of the vaccine shortage.

Müller announced Berlin would receive 30,000 vaccination doses on January 8th, and again on January 18th, 2021. After the latter date, there would be deliveries every week. At the same time, he said the next three weeks would be tough, and asked Berliners to support the Senate in its efforts.

Senator Lederer explained that the so-called leash rule would be discussed with neighboring Brandenburg on Thursday. This new rule says that residents of Corona hotspots can be confined to the area of a 15-kilometer (9.3 mile) radius around their home. While Berlin is not a hotspot anymore, several counties in Brandenburg are. The new definition of hotspot is a city or county with a Seven Day Incidence Number higher than 200.

Towards the end of the press conference, Michael Müller said he was worried about all the traffic he had seen in Berlin. During the first lockdown in spring, the city had been “absolutely calm”, but not this time. Berliners still needed valid reasons to leave their homes, he stressed.

Germany: New Corona Infections and Corona-Related Deaths on the Rise