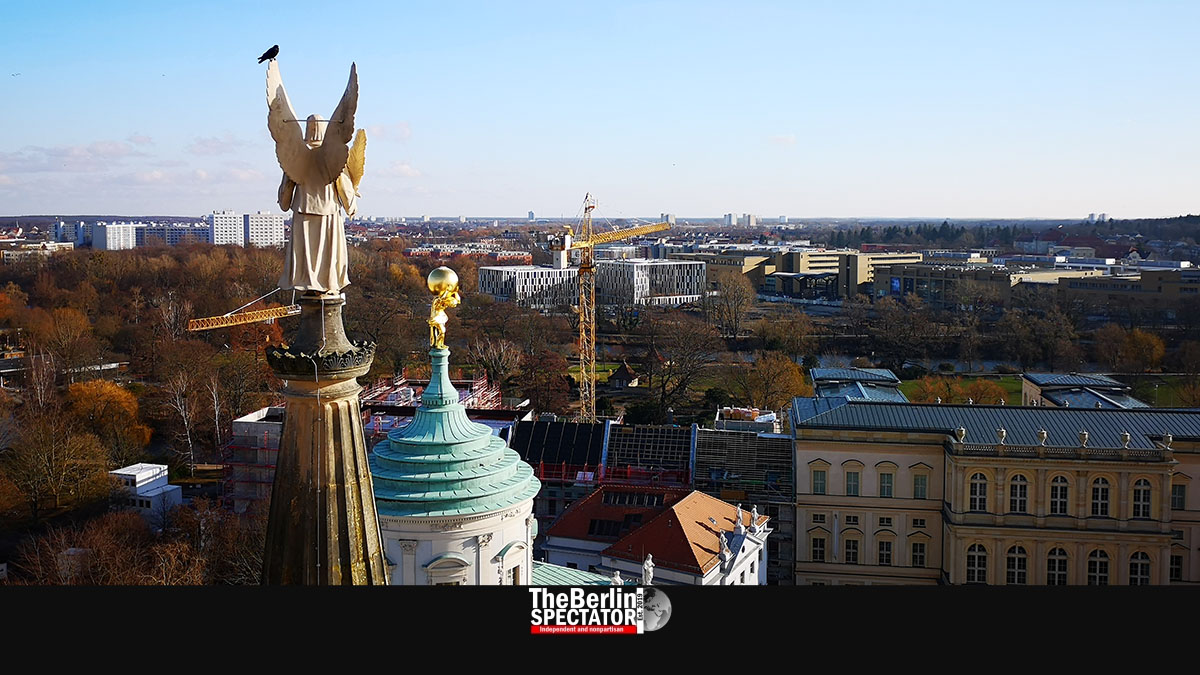 Tomorrow, the federal state of Brandenburg will have new anti-Corona rules. For instance, the ‘leash rule’ was adopted.

Berlin, January 8th, 2021, update 7:37 p.m. (The Berlin Spectator) — Brandenburg just dumped its nightly curfews, but announced strict new Corona rules that are based on the latest decisions taken by Chancellor Angela Merkel and all First Ministers in Germany. The infection situation in Brandenburg is worrisome.

Brandenburgs First Minister Dietmar Woidke announced the new rules after he took part in a state parliament session. He also headed several cabinet meetings. Non-vital shops remain closed. So will all schools. While Brandenburg usually arranges its Corona rules with neighboring Berlin, the state deviated in several ways this time.

The Berlin Senate was harshly criticized by headmasters, teachers and parents for its decision to open schools gradually starting on Monday, which was retracted on Friday. In Potsdam, the government decided to leave the schools closed, for now. January 18th is the earliest day some grades in Brandenburg might (or might not) have to return to school. Primary schools will not open before January 25th, 2021. Kindergartens in Brandenburg will remain open, in spite of it all. This is not the case in Berlin.

What the contact restrictions are concerned, Dietmar Woidke’s government went for a mixture of the rules Berlin is putting in place and those most of Germany will follow: In Brandenburg, people may gather with one person from a different household, while children up to the age of 14 do not count.

In Berlin, people may be with up to one person who lives somewhere else. The city state included one exception: Single parents do not have to count their own children here. This means, a single mom or single dad in Berlin can visit friends or relatives who live in another household with all of their children.

The contact restrictions for the rest of Germany does not include exceptions, meaning the maximum number of people from a different household anyone can meet is one, no matter how old that person is. That way, the decrease of the number of new Corona infections per day is supposed to be sped up.

As opposed to Berlin, Brandenburg will make use of the so-called leash rule. In regions with Seven Day Incidence Numbers higher than 200, residents will be confined to the area of a 15-kilometer (9.3 mile) radius around their county or town. First Minister Woidke said this was about curbing day-trip tourism. Necessary trips, for instance to work, to the doctor or to a supermarket, are allowed, even if they are farther away. The leash rule will apply when a county is above 200 for five days in a row.

The extremist right-wing party AfD at the state parliament in Potsdam slammed the government’s approach and demanded a cancellation of all anti-Corona measures.

Brandenburg has a Seven Day Incidence Number of 254.4, which is very high. Fourteen counties are above 200, out of which six are above 300, and two of them stand at around 500. They are Elbe-Elster and Spree-Neisse (original spelling ‘Neiße’).