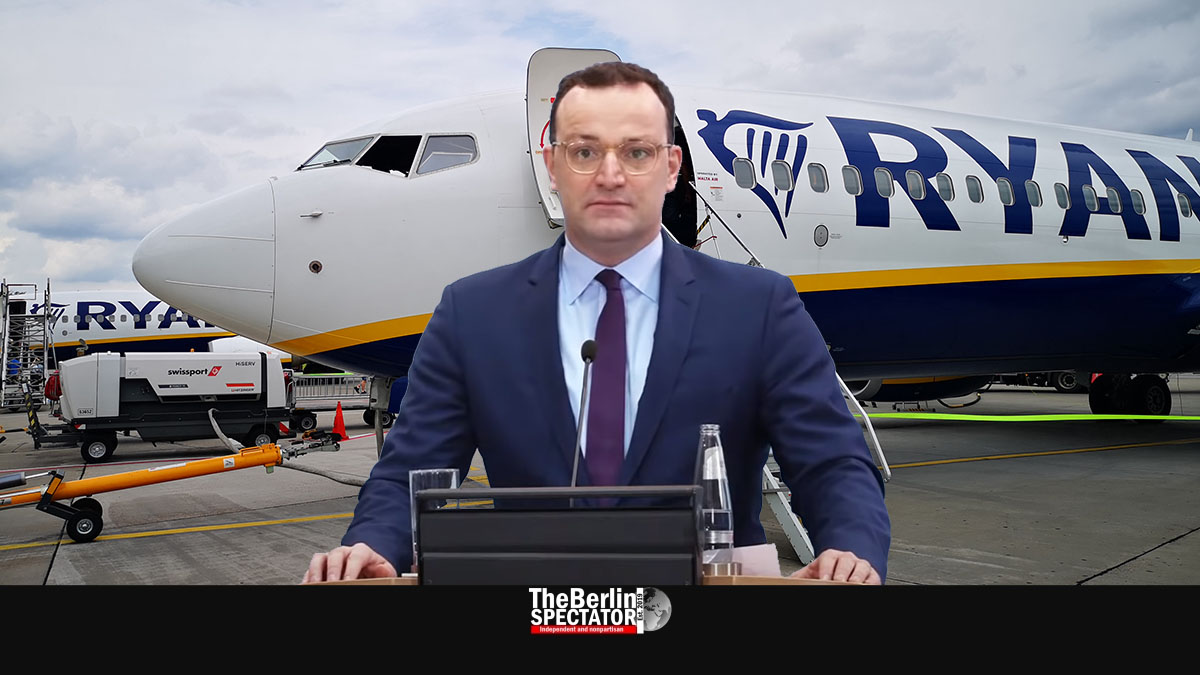 Germany’s Health Minister Jens Spahn wants to curb the import of newly discovered and more contagious Coronavirus variants. That is why he is working on putting in place a new rule.

Berlin, January 12th, 2021 (The Berlin Spectator) — Within two days, Health Minister Jens Spahn intends to put in place a new rule for flight passengers. It will concern those who come in from countries in which more contagious variants of the Coronavirus are spreading, and passengers from countries with Seven Day Incidence Numbers higher than 200.

The idea is that those passengers will have to get tested before they travel. Especially individuals who intend to fly to Germany from Britain, Ireland and South Africa will be affected. Starting the day after tomorrow, January 14th, 2021, they will not be able to enter Germany without a negative Corona test. The same is supposed to apply to passengers from countries with very high infection numbers.

The airlines are supposed to check their passengers’ Corona test documents. In part, the measure Minister Spahn is working on is supposed to keep Germans from travelling to countries with high Incidence Numbers or more contagious Coronavirus variants, and from importing those to Germany.

According to the Ministry of health, this rule is necessary in order to make sure the infection situation in Germany does not worsen. Spahn also insists on uniform rules for the entire country. With the incoming data, the local health authorities are supposed to check whether incoming passengers follow the quarantine rule which already applies.

Transit passengers who enter high risk countries in order to catch another flight, or those who change planes at German airports on their way to a third country, will be exempt from the new rule Spahn wants to enact. The same applies to diplomats, politicians and commuters. German telecommunications companies are supposed to inform all incoming passengers about the new rule via SMS. According to German-language media, the rule will be in place until the end of March or further notice.

Today, Germany will receive its first delivery of vaccines made by the U.S. company Moderna. An immediate resolution to one issue, namely a lack of vaccine doses, is not expected, but the delivery is a step in the right direction. More than 600,000 Germans and residents of other nationalities have been vaccinated already.

As it turns out, there is a new problem regarding vaccinations: Too many caretakers in retirement homes seem to refuse them. In an interview with the ‘Süddeutsche Zeitung’ daily, Bavaria’s First Minister Markus Söder demanded at discussion about mandatory vaccinations for caretakers. He asked the German Ethics Council to answer the question whether compulsory vaccinations for certain population groups would be feasible, and for advice on how to approach the subject.