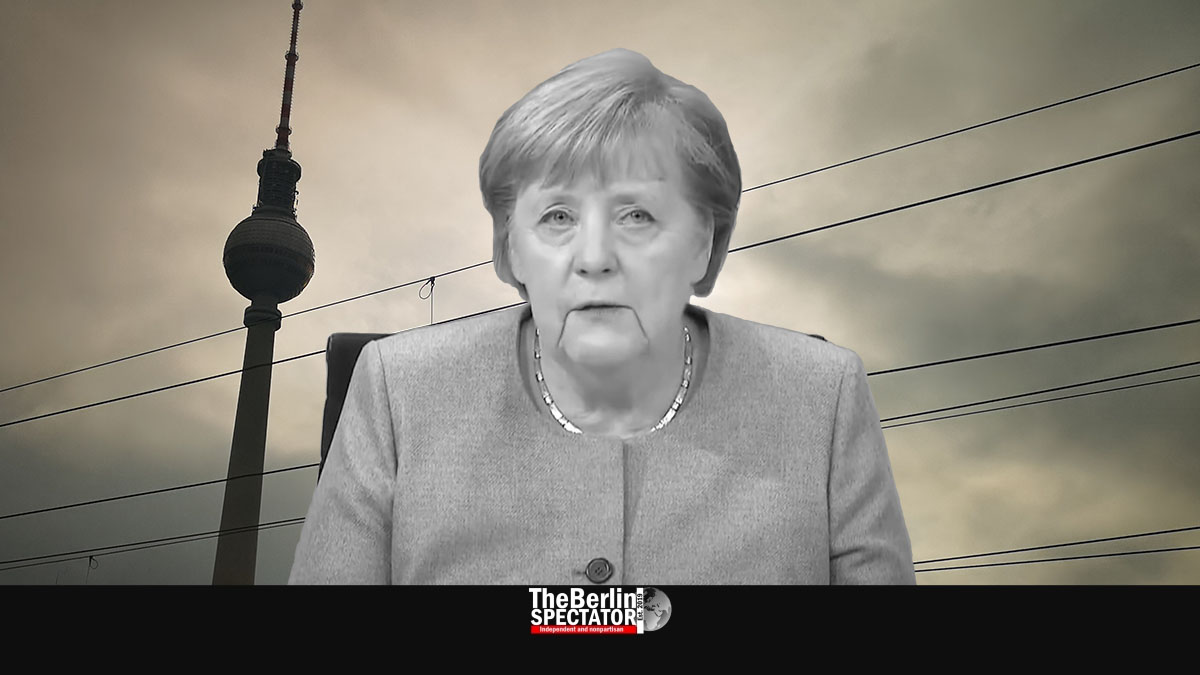 Because of a more contagious Coronavirus variant, the number of infections in Ireland has decupled within a few days. Chancellor Merkel fears the same might happen in Germany.

Berlin, January 13th, 2021 (The Berlin Spectator) — Angela Merkel is expecting hard times until Easter. According to several German-language dailies, she said so during a meeting. The ‘Welt’ daily reports she had warned of a spread of newly discovered virus mutations in Germany. Mrs. Merkel reportedly mentioned the alarming situation in Ireland.

Ralph Brinkhaus, the floor leader of Mrs. Merkels CDU at the Berlin Bundestag, said the lockdown would need to be tightened in case what he called “the British virus mutations” reached Germany. He stated schools needed to remain closed, while retirement homes had to be protected consistently.

The number of new Corona infections in Germany remains high. According to the Robert Koch Institute, 19,600 new infections were reported since yesterday. In the past 24 hours, 1,188 Corona patients died. This is the kind of sad number Germany hoped to avoid just a few weeks ago. The Seven Day Incidence Number decreased slightly. It now stands at 155. Out of Germany’s sixteen federal states, Thuringia now has the highest Incidence Number, namely 324,2, as of Wednesday morning.

In the meantime, the number of Corona vaccinations is relatively low because of a lack of vaccines. There are differences between the federal states. For instance, only 0.58 percent of all residents in Saxony have been vaccinated by now. With 0.59 percent, Thuringia, the main Corona hotspot at this stage, does not look much better. In Berlin, the percentage is 0.92. The two northernmost states which have far less Coronavirus infections are vaccinating a lot faster. In Mecklenburg-Hither Pomerania, 1.67 percent have been vaccinated, and 1.32 in Schleswig-Holstein.

Because of the threat those new Coronavirus variants pose, the Health Ministry in Berlin is reportedly working on new rules for passengers who enter Germany from countries in which more contagious variants of the Coronavirus are spreading, such as Ireland, Britain and South Africa.

The city state of Berlin just updated its version of the Corona rules yet again. For instance, boating and flight schools now have to close. Persons who travel to Berlin from abroad and who visited a high risk area within ten days before their trip need to get tested for Corona within 48 hours before they arrive, or immediately upon arrival.

Also, the so-called leash rule applies if and when Berlin’s Seven Day Incidence Number exceeds 200. This means Berliners might be confined to their city and a 15 kilometer (9.3 mile) radius around it. On Wednesday morning, Berlin’s Incidence Number stood at 199.9.