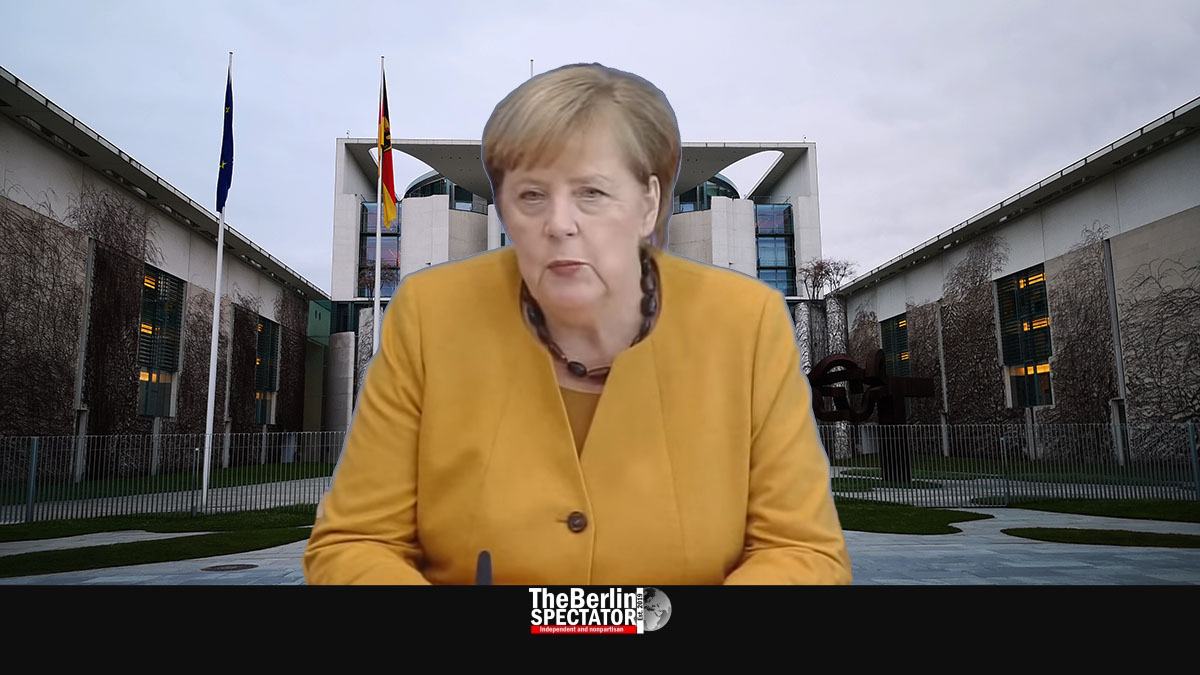 Because of high infection numbers and newly discovered Coronavirus mutations, Chancellor Angela Merkel intends to tighten the pandemic rules further. A preponement of the next Corona conference was just announced.

Berlin, January 15th, 2021, update 12:30 p.m. (The Berlin Spectator) — Weeks into a tightened lockdown, the infection situation in Germany is not really improving. On Thursday, a record number of Corona-related deaths was reported. And a newly discovered, more contagious version of the Coronavirus has reached the country. These are aspects that worry tens of millions of Germans, including their Chancellor.

During a party meeting on Thursday night, Mrs. Merkel reportedly said the Coronavirus could only be curbed with additional effort. At least some First Ministers support her approach. Baden-Württemberg’s Winfried Kretschmann announced, he would take a stand for new and tighter restrictions.

It is unclear what exactly any new measures might look like. Reports according to which public transport in Germany was going to be shut down were denied by the government. Companies could be forced to let more employees work from home. Freedom of movement might be restricted further. Closing borders again and making FFP2 masks mandatory are reportedly being discussed. In Germany, a lockdown put in place in November was tightened in December, and again in early January.

Since the existing Corona rules are already sort of strict, there is not much the government can do. Whether curfews will be discussed or not is not known. Next week, Angela Merkel also wants to discuss the Corona situation with the heads of government and heads of state of all European Union countries.

Mutated versions of the Coronavirus that were discovered in the United Kingdom, South Africa and other countries are one of the reasons Chancellor Merkel wants to tighten the existing rules. She intends to prevent the alarming situation in Ireland and Britain from happening in Germany too.

On Thursday, Professor Lothar Wieler, the head of the Robert Koch Institute, had said the Corona numbers had to be decreased now. Therefore, contacts needed to be reduced. He said tightening the rules further was an option that needed to be discussed. For now, Professor Wieler asked Germans to adhere to the existing rules. “Please stay at home, whenever possible”, he said.

The total number of Corona infections in Germany since the crisis began a year ago just exceeded the 2 million mark. Since yesterday, 22,368 new infections were reported, and 1,113 related deaths. Germany’s Seven Day Incidence Number is now at 146.1.