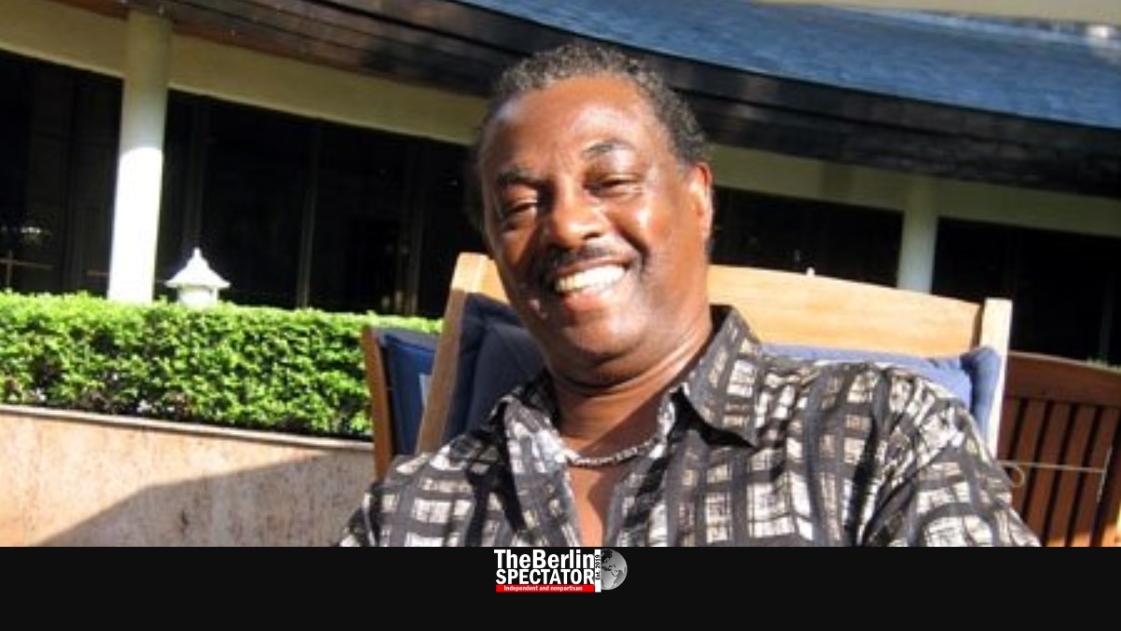 Funk equals Kool & the Gang, and vice versa. They co-invented Funk, they have been delivering it for more than half a century and they are almost as active today as they were in the 1970s. Did we mention they are coming to Germany?

Berlin, January 15th, 2021 (The Berlin Spectator) — Two gifted brothers, Robert ‘Kool’ Bell and Ronald Bell from New Jersey, were known as The Jazz Birds in 1960. It did not take long until they became The Jazziacs. What followed in 1964, when most of today’s Kool & the Gang fans were not even conceived, would lead to a huge success.

In Jersey City, just across the Hudson River from Manhattan, they teamed up with a bunch of fellow musicians, in order to establish Kool & the Gang, a band which is still very active today, 55 years ahead. The Bell brothers and their fellow band members have delivered countless tunes absolutely everyone in the western world knows well, in some cases even too well.

Does ‘Ladies’ Night’ ring a bell? How about ‘Open Sesame’? ‘Celebration’ is one of the most famous party hits on this planet. When Kool & the Gang turned from Funk to Pop in the mid-1980s, they did ‘Joanna’ and other songs which were played by radio stations all over the world. With those, they may not have lived up to their history of Jazz and Funk, meaning they did not sound like themselves for a while. But new ‘target groups’ loved that kind of sound and bought their albums like crazy.

That was more than three decades ago. Today, they are as funky and jazzy as they were in the 1970s. Their early hits ‘Jungle Boogie’ and ‘Hollywood Swinging’, energetic Jazz-Funk pieces, are always part of their shows, along with many other tunes which always make audiences dance.

In 2006, they hit the stage of the festival the author of these lines was organizing back then in Sofia, Bulgaria. That gig was perfect in every way. Kool & the Gang spread the kind of energy they are famous for. It was a well choreographed Funk show which made absolutely everyone dance and cheer. The National Palace of Culture was shaking when they delivered yet again.

It also became clear that to Robert and Ronald Bell, two extremely nice guys, the gigging and traveling had become a routine. After decades of tours, including all the waiting at airport lounges and in hotel lobbies, nobody can blame them for being more interested in real estate investments and purchasing new suits on Vitosha Boulevard, Sofia’s more expensive shopping street, than in talking about Funk and Jazz.

But their love for real music is audible when they are on stage, and on many of the 23 studio albums they have released since 1970. ‘Chocolate Buttermilk’, recorded in 1969, was an instrumental piece with a prominent brass section. ‘Give It Up’ and all of those other early tunes already contained parts of their fascinating signature sound.

In the mid-1970s they added soulful vocals. Both their energetic Funk tunes and their smooth Soul ballads were very convincing, including ‘Whisper Softly’, one of their most beautiful pieces, recorded in 1976. It did not take long until Kool & the Gang’s big Funk hits were played in discotheques like crazy, including at New York’s ‘Studio 54’, during the Disco era. The latter provided the world with terrible pieces by terrible bands, but also with the real thing by acts like The Brothers Johnson, Earth, Wind and Fire, Chic or Kool & the Gang.

During those times, they cooperated with the Brazilian producer, composer and Jazz-Funk pianist Eumir Deodato. As their lead singer, they got James Taylor (no, not the ‘Fire & Rain’ guy, and not the founder of the British Jazz-Funk act The James Taylor Quartet, but yet another James Taylor). Like other bands, they tried hard to adopt to the sound of the 1980s, which many Funk purists hated. But those attempts to go with the flow lead to considerable success. Their 1984 album ‘Emergency’ was extremely commercial, and it sold like warm bagels. ‘Cherish’ and other tunes may have been hard to digest to some of their old fans, but they did sell.

The Leafs and the Trees

Tragedy struck last year, in September of 2020, when co-founder Ronald Bell died at age 68. The vocalist, saxophone hero and composer co-wrote countless Kool & the Gang tunes, including ‘Jungle Boogie’, ‘Celebration’, and ‘Ladies’ Night’. It was a big loss. But the big journey and the Funk continue.

After 55 years, Kool & the Gang are still a killer live band with several original members, including the great Dennis Thomas on alto sax and vocals. It usually takes the band about two seconds to make their audiences get up from their seats. And they will satisfy both younger fans and those who know ‘Morning Star’ or ‘Wild & Peaceful’, or those who can recite the intro speech to ‘Think it Over’ by heart: “Why does the sun kiss the Earth every morning? Why does the wind comb the leafs on the trees? And why do our hearts keep on reaching for each other? That’s love. And that’s the way it should be.”

Let’s get to the main message of this article: They are coming. Yes, like all bands on the planet, Kool & the Gang were kept from touring by the f*cking Coronavirus. But two concerts are scheduled in Germany (as of January 15th, 2021). On July 31st, 2021, they will be raising the roof at the Schlossgarten in Schwetzingen, even though there is none. Then, on August 3rd, 2021, they are scheduled to hit another open air stage, in Zwickau.

Kool & the Gang’s complete tour plan can be checked out on their website. (On January 14, 2021, their gigs were not listed yet. Also the passing of Ronald Bell has not been announced on their website.) Tickets for their German gigs are available here. Let there be Funk!