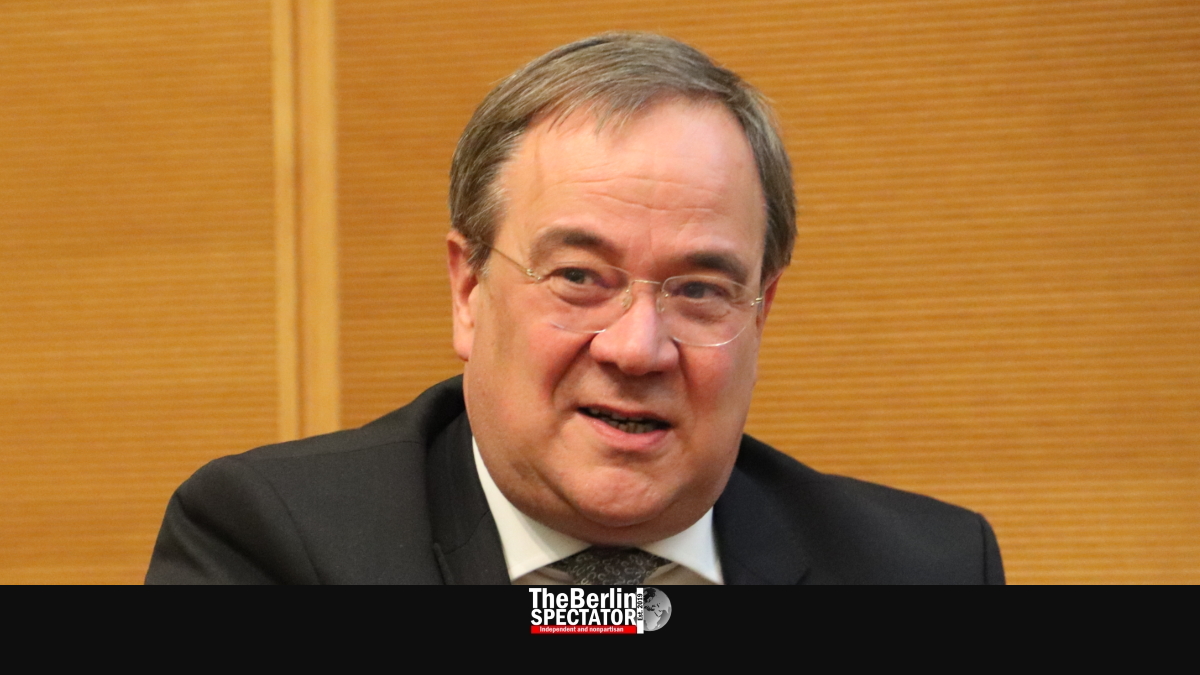 After a long process, Germany’s conservative party CDU has a new leader. Armin Laschet, the First Minister of North Rhine-Westphalia, won against two other candidates.

Berlin, January 16th, 2021 (The Berlin Spectator) — There is a likeable man who smiles most of the time, when he holds speeches at the state parliament in Düsseldorf, or when he comments on anything in front of the many TV cameras that are being pointed at him on a daily basis. His name is Armin Laschet and he is the new chairman of the Christian-Democratic Union.

One thousand and one CDU delegates are part of the party’s first digital convention. In the first round of voting, candidate Norbert Rötten dropped out. Only minutes later, Armin Laschet won against the strong contender Friedrich Merz, with 521 against 466 votes.

Laschet was the candidate who stood for continuity, meaning he is part of the political center, just like Chancellor Angela Merkel. Before the vote at the party convention, he held a speech in which he slammed Donald Trump. The U.S. President had “lied systematically and destroyed trust.”

“Many believe this could never happen on our turf. But we did have people with the Reich’s flag on the stairs to the Reichstag”, Laschet said. He was referring to an attempted attack on the German parliament building which took place in late August of 2020, when Corona deniers and Nazis managed to break through a police cordon.

“Evil talk leads to evil deeds”, Laschet told the CDU’s delegates. Armin Laschet mentioned Walther Lübcke, a District President from Kassel, who was murdered by an extremist right-winger on June 2nd, 2019.”We will not let right-wing terrorists destroy our country”, Laschet said shortly before he was elected his party’s new chairman. The CDU needed to be quite clear about things without polarizing, he stated. The tasks it was confronted with were not easy.

Then he spoke about trust. “You can’t simply pass on trust, but you have to work for it.” Many people mainly liked Angela Merkel, he said while making clear the new party chairman needed to know how to attract the political center. “Trust develops when words and deeds match”, Laschet told the delegates.

Armin Laschet gave Friedrich Merz a sideswipe by saying Germany did not need a CEO. He also said the party needed more women, their opinions, their strength and their knowledge. “We will only succeed when we remain strong in the political center”, Maschet explained.

The Way to the Chancellery

Armin Laschet, the new chairman of the CDU, will not automatically become Chancellor after the Bundestag elections in September. First, he will have to prove the CDU can win in spite of the fact that Angela Merkel leaves in fall. Secondly, he has to get past Markus Söder of the CSU.

Armin Laschet, the CDU’s new boss, has been hyperactive during the ongoing Corona crisis. As First Minister in Düsseldorf, he used to be one of those who wanted to give people less restrictions and more freedom, even though North Rhine-Westphalia was the federal state affected by Corona the most. In the past few months, he sort of lost it in some situations, for instance when his statements sounded a little artificial and far too dramatic, or when he suddenly accused Bulgarian and Romanian slaughterhouse workers of importing the Coronavirus to Germany.

But recently, his Corona approach became more realistic. And his speech at the convention was convincing. Now he will have to show how to convince people as party chairman, how to win elections on the federal level and how to steer the party through all the challenges it is confronted with. Uniting the CDU, now that the decision for him as chairman was taken, is yet another task.