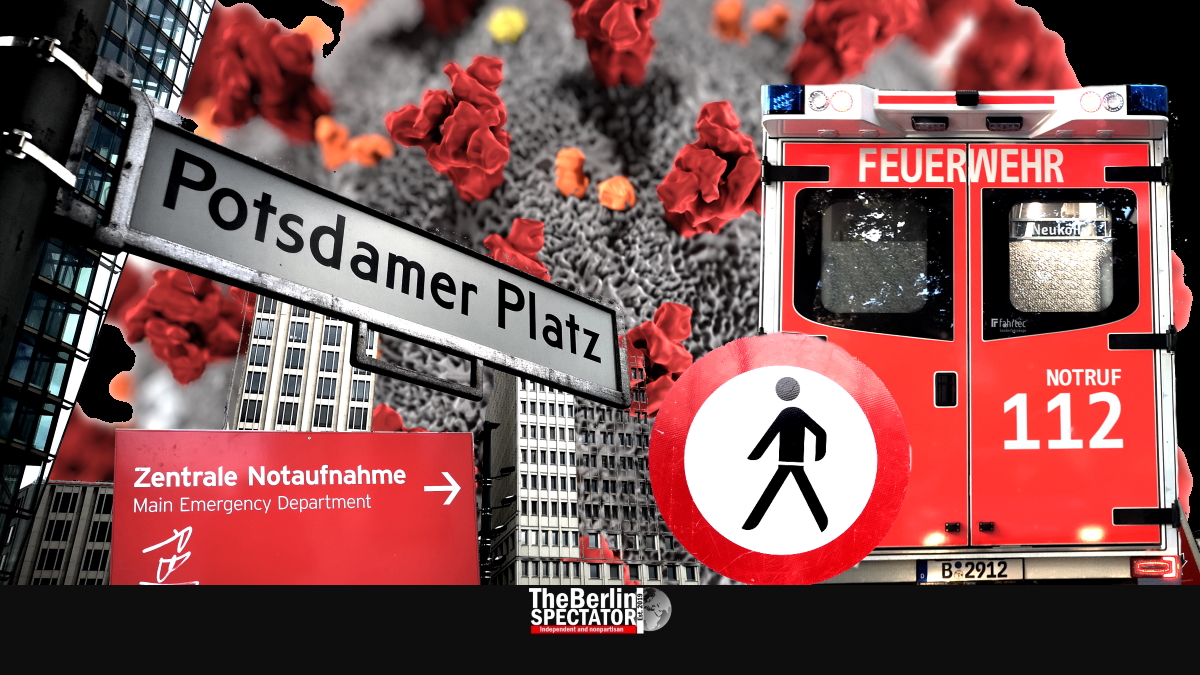 On Tuesday, Angela Merkel and the heads of government from the country’s sixteen federal states will come together for a preponed Corona conference. As always, their intention is to curb the Coronavirus. What are the options?

Berlin, January 17th, 2021 (The Berlin Spectator) — Chancellor Angela Merkel and Germany’s First Ministers want to achieve what they have not really managed to do since October, which is to stop the Coronavirus from spreading this quickly and to get the Seven Day Incidence Number down to a level below 50. Originally, the next Corona conference was supposed to take place on January 25th. It will happen a week earlier, on Tuesday, January 19th, 2021, because of several worries.

> The number of new Coronavirus infections has not really decreased in the past weeks. On business days, it often exceeds 20,000.

> The number of Corona-related deaths per day is on the rise. It is often higher than 1,000. This is the kind of sad number Germany was hoping to avoid.

> A new, more contagious Coronavirus variant has reached Germany. The government fears it might increase the number of infections substantially, like it has in Britain and Ireland.

Since October, the Corona rules have been changed several times. A partial lockdown was put in place. Only weeks later, it was tightened. Then it was tightened again. At this stage, contact restrictions are preventing Germans, and residents of other nationalities in Germany, from meeting more than one person from a different household at a time.

In Berlin and other federal states, residents need a valid reason to leave their homes (supermarket, pharmacy, doctor, walking the dog, talking a walk, caring for people). Schools and kindergartens are mostly closed. So are non-vital retail businesses, including hairdressers and beauty parlors. What this means is that there are not too many opportunities to come in contact with people. Public transport and workplaces are left.

For an even tighter lockdown, these are the options that are being discussed:

> Mandatory home office work: A step of this kind would force companies to send home more employees, and to give them laptop computers. So far, companies were asked, but not forced, to let their staff work from home wherever possible.

> Shutting down public transport: Using trains and buses is a risk, especially when they are crammed. So, shutting them down seems like a good idea, at first glance. On the other hand: How are supermarket cashiers, police officers or nurses go to work? In their 7-series BMWs?

> Nightly curfews: What exactly would they change? Maybe a few illegal gatherings could be prevented from taking place. Would this make a big difference?

At the CDU’s digital party convention, Chancellery Minister Helge Braun made clear that a big effort was necessary until the summer. He stated, the next three to four months would be difficult. Bodo Ramelow, the First Minister of Thuringia, told the ‘T-Online’ news website, he hoped improved weather and more vaccines would help around Easter.

The CDU’s floor leader at the Berlin Bundestag, Ralph Brinkhaus, said in an interview with the ‘Neue Osnabrücker Zeitung’ daily, having a proper lockdown once was a lot better than an “infinite loop” until the summer.