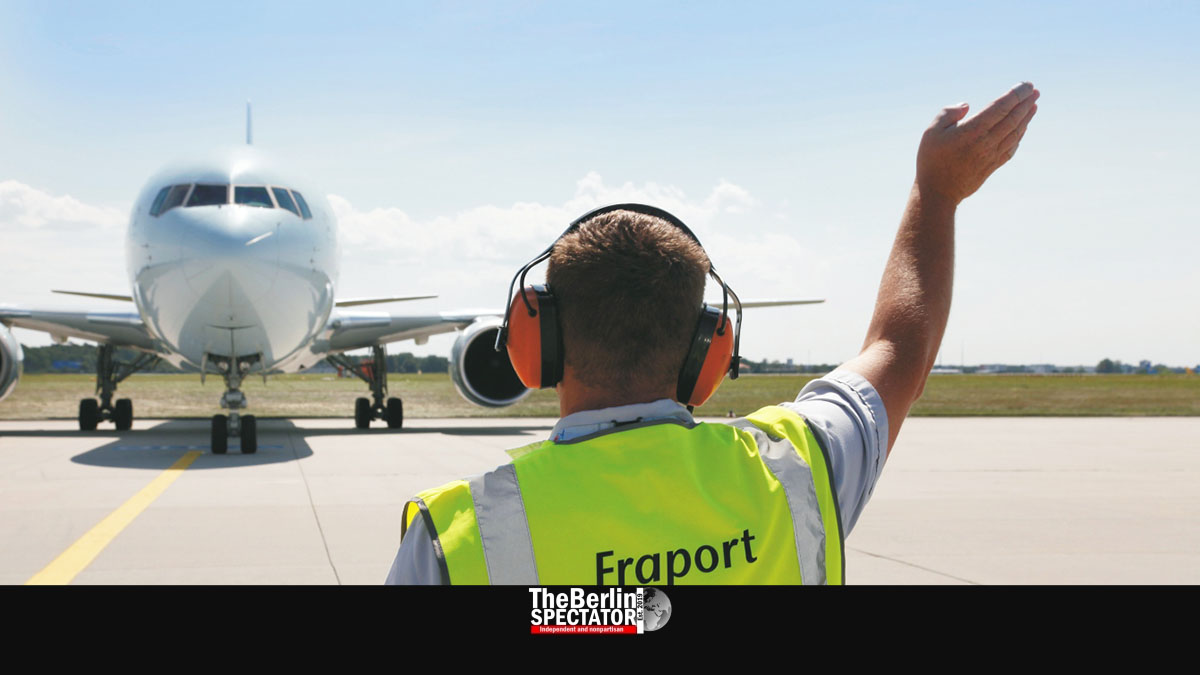 At Germany’s largest airport, the passenger volume is shrinking. The numbers for 2020 are alarmingly low, and 2021 will not look much better.

Berlin, January 18th, 2021 (The Berlin Spectator) — Fraport, the operator of Germany’s largest airport, announced there had been a “dramatic” decrease of passengers in 2020. Their total number was 18.8 million, which is 73.4 percent less than in 2019. Just like at other German airports, passenger flights basically ceased in March and April of 2020, during the first big Coronavirus wave. Compared to the same months in 2019, the decrease was 98 percent.

According to Stefan Schulte, the CEO of Fraport, Frankfurt Airport’s passenger volume last year was at the level of 1984. But the freight business continued. Schulte said, the level of 2019 had almost been reached in 2020. It shrunk by only 8.3 percent to 2 million tons. This had to do with medical supplies that had been flown to Frankfurt Airport. In 2020, the total number of flight operations decreased by 53.3 percent. There were 212,235 takeoffs and landings last year.

Fraport is hoping the ongoing Corona vaccination campaign will lead to a rise of passenger flights during the second half of this year. But 2021 would be a difficult year anyway, Schulte said. In December of last year alone, the number of passengers decreased by 81.7 percent to 891,925. There were only 13,627 takeoffs and landings, which is 62.8 percent less than in December of 2019. This year, Schulte expects 35 to 45 percent of the number of passengers registered in 2019.

In most countries, airports in capitals are usually the largest ones. One exception is the United States of America, where Dulles Airport and Ronald Reagan Washington National Airport in Virginia (Washington D.C. area) have less passengers than LAX Airport in Los Angeles or John F. Kennedy Airport in New York. In Germany, Frankfurt Airport beats them all.

Before Germany’s reunification, Frankfurt Airport was enlarged all the time. In the 1970s, Lufthansa needed to extend its main hub in West Germany because the number of passenger flights was exploding. Since Berlin was surrounded by the communist GDR, enlarging its two airports did not make sense.

There were more problems. Berlin’s geographical location was not ideal, and passengers from West Germany had to use the GDR’s transit routes to get there. The biggest issue of them all: German airlines were not allowed to land in West Berlin when the Allies still controlled things, including the skies.