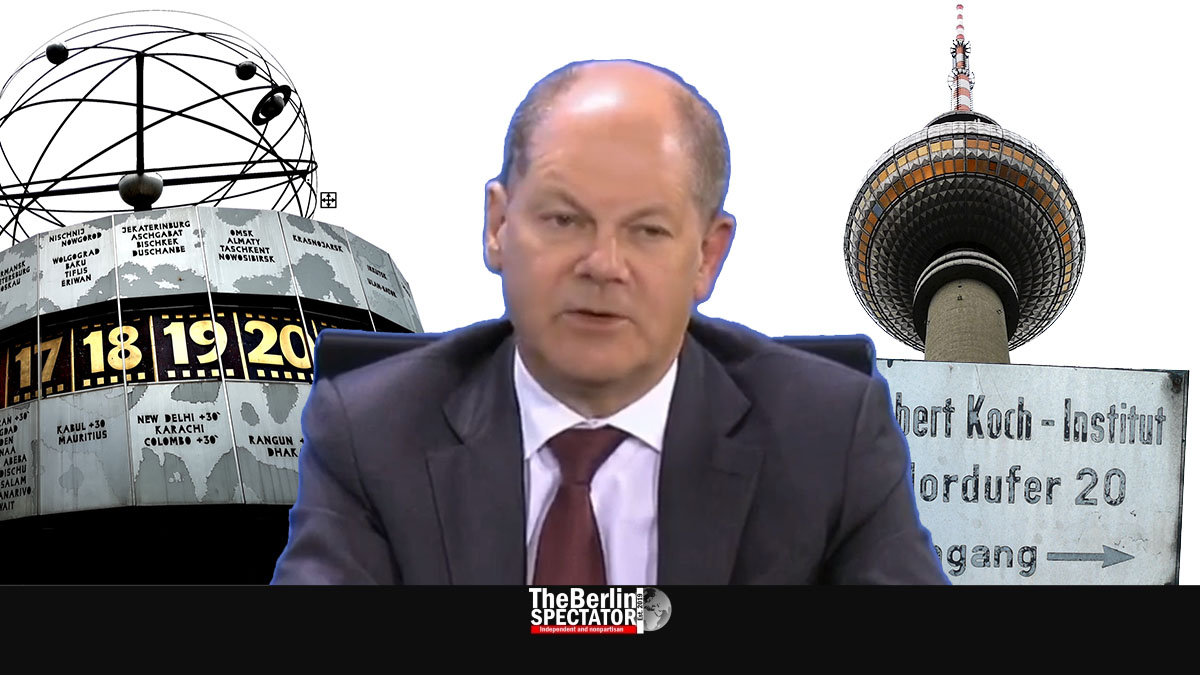 When the Robert Koch Institute released its daily infection numbers this morning, there was a surprise. Both the number of new Coronavirus infections and that of related deaths were comparatively low.

Berlin, January 18th, 2021 (The Berlin Spectator) — Each COVID-19 death is one too many. The same applies to new Corona infections. But today’s numbers are very low compared to those of the past months. The Robert Koch Institute (RKI) reported ‘only’ 214 deaths on Monday morning. In the past weeks, there had been far more. Many times, Germany had registered more than 1,000 Corona-related deaths per day.

In the past 24 hours, 7,141 new Corona infections were reported. This is the lowest number since October 20th, 2020. It is unclear whether there actually is a big improvement. The decrease may have to do with the fact that many local health authorities just do not do any reporting on weekends, or it might be the beginning of a downtrend.

Germany’s Seven Day Incidence Number decreased slightly, to 134.4. With 274.2, Thuringia is now Germany’s Corona hotspot. Bremen is the federal state with the lowest Incidence Number. It stands at 86.6. The federal government wants to get the Incidence Number for Germany down to a level below 50 and keep it there. That way, the health authorities are supposed to be able to trace back all infections to their source.

The relatively low numbers were released a day before Chancellor Angela Merkel and the First Ministers from Germany’s federal states were scheduled to tighten the Corona rules further at yet another Corona conference. Their goal is to finally get the numbers down, and to fight a new variant of the Coronavirus.

On Sunday night, Germany’s Vice Chancellor and Finance Minister Olaf Scholz told ‘Bild Live’, he expected a prolongation of the existing lockdown by two weeks. This would mean it would be extended until mid-February. Scholz stated he did not know whether curfews would be part of any new measures.

According to Scholz, companies need to let more employees work from home. In the ‘Bild Live’ interview, he said pleas alone would not suffice. “We will have to go one step further.” The government wants to limit contacts between people further. The business world seems to be one of the last areas in which many people keep on meeting. Public transport is another one.

This past weekend, Bavaria’s First Minister Markus Söder said checks at border crossings might help. He told the ‘Frankfurter Allgemeine Zeitung’ daily, those had helped during the first Coronavirus wave, in the spring of 2020. Söder said a uniform European strategy would be a good way. In case it did not work, border checks were a good way to improve the situation.

Austria, one of Germany’s nine neighboring countries, just prolonged its Corona lockdown until February 7th, 2021. In Vienna, Chancellor Sebastian Kurz said a more contagious variant of the Coronavirus had now reached Austria. That way, the situation had worsened. If the number of infections decreases by February 7th, Kurz wants to reopen retail businesses and museums.