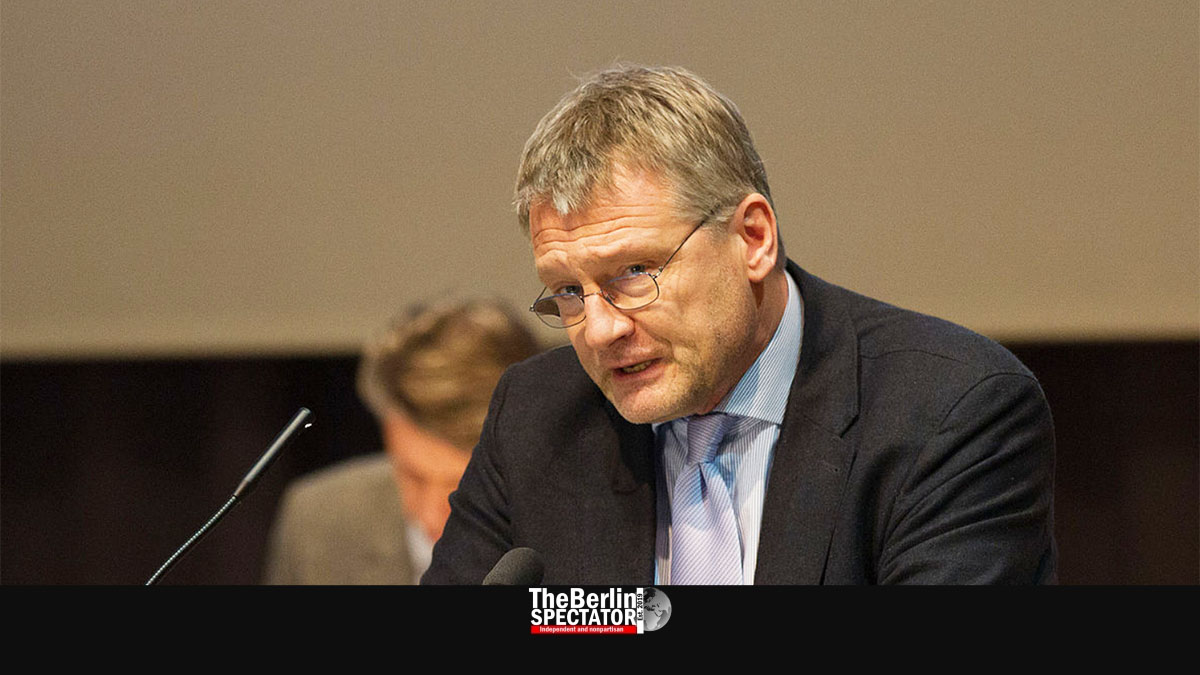 It looks like the German party ‘AfD’ will be observed by the Constitution Protection. The ‘faz’ daily reports, a decision to make the ‘AfD’ a “suspected case” was imminent.

Berlin, January 19th, 2021 (The Berlin Spectator) — In Germany, the Federal Office for the Protection of the Constitution will decide to surveil the extremist right-wing party ‘AfD’, according to a report by the ‘Frankfurter Allgemeine Zeitung’ daily. What this means is that the ‘Alternative für Deutschland’ will be a “suspected case”, if the report proves to be accurate.

What this means is that the intelligence service believes the ‘AfD’ might not support or work on the basis of Germany’s Liberal Democratic Basic Order which is part of the constitution. In other words: The suspicion is that the party is not democratic. This is something the ‘AfD’ has been criticized for for a long time.

According to the ‘Frankfurter Allgemeine Zeitung’, the Director of the Federal Office for the Protection of the Constitution, Thomas Haldenwang, will announce the decision early next week. In early 2019, he had said it would take two years to do the necessary research. Those two years just passed.

Once the ‘AfD’ is a “suspected case”, it can be observed by the intelligence. The same applies to its members. Undercover informants will likely be ordered to monitor the ‘AfD’ from the inside. In several ways, information and evidence will be collected.

Last year, the authority in charge had called the party’s ‘Wing’ an extremist movement. Officially, the ‘Wing’ was disbanded shortly after. But the Federal Office does not believe its former members, 7,000 of them, could suddenly be less extremist. Andreas Kalbitz, one of the most radical high-ranking members the ‘AfD’ had, was recently thrown out of the party. But it looks like this will not help the ‘AfD’ either. The party itself will probably react by going to court.

Within the ‘AfD’ a big argument is going on between less extremist leaders such as the party’s chairman Jörg Meuthen (photo at top of page) and far more radical ones, like Björn Höcke who heads the ‘AfD’ in Thuringia. He and other party leaders, including Alexander Gauland, one of two floor leaders at the Berlin Bundestag, have made scandalous statements about the darkest parts of Germany’s recent history. At a recent party convention, tension was in the air. Meuthen advised Höcke to found his own party.

The ‘AfD’ rejects migration, like all extremist right-wing parties in the world. Recently, the party seems to be trying to use the movement of Corona deniers to its advantage, by taking over parts of it. In spite of, or because of, its radical positions, the ‘AfD’ has managed to enter the Bundestag and all sixteen state parliaments. After the refugee crisis of 2015, the party grew substantially.

But in the Corona crisis, the ‘AfD’ lost about a third of its supporters. Part of its following did not seem to be convinced denying the pandemic, or opposing the restrictions the government imposed on the country in order to curb the virus, was a good idea. In some eastern German states, one in four voters chose the ‘AfD’ in the most recent elections. Nationwide, the party used to be at 15 percent, but shrunk to around 9 percent last year, according to polls.

The ‘AfD’s deputy floor leader Beatrix von Storch seemed to develop a tantrum. “The only ones who defend the state are supposed to be declared an enemy of the state”, she wrote on Twitter. She called Haldenwang a “left-wing extremist state decomposer”. From the perspective of far-right parties, almost everyone is a left-wing extremist.