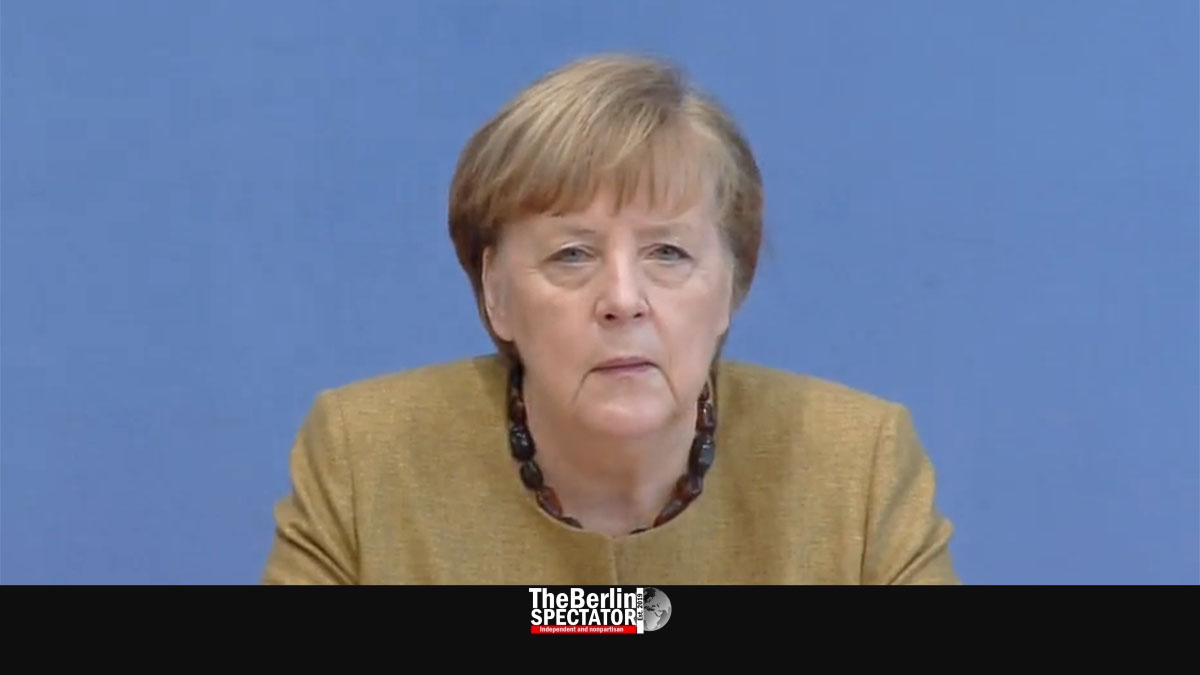 In Berlin, Angela Merkel explained her approach in the fight against the pandemic, two days after she had announced additions to the Corona rules. She said there was some improvement, but also commented on the flip side of the coin.

Berlin, January 21st, 2021 (The Berlin Spectator) — “We are in a difficult phase of the pandemic”, Angela Merkel stated in Berlin. That was why she and the First Ministers from the federal states had taken the decision to tighten the restrictions two days ago, a week earlier than originally planned. According to Germany’s head of government, the situation is ambivalent right now.

‘Efforts are Paying Off’

She said the number of new Coronavirus infections was decreasing. Slightly less Corona patients were in intensive care. The latter was good news because of the worries regarding a possible overburdening of Germany’s ICUs. Preventing the latter is one of the main goals of the Berlin government’s Corona policies.

The Chancellor stated some developments were encouraging. By now, the restrictions and efforts were paying off. She thanked the nation for adhering to the Corona rules and conceded her government knew they were an imposition to everyone.

While there is improvement, Angela Merkel also mentioned persisting problems. For instance, the number of Corona-related deaths was terrifyingly high, she said. Many families were mourning their losses.

One thing became clear again: The government’s and federal states’ decision to tighten the Corona rules, in spite of the decreasing numbers of new infections, has to do with worries regarding the new, more contagious variant of the Coronavirus which has already spread in Ireland and Britain. Mrs. Merkel said the mutation had already been verified in Germany, but it was not dominant yet. This development had to be taken seriously.

“We cannot wait. If we did, it would be too late to prevent a third wave”, the Chancellor of the Federal Republic of Germany said. “We can still prevent it now. All measures we are taking are precautions.” The decrease of new Corona infections needed to be accelerated..

Chancellor Merkel said everything was being done to get the pandemic under control. This “once-in-a-century catastrophe” was difficult for everyone and a huge challenge. According to Angela Merkel, it would be surprising if people’s patience was not put to the test in this situation. Compared to the times of the Spanish Flu a hundred years ago, there was one advantage today: “We have vaccines.”

Berlin’s ‘Tierpark’: The Only Place to Go During the Corona Lockdown