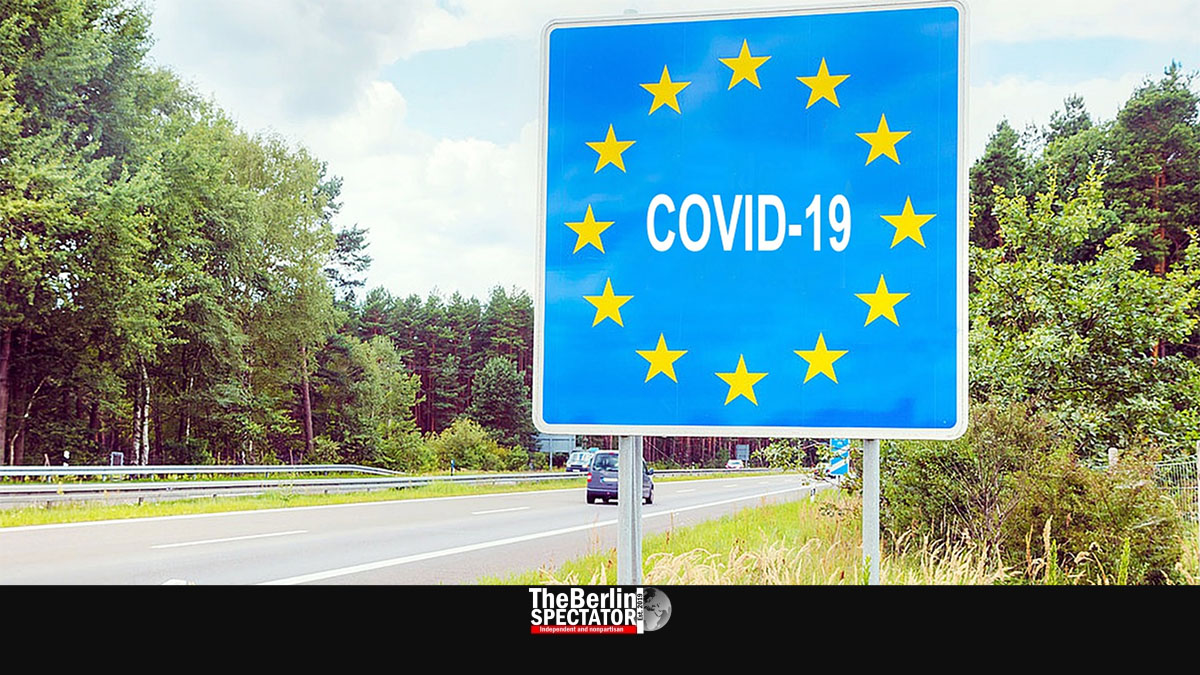 The E.U. is increasingly worried about the spread of the new Corona mutation known as ‘B1.1.7.’. ‘Very strict measures’ might be necessary soon, according to Council President Charles Michel.

Berlin, January 22nd, 2021 (The Berlin Spectator) — The European Union’s heads of government and heads of state discussed the Corona pandemic into the night on Thursday. Their video conference showed that they are increasingly worried about B1.1.7, a more contagious variant of the Coronavirus, which is already spreading rapidly in Spain and Portugal.

After the Corona talks, Charles Michel, the President of the European Council, said the European Union now had to fight two battles. It had to accelerate the Corona vaccination process and make sure 70 percent of all E.U. citizens would be vaccinated by the summer. Curbing the Coronavirus more was another necessity. President Michel said very strict measures would probably have to be put in place.

For instance, the E.U. now intends to restrict unnecessary trips more. Commission President Ursula von der Leyen stated Europe needed to advise against all trips of this kind, both domestic and international ones. But she insisted the borders needed to remain open because of the internal market and the exchange of goods. By Monday, the E.U. Commission intends to recommend steps to take, including rules for travelers who enter the European Union from third states.

Austria’s Chancellor Sebastian Kurz said he supported Germany’s demand for stricter checks at border crossings. He is also in favor of mandatory Corona tests for travelers who cross borders. That way the spread of the new Coronavirus mutation could be studied. During the E.U. Corona talks, Angela Merkel had said all member states needed to check five percent of their positive Corona specimen for the mutation, in order to identify the spread of the more contagious variant.

In Germany, the number of people infected with the B1.1.7 Corona variant seems to be low, at least for now. On Thursday, Chancellor Angela Merkel said the mutation had already been verified in Germany, but was not dominant yet. The spread of the new Corona variant made Mrs. Merkel and Germany’s federal states prolong the lockdown and tighten the rules.

According to the Robert Koch Institute in Berlin, the number of Corona infections increased by 17,862 in the past 24 hours. Another 859 Corona patients died during the same time period. The total number of Corona-related deaths in Germany just exceeded 50,000. At the same time, the country’s Seven Day Incidence Number dropped down to 115.3.

Out of Germany’s federal states, Thuringia still has the highest Incidence Number. It was at 218.4 on Friday morning. Brandenburg’s value was 194.4, Saxony-Anhalt stood at 184.6.

Berlin’s ‘Tierpark’: The Only Place to Go During the Corona Lockdown