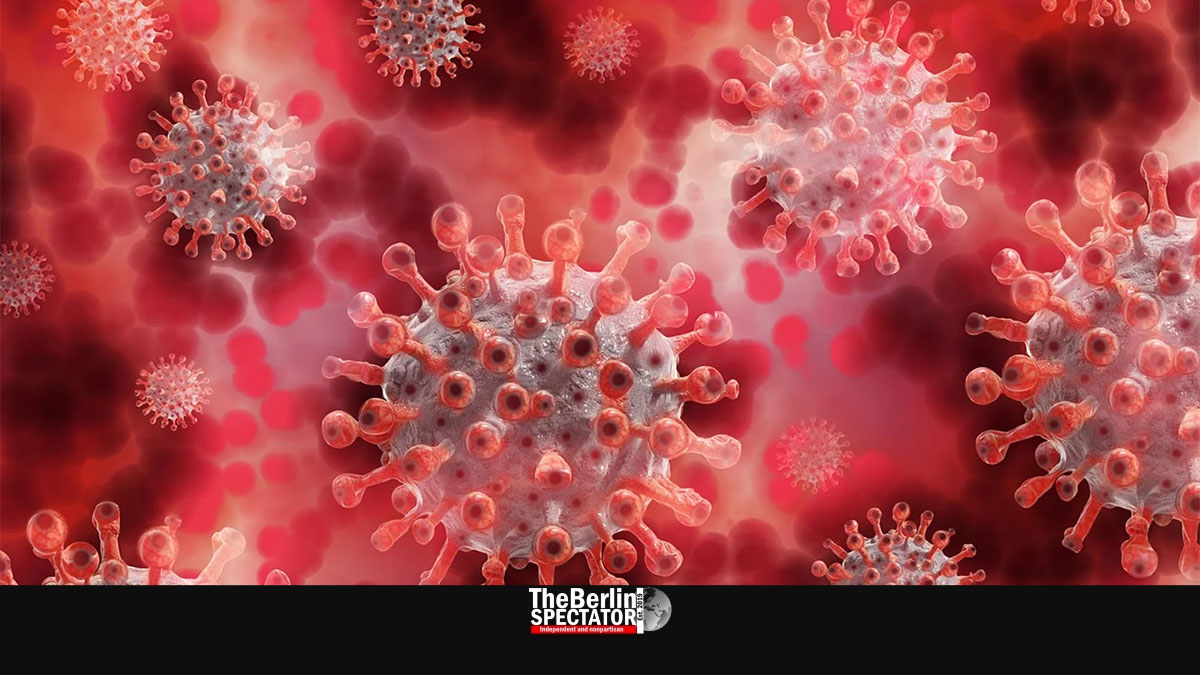 A more contagious Coronavirus version, B.1.1.7, has reached Germany. The city of Flensburg just confirmed cases, two days after Berlin had to put an entire clinic in quarantine.

Berlin, January 25th, 2021 (The Berlin Spectator) — In Germany, the Coronavirus variant B.1.1.7 seems to be spreading. First, an entire hospital, Berlin’s Vivantes Humboldt Clinic, was quarantined after it confirmed twenty B.1.1.7 cases. More Corona samples at the same clinic are now being checked. Then, the city of Flensburg reported cases of this Corona variant, which recently made infection numbers in Britain and Ireland explode because it is a lot more contagious than the virus the world has been fighting for a year now.

Chancellery Minister Helge Braun, who is a doctor himself, is convinced the new Corona mutation will spread in Germany. In a talk show on one of the ARD network’s TV channels, he said the new variant would become the dominant form and cause problems. The fact that some hospitals had identified B.1.1.7 cases showed that it had indeed arrived in Germany. Braun stressed it was even more important to decrease the infection numbers now “in order to keep the mutated virus out of the country as long as possible.”

Christan Drosten, one of Germany’s most prominent virologists, had recently told the ‘Bild’ tabloid, because of B.1.1.7 he expected up to 100,000 new infections per day. This worst case scenario is a possibility if the ongoing lockdown is scrapped too early, Drosten believes. So far, the highest number of new Corona infections within 24 hours Germany has reported was 33,777, on December 18th, 2020. But late registrations were included in that number. The actual one was probably 30,000.

The danger posed by the new Corona variant has basically silenced those who had started talking about an end to the lockdown in mid-February. While the effect of Corona vaccinations has not kicked in yet, because of a lack of vaccine, a third Corona wave that might be a lot faster than the second one is the last thing Germany or any other country needs.

Alexander Dobrindt, the head of the CSU regional faction at the Berlin Bundestag, said there was no basis for a discussion about easing restrictions. He told the weekly TV news program ‘Bericht aus Berlin’, the probability of a prolongation of the lockdown was higher than an end to it. The danger of another Corona wave, because of the mutated virus, was relatively high, Dobrindt stated. In England and Ireland, the impact of infections at schools had been underestimated. Therefore it was right to keep schools closed in Germany. Dobrindt said it was unclear when they would reopen.

The Corona numbers the Robert Koch Institute reported after the past weekend are low in comparison. There were 6,729 new infections in the past 24 hours. The total number of Corona cases in Germany since the virus hit the country 363 days ago is 2,141,665. Since yesterday, 217 Corona-related deaths had to be added. The total number here now stands at 52,087.