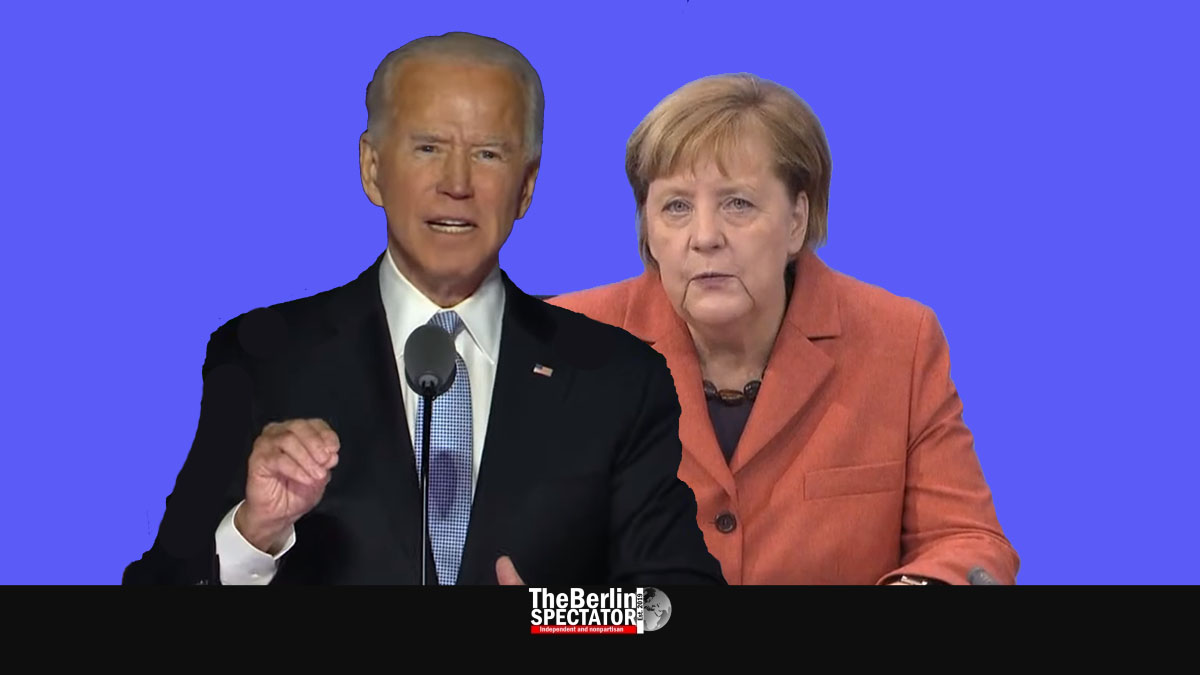 During the first phone conversation between President Biden and Chancellor Merkel, she invited him to come to Germany. The visit might take place once the Corona situation improves.

According to her spokesman, Mrs. Merkel congratulated Biden for his inauguration and told him she welcomed the United States’ return to the Paris Climate Agreement and the World Health Organization (WHO). The Chancellor also promised him Germany would cooperate in regard to meeting “international challenges”.

Merkel and Biden agreed that international efforts need to be stepped up in order to get the world through the Corona pandemic. The Chancellor reassured the President that Germany was ready to take responsibility regarding the mastery of international tasks, along with its European and transatlantic partners.

Joe Biden and Angela Merkel spoke about quite a list of subjects, including Afghanistan and Iran. The so-called Iran Deal was most likely discussed. So were trade relations and climate protection. The latter was one of the many subjects Biden’s predecessor Trump and the German Chancellor never found common ground on.

Angela Merkel invited Joe Biden to come to Germany as soon as the Corona pandemic allows this kind of trip. It is unknown whether the new U.S. President accepted the invitation. He probably did.

According to the White House, Biden told Merkel he viewed the U.S. partnership with NATO and the Europeans as “the cornerstone of our collective security and shared democratic values.” Apparently, the phone call included many politically correct standard statements and formulations.

But the relations between Berlin and Washington D.C. are already a lot better than they were during Trump’s term. With him, pretty much everything was an issue, including climate protection, because he does not believe in climate change. Trump also started trade wars and generally ran solo action policies the implications of which he did not seem to care about.

While the White House and the Chancellery sing from the same hymn sheet in regard to several subjects, Angela Merkel has said there would also be differences of opinion with Biden. Defense spending is one of the things the U.S. and Germany have discussed for a long time. A major argument is going on regarding the construction of the North Stream 2 natural gas pipeline in the Baltic Sea.