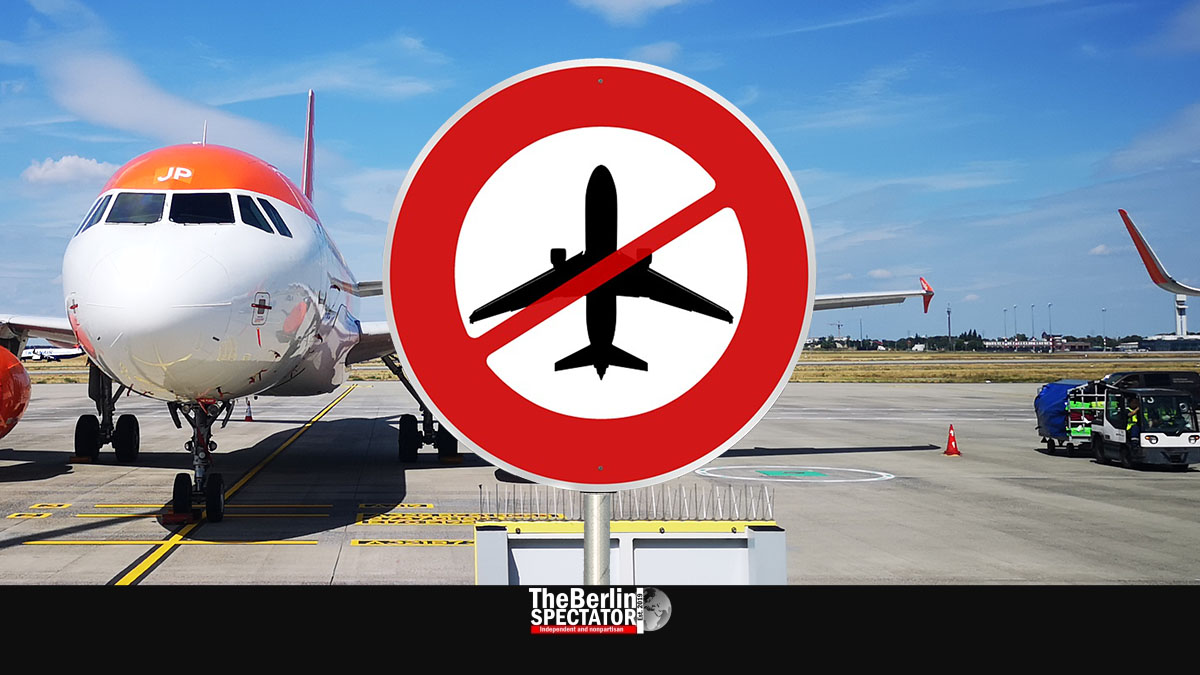 In Berlin, the government is preparing an entry ban for passengers from countries in which newly identified Coronavirus mutants are spreading. A decision is imminent.

Berlin, January 28th, 2021. Update: 11:03 a.m. CET (The Berlin Spectator) — Two weeks after a flight ban for passenger aircraft from Britain and Ireland was introduced, because of more contagious Coronavirus variations that are spreading there, the German government intends to go a step further. Now that dozens of cases of the B.1.1.7 Corona variant have already been confirmed in Germany, an entry ban for passengers from countries with high numbers of cases is in the works.

Flight Ban from Next Week?

The entry ban will most likely apply to travelers from Britain, Ireland, South Africa, Brazil and Portugal. Of course, the question is whether a virus mutation of this kind can be kept out of a Central European country like Germany at all, especially when that country, with borders to as many as nine neighbors, already confirmed quite a few infections itself. It did not work too well with the “old” Coronavirus, the version the world has been fighting for a year now.

Interior Minister Horst Seehofer confirmed the plans for an entry ban this morning. At Germany’s major airports, it could kick in as early as next week. There will be a few exceptions. For instance, freight flights with important goods will definitely be exempt. Seehofer said for now it was unclear how to proceed with “those who are accompanying those transports”. Even a travel ban from Germany to countries with high numbers of Corona mutant cases had been discussed, Seehofer said. This kind of measure seems to be difficult to implement though.

Seehofer said his Ministry was working on the entry ban because the Health Ministry had asked it to. A decision is supposed to be taken until Friday. The entry ban will apply to all means of transport.

Lockdown to be Prolonged

Because of the alarming situation, Saxony’s First Minister Michael Kretschmer wants more Federal Police officers at Germany’s borders. Rules needed to be enforced, he told the ‘Rheinische Post’ daily. Kretschmer was referring to the existing regulation according to which people who enter Germany from countries with Seven Day Incidence Numbers higher than 200 need to present negative Corona tests upon arrival. Saxony shares borders with Poland and Czechia.

The Corona lockdown in Germany will likely prolonged yet again. This was not the time for easing restrictions, Hamburg’s First Mayor Peter Tschentscher stated on Wednesday. He said he believed the lockdown would be extended beyond February 14th. There was no automatism for a suspension of any Corona rules because the infection numbers had not decreased far enough.

Since the Corona pandemic hit Germany one year and one day ago, as many as 2,178,828 people have been infected, according to the Robert Koch Institute. That number includes 17,553 cases registered in the past 24 hours. Germany’s Seven Day Incidence Number dropped below 100 for the first time since late October 2020. It now stands at 98.0.

In the meantime, an argument that developed between the European Commission and the pharmaceutical company Astra Zeneca is escalating further. The Commission says it had signed a contract that guaranteed a delivery of 400 million Corona vaccine doses, 80 million of which were supposed to arrive during the first quarter of this year. Astra Zeneca insists the signed document did not guarantee those numbers. Because of “production problems”, the company says it will deliver only 31 million doses this quarter. The E.U. Commission insists it wants more. Germany’s Health Minister Jens Spahn sad he expected the general lack of vaccines to last for another ten weeks.