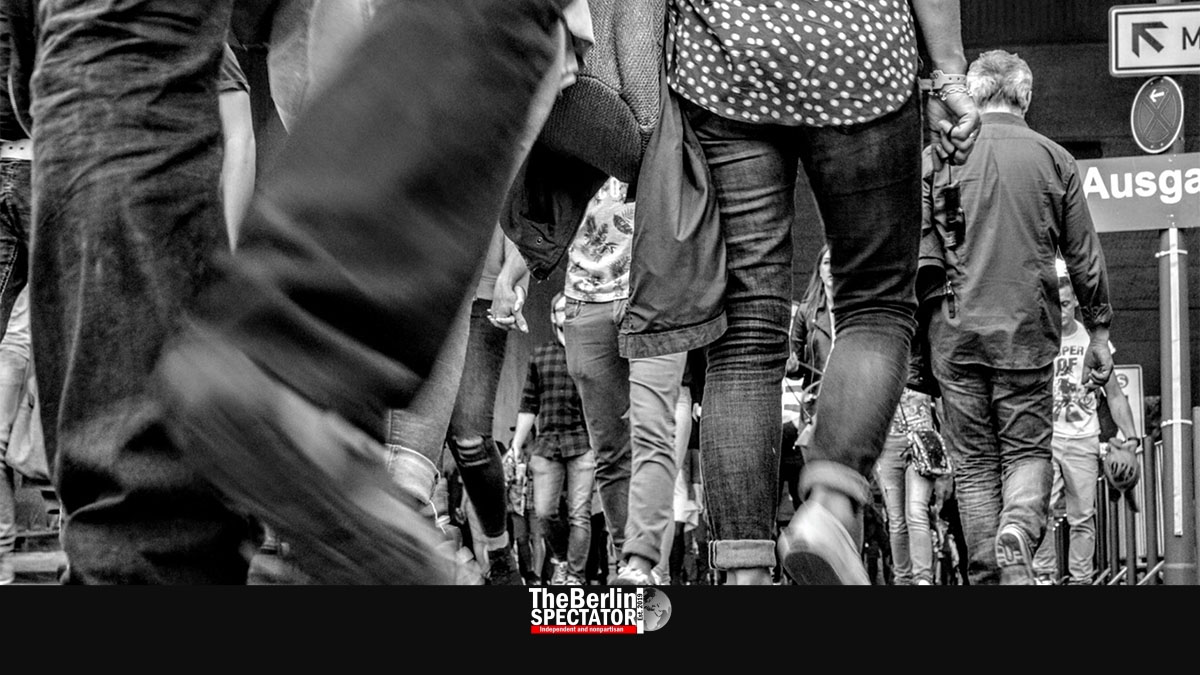 In Berlin, pedestrians are supposed to be protected more, and their priority as traffic participants is being increased. The Senate just passed Germany’s first Pedestrian law.

Berlin, January 29th, 2021 (The Berlin Spectator) — Pedestrians are easy to identify. They are creatures who put one foot in front of the other. By repeating this process over and over, they constantly move forward. This process is called ‘walking’. By the way: They usually ‘walk’ upright, like gorillas.

Pedestrians use their ‘pedes’, also known as ‘feet’, to ‘walk’ to McDonald’s, to the pharmacy. Some even ‘walk’ from sea to shining sea or from their apartment to the next liquor store. To make a long story short: Walking is popular, walking takes people from A to B, and pedestrians are the heroes of our time. Period.

In Berlin, the city state’s House of Representatives just passed a new Pedestrian law which is part of the Mobility legislation. It is supposed to protect pedestrians more and to “improve their sojourn quality in the public space”, according to Berlin’s center-left Senate. In other words: Being a pedestrian is more attractive now, at least in theory.

The issue the Senate saw is the fact that pedestrians have a low priority in traffic, compared to vehicles, in spite of the fact that most trips in Berlin are being taken on foot. At the same time, pedestrians are the weakest traffic participants. They are being slowed down and hit by cars, and sometimes even run over.

That is one reason why the Senate is working on its ‘traffic transition’. Part of the latter is the will to create more spaces in Berlin in which the “motorized individual transport either does not play any role, or a subordinate one.” In plain English: They want to throw cars out of parts of the damned city.

For instance, streets are supposed to be converted into “temporary playing zones” or “encounter zones”. The new law also says that the Senate Administration for Transport, Berlin’s equivalent of other states’ transport ministries, can take over the task of installing new zebra crossings if the districts procrastinate.

Generally, the plan is to increase safety for pedestrians. Violations by motorists that endanger “non-motorized traffic participants” are supposed to be penalized more. At the same time, there will be “more comfort” for pedestrians, according to the Senate.

Berlin wants to lower more curbs and make things easier for persons in wheelchairs. Safety for the way to school will be improved, danger zones are supposed to disappear, step by step. Blocking streets temporarily is another measure Governing Mayor Michael Müller’s people have in mind.

Walking the streets upright, and moving back and forth on wheelchairs or in strollers, will be more enjoyable and safer in the city of cities. The opposition and the local media that support it will definitely criticize the Senate for passing the new law. It remains to be seen what reasons they will cite in this case.