Germany: Government and Manufacturers to Discuss Issues at ‘Vaccine Summit’ 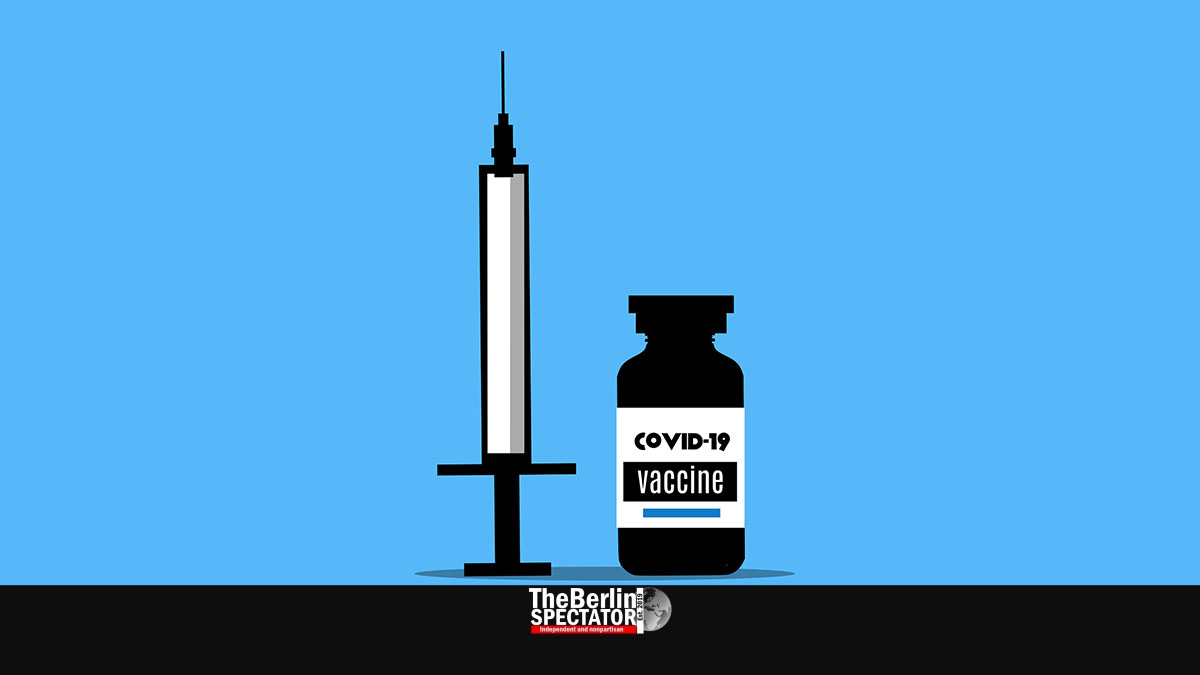 The participants of Germany’s first Vaccine Summit are supposed to resolve issues with vaccine deliveries. But since the problem is European, this national discussion might not bring the results people are hoping for.

Berlin, January 31st, 2021 (The Berlin Spectator) — On Monday at 2:00 p.m. CET, Chancellor Angela Merkel and the heads of government from Germany’s federal states have an appointment. This time, they will not discuss the lockdown or decide about yet another prolongation. It is all about vaccines and vaccinations.

Representatives from several vaccine manufacturers will be part of the Vaccination Summit. So will Health Minister Jens Spahn and other government members. The participants intend to find resolutions to several issues and answers to open question such as these:

> How can the vaccination process be sped up?

> When will there finally be certainty about vaccine deliveries?

> What can be done to make the manufacturers deliver the amounts of vaccines they promised?

The German government and the sixteen federal states also want to increase confidence in the vaccination process which was — and still is — off for a bad start. It is unlikely they will be able to do so. Earlier this week, Minister Spahn had said there would be “at least ten more tough weeks”. While a number of Berlin politicians and certain German media have blamed their government for the issues that keep on popping up, it is actually the manufacturers that seem to be responsible.

For instance, Astra Zeneca was supposed to deliver 80 million vaccine doses to the European Union within the first quarter of this year. Then they suddenly said they could not provide more than 31 million doses at first. Shortly after, another problem arose, one that is unrelated to deliveries: At first, Astra Zeneca’s vaccine was supposed to be appropriate for everyone. Then Germany’s Permanent Vaccination Commission recommended it for people from 18 to 64 years of age only, because elderly people were hardly involved in the clinical tests that preceded the vaccine’s approval. The latter is a big issue which messes up the country’s entire vaccination concept.

There are problems with Moderna, another manufacturer as well. The company announced it would deliver less doses than originally planned, just like Astra Zeneca. Even Hamburg’s First Mayor Peter Tschentscher, a cool northerner who hardly ever loses his temper, was upset when he got the news. “The Chancellery just said the promised Moderna vaccine deliveries would be reduced as well”, he said. “How is anyone supposed to plan vaccinations under these conditions?” Tschentscher’s rhetorical question will be in the center of Monday’s Vaccine Summit.

There is mostly bad news. But one good news item was spread this week: In Marburg, a new vaccine factory owned by the German manufacturer Biotech will produce 250 million doses during the first half of this year.

The European Commission will try to get some answers as soon as today. Its German President Ursula von der Leyen is scheduled to talk to the manufacturers in order to put them under pressure. She is basically passing on the pressure she got from the member states in the past few days.