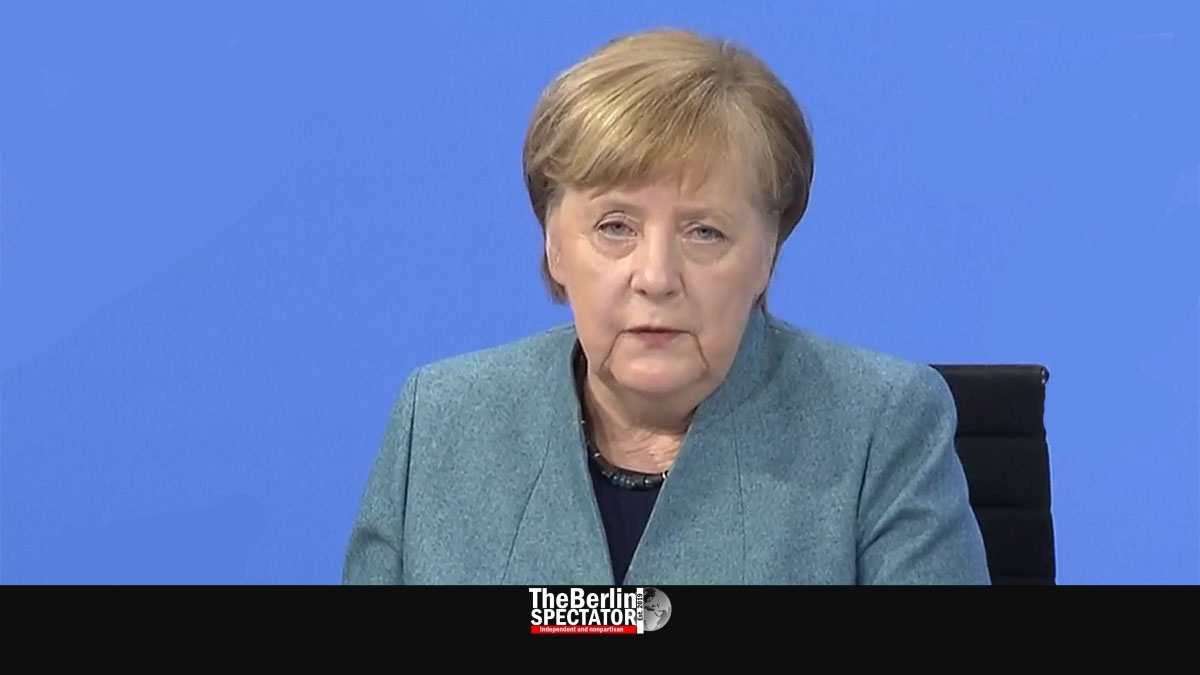 In Berlin, Chancellor Merkel said a Vaccination Summit that took place today had been useful. She repeated her promise according to which everyone in Germany will be offered a Corona vaccination by September 21st.

Berlin, February 1st, 2021 (The Berlin Spectator) — After her Vaccination Summit with the First Ministers from Germany’s sixteen federal states and representatives for vaccine manufacturers, Mrs. Merkel said the deliberations had been important, also because everyone needed to be on the same page.

She said everyone understood how urgent the delivery of vaccines was in this situation, in which schools and kindergartens were still closed and everyone was affected by restrictions. Merkel also mentioned the Corona mutations which have spread rapidly in several countries. Vaccinations were an essential part of the way out of the pandemic. Especially for the states, predictability was essential, the Chancellor stressed.

Countability was one of the main subjects that were discussed today. Angela Merkel said there were vaccines that had been approved, and others, namely products by Johnson & Johnson and CureVac, that had not come this far yet. Still, the government was able to sustain its recent statement on vaccinations: Everyone would receive a “vaccination offer” by the end of the third quarter of 2021.

“Even if Johnson & Johnson and CureVac do not get any approval, there should be enough vaccine for everyone”, Chancellor Merkel stated. Whether this will include Germany’s 9 million children, is unclear at this stage, because none of the approved vaccines are for them.

Another aspect discussed at the Vaccine Summit was a comparison with other countries. Mrs. Merkel explained the European Union had gone for a regular approval of vaccines instead of an emergency approval, for good reasons. This approach had created confidence in the products. In Israel, where far more people had been vaccinated, data protection and the digitization was “different”, the Chancellor explained. She also said Europe did not have that many manufacturing facilities, compared to North America.

The Vaccine Summit participants discussed the approach for the future. A “national vaccination plan” for the federal states will be generated. Transparency was important, Angela Merkel told the press in Berlin. That way, confidence would be created.

Berlin’s Governing Mayor Michael Müller stated, the effort that had been taken for the Summit had been worth it. He stressed the states needed to be able to rely on vaccine deliveries. His Bavarian colleague Markus Söder said there needed to be as much predictability as possible.