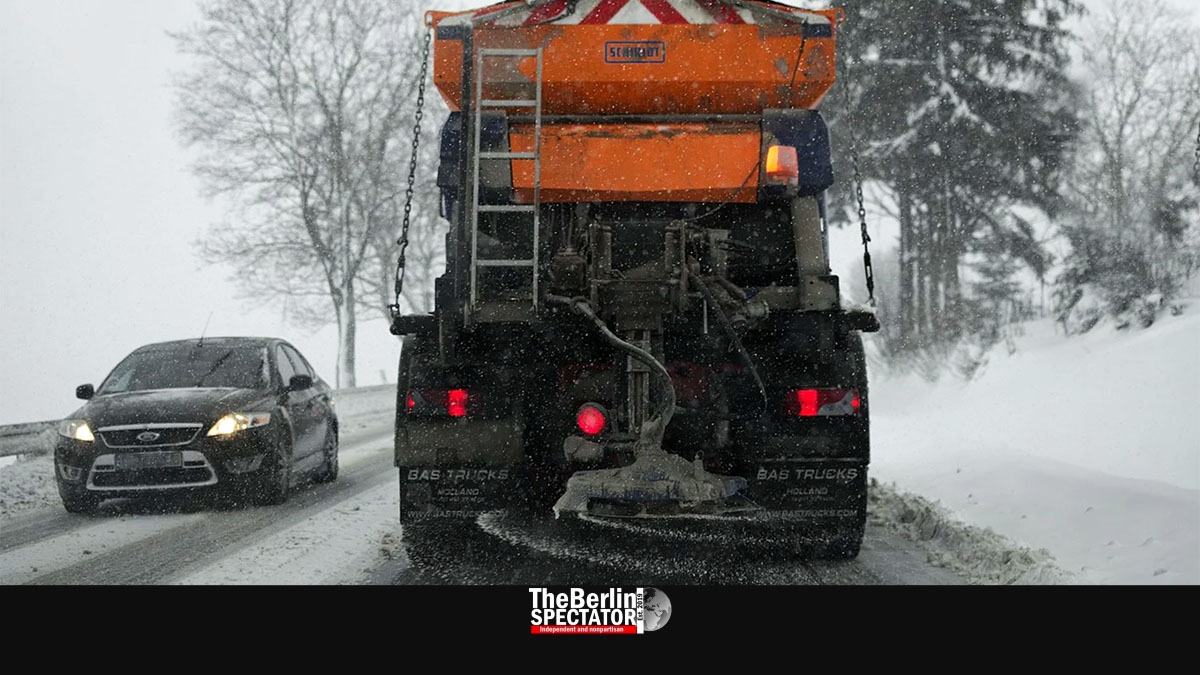 Germany is about to experience weather extremes this weekend, according to forecasters. A blizzard is supposed to hit part of the north, while the south can look forward to spring-like temperatures.

Berlin, February 5th, 2021 (The Berlin Spectator) — A blizzard was expected in Lower Saxony and parts of Saxony-Anhalt this coming weekend. Hamburg, Schleswig-Holstein, Mecklenburg-Hither Pomerania, Brandenburg and Berlin will have to deal with a lot of snow. The thickness of the snow layers meteorologists are expecting will vary.

Hamburg and parts of Mecklenburg might get up to 10 centimeters (4 inches) of snow. Things will likely be more serious in Bremen, the northern part of Lower Saxony, Saxony-Anhalt, Berlin, Brandenburg and northern Saxony. Here, twice as much snow is expected to fall starting on Saturday.

For the area around Hanover and the southern half of Lower Saxony, even more snowfall was forecast. In these regions, up to 40 centimeters (16 inches) might be covering cities and the countryside when residents wake up on Sunday morning.

Especially in the latter areas, traffic will be affected a lot and possibly come to a standstill as some roads might be impassable. The amount of snow and the storm forecasters expect will generally be dangerous. This weather phenomenon will be caused by extreme temperature differences in different weather systems that will collide over Germany.

In the country’s northernmost part, in Schleswig-Holstein, temperatures around the freezing point will likely seem harmless in comparison to other regions. Around Rostock, residents will have to get used to -2 degrees Centigrade (27 degrees Fahrenheit). In Berlin and Brandenburg, temperatures are supposed to drop down to -5 degrees C (23 degrees F), which will feel a lot colder because of strong winds and all the snow. On Sunday night, it might get even colder in the north.

In parts of North Rhine-Westphalia, Hesse and southern Saxony, a different issue might appear during the weekend. At temperatures around 0 degrees C (32 degrees F), freezing rainwater could turn roads into slides. Experts believe considerable traffic obstructions might have to expected.

The only good news is for the southern part of Germany only. South of Cologne, Frankfurt and Nuremberg, temperatures from 4 to 13 degrees C (39 to 55 degrees F) were forecast. Baden-Württemberg and southern Bavaria will be the warmest spots in the country. It will feel like spring, but it won’t last too long.

The city state of Hamburg prepared for the snow and the cold. Accommodations for homeless people will be open 24 hours per day. Residents who see homeless persons on the street are supposed to call the social services department. The authorities warned everyone not to step on frozen ponds, lakes, creeks or rivers.

Roads and streets will be cleared in all affected areas, but it might take hours until snow plows arrive on highways and the Autobahn. The General German Automobile Association (ADAC) said refraining from using private vehicles this weekend was the best idea.

Berlin’s city cleaning department says it is ready to clear snow and spread road salt all over the city’s streets. This time, the Berlin Police Department intends to make sure not too many people go sledding in parks because of the Corona restrictions.