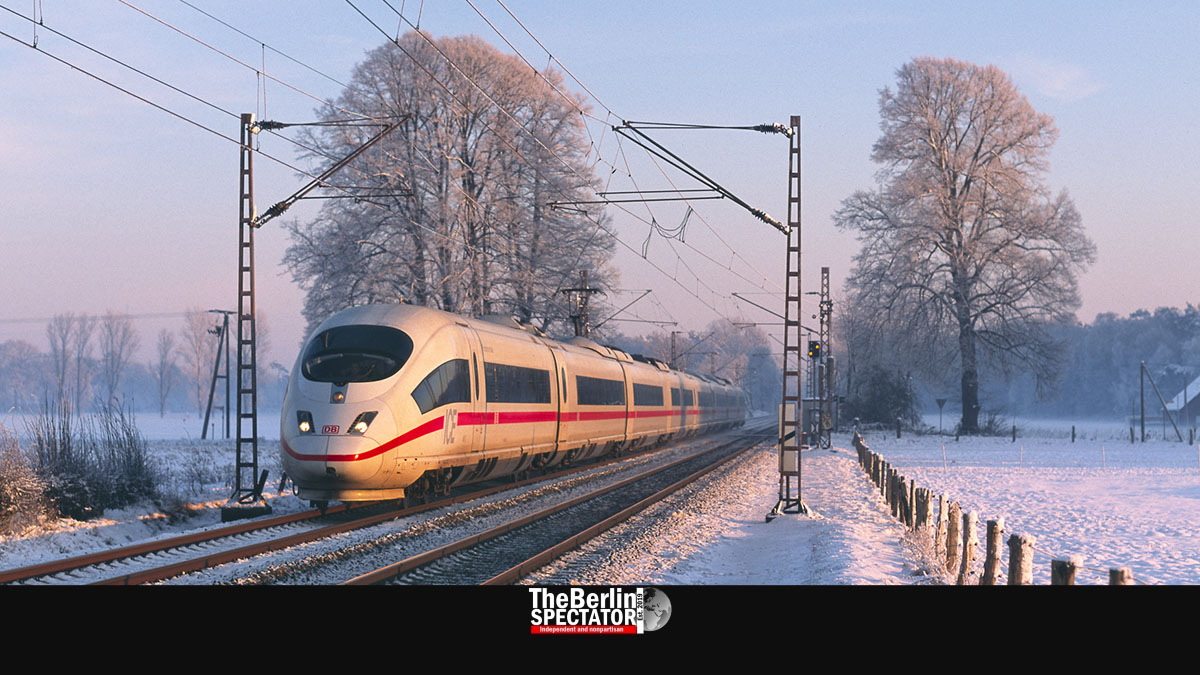 Berlin, February 6th, 2021 (The Berlin Spectator) — Deutsche Bahn customers who intend to purchase train tickets online in Germany today are being warned. “Severe weather announced”, it says on the company’s website. An impact on train traffic was possible, it says. People who followed a link for more details noticed that the impact is actually not “possible” but certain.

“There are delays and train cancellations”, Deutsche Bahn told potential travelers. For now, they are concentrating on the period until Sunday night, even though the German Meteorological Service has sent out weather warnings until Monday night. People were advised to stay at home for the entire weekend.

In Northern Germany, up to 40 centimeters (16 inches) of snow are being expected. On Saturday, the Harz mountain range and the Münsterland region will be affected most, according to forecasters. Further south, including in the Ruhr region, Rhineland-Palatinate, Hesse and Northern Bavaria, freezing rain will be the main issue, starting on Sunday afternoon.

Not only trains, but also road traffic will be affected, especially in Lower Saxony, Bremen, Hamburg, parts of Schleswig-Holstein, Saxony Anhalt, Brandenburg and Berlin, a lot of snow might fall from the sky. Freezing temperatures and strong winds are the next problem. Dangerous conditions are expected.

In Lower Saxony, the police, fire brigades, the disaster management authority and the Autobahn authority prepared for several challenging days. In Berlin, hundreds of tons of road salt is already being spread on the thousands of streets the city has. In Cologne, all ships on the Rhine river were forced to cast anchors.

What all of this means is that difficult days are ahead in Northern and Central Germany. There might even be power outages in the affected areas, in case trees fall on transmission lines and rip them off. In Hamburg, Berlin and other cities, accommodations for homeless persons were prepared because the expected temperatures mean a high risk of death to anyone who sleeps outside.