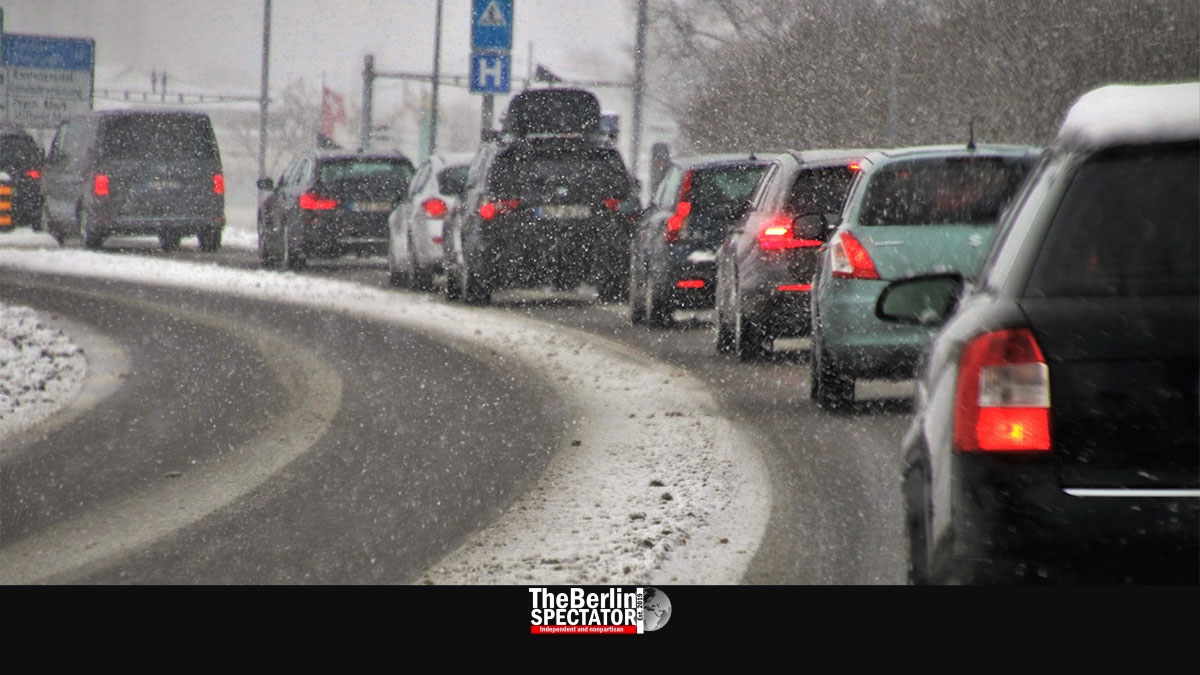 In Northern Germany, a major blizzard is responsible for “catastrophic” conditions on roads. Deutsche Bahn has cancelled its most important train connections in the region.

Berlin, February 7th, 2021 (The Berlin Spectator) — On Sunday morning, all the snow that was forecast had not reached Germany’s two largest cities. But the residents of Berlin and Hamburg did feel the freezing temperatures and the wind meteorologists had warned them of. Further south, in Lower Saxony and other federal states, the blizzard caused a chaos.

Snow on the Autobahn

On the Autobahn ‘A7’, a thick layer of snow stopped the traffic. The Freeway Department had it removed several times, but it kept on coming back only minutes later. Several accidents happened. According to the police, the situation on the streets of Göttingen and the roads around the city is “catastrophic”.

The train tracks between Hamburg and Hanover are the backbone of long distance traffic in Northern Germany. Deutsche Bahn cancelled all trains that usually race back and forth on that stretch because of the severe weather. Most connections in the north have been shut down. There are no trains from Hamburg to Lübeck, Kiel, Westerland, Cologne or Dortmund.

No Trains to the Netherlands

More connections are affected by the cancellations Deutsche Bahn announced. They include those between Hanover and Norddeich Mole and between Münster and Norddeich Mole. All trains from Berlin via Kassel to Frankfurt and from Berlin to Leipzig, Halle and Erfurt were cancelled. The same applies to all train traffic from Germany to the Netherlands.

Meteorologists have changed their forecasts for Hamburg. By now, they do not believe the city will see much snow, but the temperatures in the coming days will remain below the freezing point, between -4 and -9 degrees Centigrade (25 to 16 degrees Fahrenheit). In Berlin, on the other hand, snow was supposed to fall today. It started while this update was written.

The German Meteorological Service has issued a weather alert for the region that includes Bentheim, Hanover, the Harz mountain range and Göttingen. Residents should refrain from travelling, especially by car, a statement said.

More weather warnings are in place in Brandenburg. Icy roads make driving dangerous. In Potsdam, the federal state’s Interior Ministry released a statement that said people needed to stay at home until the conditions improved. This might not happen until mid-next week.