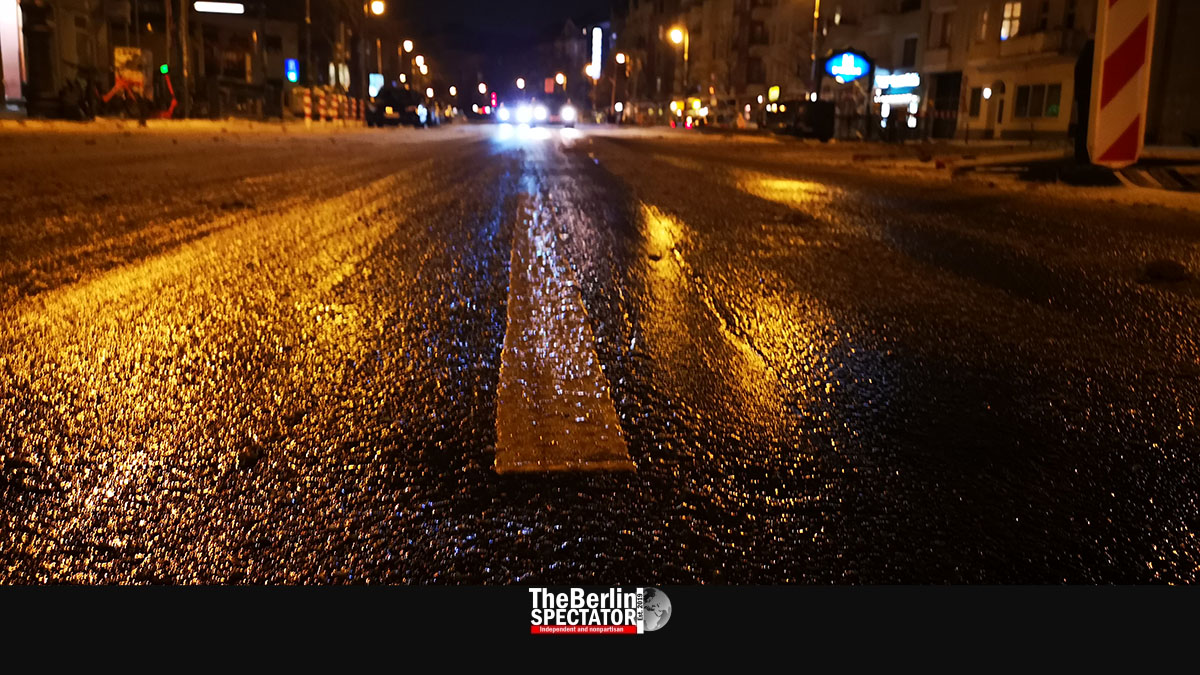 In the northern half of Germany, several regions are still affected by difficult weather conditions, including parts of Brandenburg. All the snow in Lower Saxony affects rail traffic in the entire country.

Berlin, February 8th, 2021. Update: 10:18 a.m. (The Berlin Spectator) — In parts of Brandenburg, all the snow and ice have affected the regional and local public transport. Delays were announced for trains from Cottbus to Berlin and other regional destinations. All train connections from Cottbus to Dresden, Leipzig and Falkenberg were cancelled until further notice.

Berlin did not get as much snowfall as meteorologists had announced. But temperatures well below the freezing point, along with the ongoing Corona lockdown, turned the German capital into some kind of a ghost town on Sunday night. Slippery streets and a strong wind that blew the freezing cold through any coat or even thick layers of sweaters kept people in their homes.

At night, the howl of the wind could be heard in Berlins countless street canyons. It made window shutters rattle. The city cleaning department made sure streets were drivable. Its teams spread road salt all over the main traffic arteries. They also dealt with smaller streets and sidewalks. On Sunday night, some ambulances were on the move, but hardly anyone else.

Issues on the Autobahn

In Berlin, the S-Bahn train system was affected. There were delays and cancellations on several lines. But the S-Bahn comes to standstills all the time, even in summer. There is always an issue. When the switches work, it is the signs. When they function, it is the “operation procedures”. And when those run smoothly, it is the cold. Welcome to Berlin.

In Germany’s north-west, things were — and still are — difficult on the Autobahn. Dozens of trucks got stuck at several spots early this morning because they could not climb harmless hills anymore, thanks to the ice on the road. It took hours until the freeway authority resolved the issue by spreading more road salt. Yesterday, there was comparatively little traffic, because people heeded the authorities’ advice and stayed home. Also, Germany has a driving ban for trucks on Sundays.

Accidents on the Autobahn

Deutsche Bahn was forced to cancel many train connections during the weekend. So far, the situation on the tracks has not improved. Berlin is sort of cut off from the rest of the world, since all trains to Hanover, Erfurt, Frankfurt and Munich were cancelled. The picture is similar in Hamburg. There are no trains from the port city to Dortmund, Cologne, Hanover, Frankfurt, Munich, Kiel, Lübeck or Sylt. From Dresden, the rail connections to Leipzig, Frankfurt, Cologne and Hanover were shut down until further notice. This afternoon, the first routes might (or might not) be reopened.

All in all, Lower Saxony and Hesse were affected most. The city of Göttingen was in the center of the blizzard that turned roads and train tracks into a mess this past weekend. On the Autobahn, several accidents happened on Monday morning. The police in Hesse described the situation on the roads as “catastrophic”.