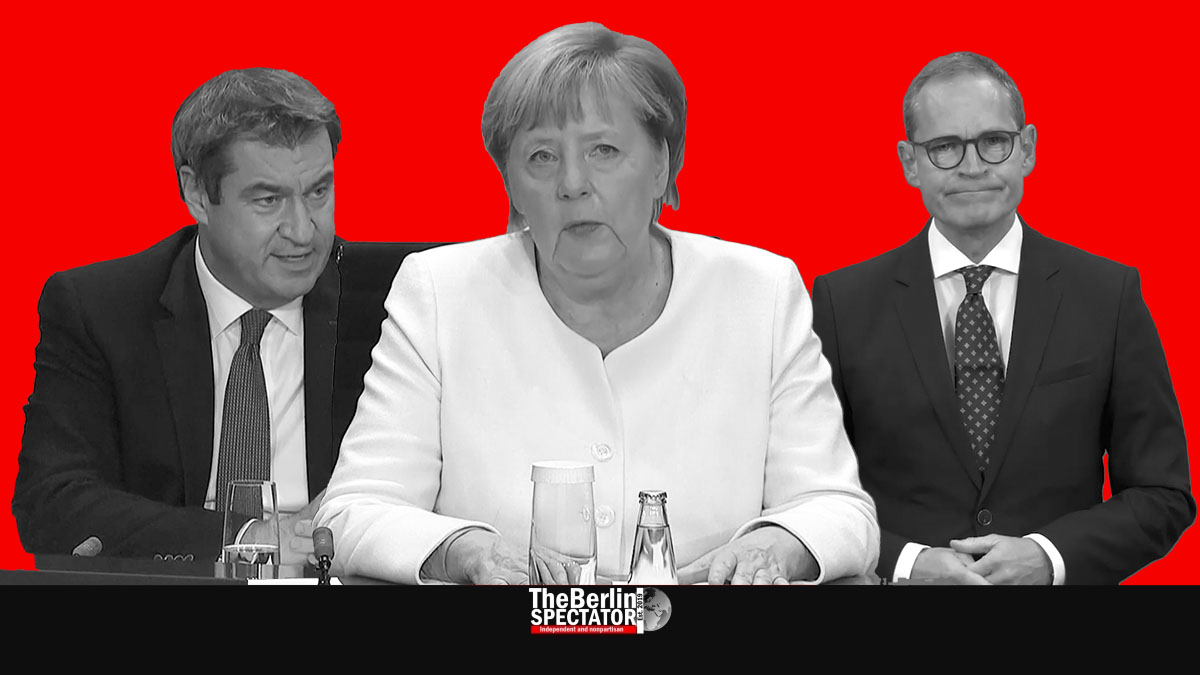 In Germany, Chancellor Angela Merkel and the First Minister from the country’s federal states will decide to prolong the ongoing lockdown. But what about the schools?

Berlin, February 10th, 2021. Update: 09:14 a.m. CET (The Berlin Spectator) — Ahead of today’s Corona conference, arguments are being fought out. In some cases, those who keep on attacking the federal government verbally just seem to be loosing their temper because they cannot take the pandemic and the lockdown anymore, after twelve and a half months. In other cases, the critics may have a point. One of the issues is the fact that the payout of the promised Corona aid to businesses is slow. Commerce Minister Peter Altmaier and Finance Minister Olaf Scholz are being criticized a lot these days.

More arguments have erupted about the kindergartens and schools, most of which are closed. In an interview with the ‘Bild’ tabloid, the largest nationwide newspaper in the Federal Republic, the First Minister of Mecklenburg-Hither Pomerania, Manuela Schwesig, said there needed to be a perspective in regard to the reopening of schools. She said, in her federal state primary schools and kindergartens were open in regions with low Seven Day Incidence Numbers. In other areas, schools were in “emergency mode”. Mrs. Schwesig wants Germany to adopt this kind of approach.

While other First Ministers believe, schools should not open yet, Saxony, which recently was the state with the highest Corona numbers, is already putting them back in business. In Dresden, Saxony’s government announced it would loosen the Corona rules next week. Kindergartens will welcome kids. What the schools are concerned, the parents are supposed to decide whether they want their kids to be there or not.

On First Minister Markus Söder’s turf, in Bavaria, those in charge are pulling in both directions. Söder himself spread statements that could be interpreted both ways. He said the decreasing Corona numbers opened up a perspective. On the other hand, rushing things was not the right way. He pleaded for safety. Usually, Söder is a lot louder just before those Corona conferences take place. This time, he seems to be keeping a sort of low profile.

The head of the German Association of Cities, Burkhard Jung, told the ‘Rheinische Post’ daily, the lockdown needed to be prolonged. “We should not risk another lockdown, later on, just because we are longing for normality”, he stated. It was unclear if and how the recently discovered Corona mutations were spreading and how they could be curbed. This aspect will definitely be discussed at the Corona conference this afternoon. As the head of the Conference of First Ministers, Berlin’s Governing Mayor Michael Müller will be at the Chancellery with Chancellor Angela Merkel. So will his deputy Markus Söder. The other First Ministers and First Mayors are usually connected to the Chancellery via video signals.

There is something none of them wants: a third Corona wave. According to a draft proposal the ‘Tagesspiegel’ daily reported about, the lockdown might be prolonged until March 14th, 2021. But it will likely contain some changes.

Early this morning, the Robert Koch Institute in Berlin released its latest numbers. According to those, 8,072 new Corona infections were registered in the past 24 hours. Germany’s Seven Day Incidence Number dropped down to 68.0, which is very low compared to the level it had in the past three months. But the number of related deaths remains high. Eight hundred and thirteen Corona patients have died since yesterday morning.