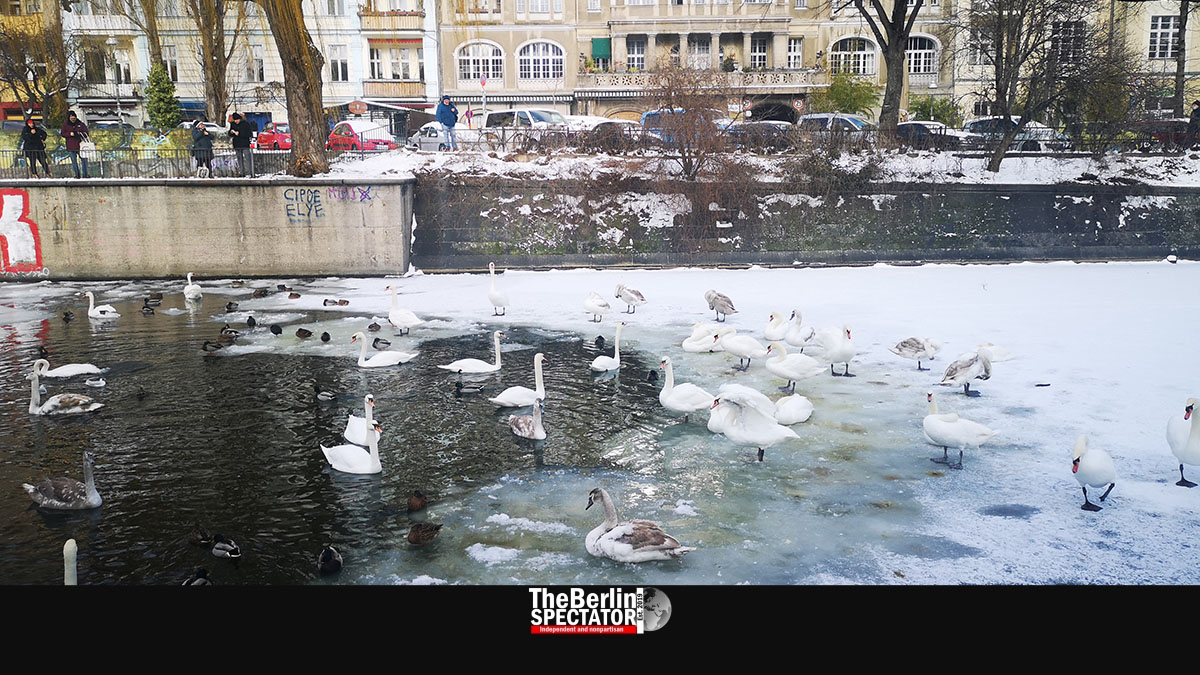 In Berlin, an ice swimmer who had intended to take a bath in a pond at freezing temperatures on Wednesday died in a hospital. In the meantime, the Berlin Police Department told residents not to step on frozen waters.

In Berlin’s Alt-Treptow borough, a 43-year old man went ice bathing in a pond with three more persons on Wednesday. At some point, he somehow sank into the water completely and did not reappear. After two hours, he was saved by divers sent by the Berlin Fire Department. He died at a hospital yesterday evening.

A woman he was with and two passers-by tried to save the man before professional rescuers arrived. Two persons sustained injuries in the process. Yesterday’s deadly incident is being treated as an accident. The victim and the persons who joined him had crushed part of the ice of the pond in order to enter the water in freezing temperatures.

Independently from the unfortunate ice bathing accident, the Berlin authorities warned residents of dangers connected to frozen waters. According to Berlin’s Water Police, a thin layer of ice has developed on rivers, canals, lakes and ponds. People should not step on any of them. There is obviously danger to life.

Berlin’s authorities never clear frozen waters for people to walk on, unless there is a registered event at a specific location where the ice is thick enough. The district authorities are responsible for lakes in their areas, while the Senate Administration for Transport and the Environment deals with rivers such as the Spree. Persons who step on frozen waters in Berlin always do so at their own risk.

Those who do intend to step on the ice in spite of all the warnings should never do so on rivers or large lakes. Walking on ice alone, at night or under bridges is even more dangerous. There are obviously many dangers connected to frozen waters. In order to save someone who has broken into the ice, tree branches or clothing should be used from a safe location on the riverside or lake shore to pull the victim out of the water. There are life buoys on many of Berlin’s bridges.

The Berlin Police Department said adults should be good examples in front of children and explain the dangers to them, including the fact that snow on top of the ice makes the surface look stable even though it isn’t. The police distribute a children’s story with pictures, in German, about the dangers frozen waters pose. It is entitled entitled ‘Bobby Bär und Hansi Hase – Vorsicht auf dem Eis‘ and can be downloaded here.