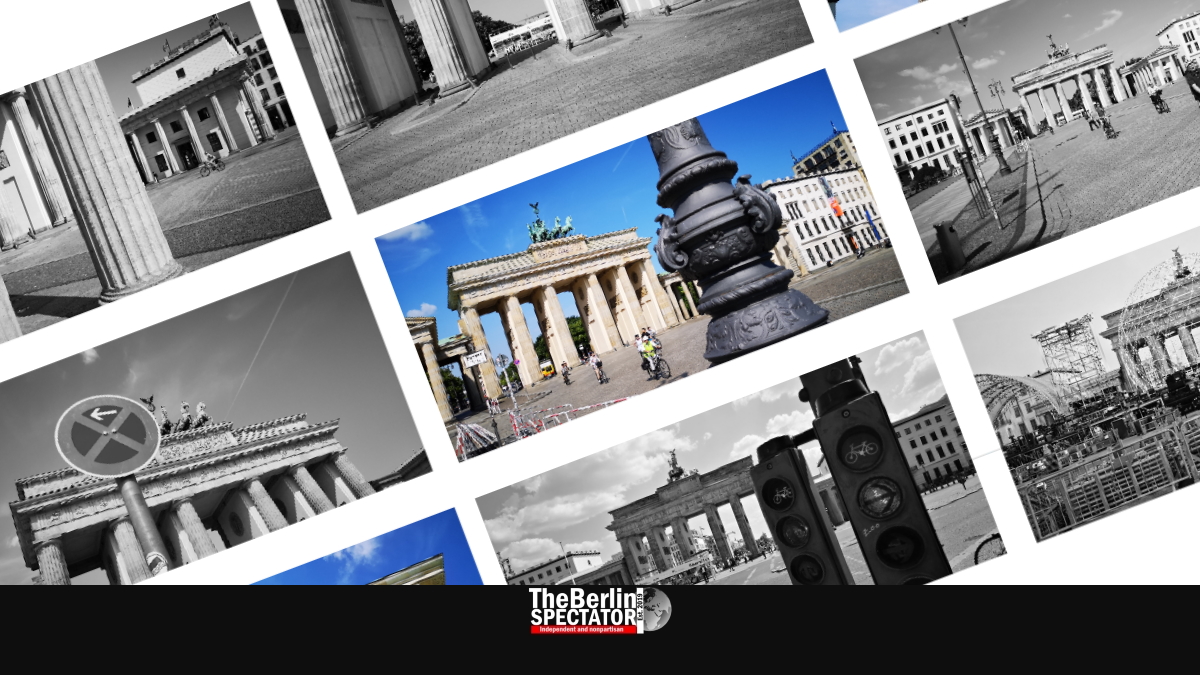 Brandenburg Gate is the center of Berlin. If it was not there it would have to be built, for those millions of tourists and their selfies. Hey, what about the historical aspect? Please proceed to the Gate.

Berlin, June 18th, 2020. Update: February 13th, 2021 (The Berlin Spectator) — Here comes the big question: How does one shoot Brandenburg Gate? The answer is the following: We do not know. But we published this Top 10 list anyway. Don’t try this at home. Caution is advised.

Just look for some pillars and move your Chinese cell phone camera back and forth like an idiot until you have a good shot. That’s how we did it.

Tired of waiting at the red light? Get that Chinese cell phone out of your pocket, hold it in any direction and shoot. If you are lucky, you will have a nice picture you will be able to show show your grandkids during those long winter nights. By the way: Who says the Gate has to be shot from the east?

So, you feel it is time to get the Pulitzer Prize for stunning photography? Forget it. Just walking over to Hotel Adlon and shooting their flower pot will not get you anything. Take our word for it. We tried.

We thought it was artsy to have something standing in the way. This lamp post looks good. Still we messed up the photo and can’t figure out why.

6. The No Standing Approach

Hey, don’t stand in the no standing area. Someone will have to pay for this.

This is easy. We just waited for three years, until there was a modest layer of snow. Two seconds later, most of it was gone. We used the Chinese cell phone camera anyway. This is the outcome.

The idea was to do exactly what all those tourists don’t think of. They always want the entire Gate on the photo. And, as you can see, they are right. Most of that thing is missing here.

We approached those police vans from behind, located the release button and pressed it. Just don’t get arrested while trying.

Brandenburg Gate, a symbol of freedom and democracy, can be identified behind the European flag. The message of the shot is that blue flags look good with the Gate. What was the question again?