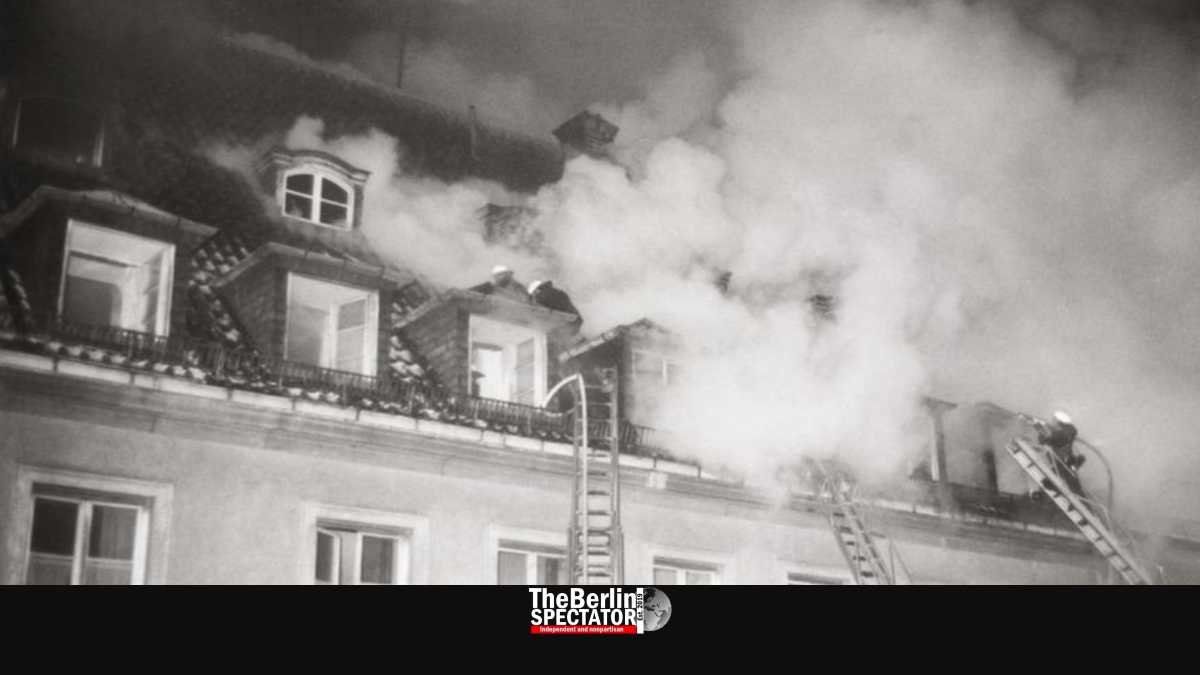 Six of these Holocaust survivors aged 50 to 71 suffocated or were burned to death. One of them died when he jumped out of the window because of the fire. The antisemitic terror act on February 13th, 1970, was never solved. Most indicators point towards left-wing radicals though.

The retirement home was located in the Jewish community center next to the synagogue at Munich’s ‘Reichenbachstrasse’. Both the elderly home and a student home were located on the upper floors. Shortly before 9:00 p.m., when many inhabitants observed Shabbat, an unknown person entered the building and poured gasoline all over the staircase. Once the culprit left, he or she lit it.

From Berlin to Munich

Within minutes, the flames reached the upper floors. Only two minutes after a neighbor alarmed the fire department, the first fire fighters arrived at the scene. They managed to get 50 people out of the building alive. A plaque on the wall of the synagogue commemorates the seven victims of the terror attack today.

In West Berlin, the Tupamaros, a radical left-wing organization, took responsibility for the 1969 terror attack. But the Munich division of the same organization denied it had anything to do with the murders in Munich. The prosecution and the police never managed to find the culprits.

Back then, the President of the young Federal Republic of Germany, Gustav Heinemann, said the attack had been “particularly disgusting” because the victims had already suffered a lot “in the past.” Chancellor Willy Brandt said everything was being done to find those responsible. And Bavaria’s First Minister Franz-Josef Strauss accused the center-left government of not being able to control crime.

Another Attack at Riem Airport

All antisemitic organizations in Berlin, including the Palestinian terror group AOLP, denied any involvement. The student organization AStA was going to stage a protest against the visit of Israel’s Foreign Minister Abba Eban, in order to accuse Israel of defending itself when it was attacked by its neighbors in what is known as the Six-Day War. Because of the terror attack, they called off the demonstration.

Three days before the deadly attack, one person was murdered during a terror act against an aircraft owned by the Israeli airline El Al at Munich’s Riem airport. Two and a half years later, on September 5th, 1972, the Palestinian terror group Black September murdered almost all Israeli athletes at the Munich Olympics.

In the 1970s, German left-wing extremists cooperated with Palestinian terror organizations. This cooperation of hate led to the hijacking of a Lufthansa jet full of vacationers on October 13th, 1977. Today, extremist left-wingers in Germany, including the antisemitic BDS movement, still admire Palestinian terrorists and co-organize events with them.

A container with photos and information about the 1970 attack in Munich was recently set up at the city’s ‘Gärtnerplatz’ square, for Arie Leib Leopold Gimpel, David Jakubovicz, Eliakim Georg Pfau, Meir Max Blum, Rivka Regina Becher, Rosa Drucker and Siegfried Offenbacher. They have not been forgotten, and never will.