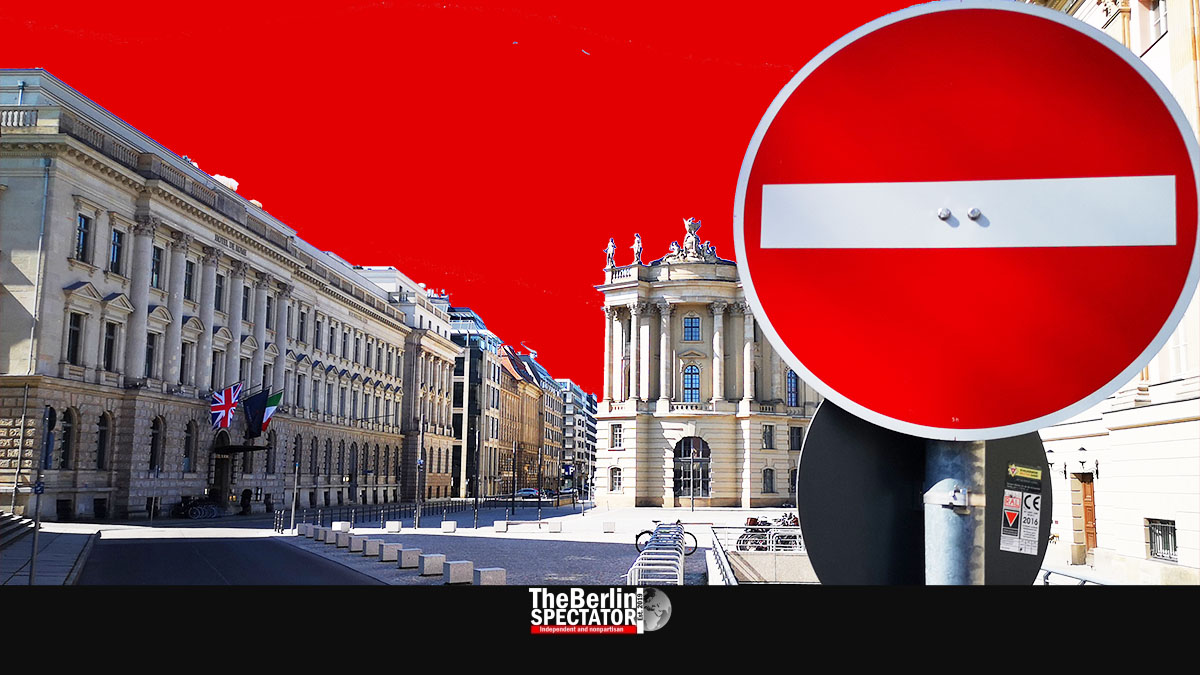 Contrasting signals are being sent out from Berlin. Health Senator Dilek Kalayci warned of the dangers of new Corona mutations. At the same time, Governing Mayor Michael Müller talked about easing restrictions.

Berlin, February 15th, 2021 (The Berlin Spectator) — While Michael Müller is ready to reopen schools and kindergartens in Berlin, a danger that had been looming at the horizon just a few weeks ago has reached the city by now: New, more aggressive mutations already account for a rather big part of all new Coronavirus infections. They have the potential to mess up the situation again.

At Berlin’s House of Representatives, Health Senator Dilek Kalayci defended the latest lockdown prolongation by saying the decision had not been easy because it had meant incisions in people’s lives. According to her, the spreading Corona mutants are one of the main reasons for the step. First, Chancellor Angela Merkel and the Conference of First Ministers, headed by none other than Governing Mayor Müller, had prolonged the lockdown. The city state of Berlin had simply followed suit shortly after, just like all other federal states.

According to Senator Kalayci, there are 405 infections with new Coronavirus mutations in Berlin right now. They already account for 10 percent of all new infections in the German capital. These numbers are scary indeed. Scientists believe the new variants will dominate the pandemic within a month. When this happened in Ireland, the number of infections literally exploded. It decupled in no time.

“We cannot ignore these developments”, Kalayci said. The infection situation could acquire “new dynamics”. The latter would definitely not be good at all. Especially in a situation like this one, in which the numbers are finally improving, a third wave, triggered by the British, South African or Brazilian mutations, or all of them at once, would be a big setback. The vaccination campaign is not fast enough to stop or even slow down the kind of development Ireland recently saw.

At the House of Representatives, the liberal party FDP demanded a reopening of museums and non-food stands at weekly markets in spite of the worries. For the extremist right-wing AfD, its floor leader Georg Pazderski said the lockdown had been wrong from the start. Therefore it needed to be ended.

Actually, the opposite is the case. The lockdown and contact restrictions led to a substantial decrease of the number of new infections and a considerable improvement of the situation. By now, Berlin’s Seven Day Incidence Number stands at 56.8. Considering the German capital was Germany’s Corona hotspot just weeks ago, this development is very positive.

Four out of twelve Berlin districts show Incidence Numbers below 50. They are Steglitz-Zehlendorf (32.6), Tempelhof-Schöneberg (46.2), Charlottenburg-Wilmersdorf (48.3) and Friedrichshain-Kreuzberg (49.9). At this kind of level, the local health authorities can manage to trace back all infections to their sources. The Berlin district with the highest numbers, Spandau, now stands at 76.7. Not so long ago, all districts had Incidence Numbers that exceeded 200.

Berlin’s hospitals are treating 938 Corona patients right now. There used to be twice as many. At this stage, 268 of those patients are in intensive care and 197 of them are connected to respirators. Since the beginning of the crisis, 2,609 Corona patients have died in Berlin. From Saturday to Sunday, there were four new deaths.

Governing Mayor Michael Müller was interviewed in ‘Berlin Direkt’, a political news show on ZDF television, on Sunday evening. He said there would be a step-by-step plan for an easing of the Corona rules by March 3rd. That is when the next Corona conference is scheduled to take place. Because of the successes in the fight against the pandemic, there needed to be a plan people could orient themselves by. Müller said he believed there would be more freedom by Easter, meaning in early April.