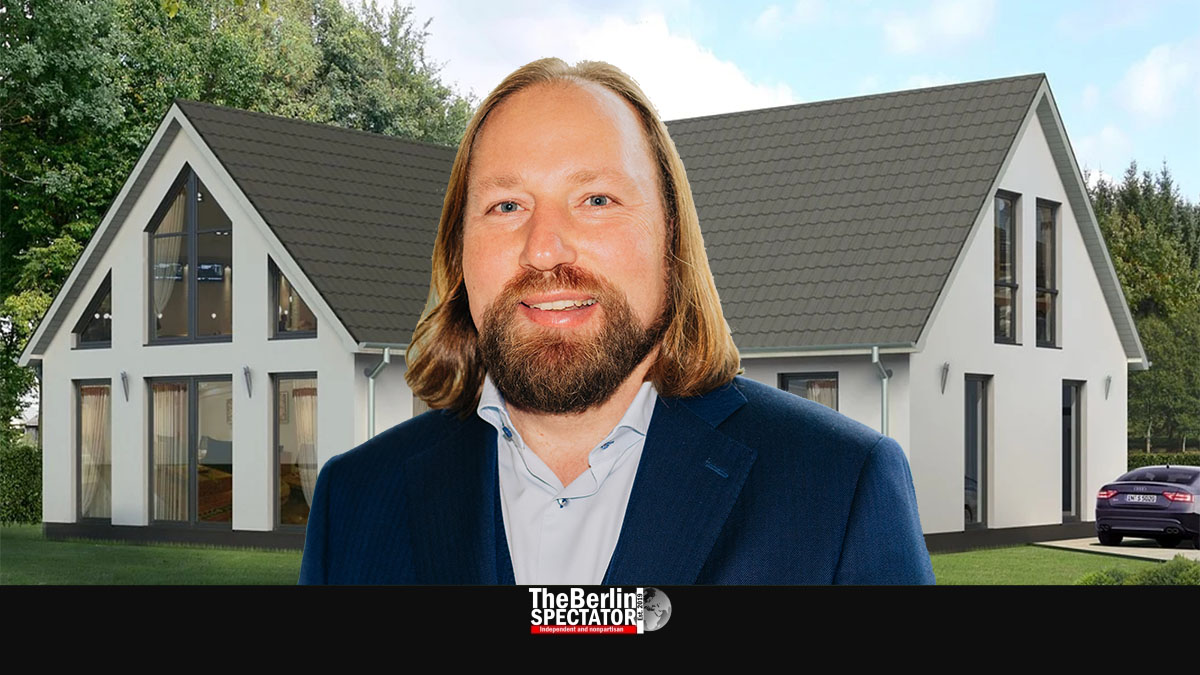 Germans love sausage, travelling, soccer and single-family houses. Now, a discussion about the disadvantages of the latter is causing discontent.

Berlin, February 17th, 2021 (The Berlin Spectator) — The American Dream is to cruise along Route 66 in a Cadillac convertible, to have a big ranch in Colorado or to become a Hollywood star. In Germany, the big dream has a few walls, a roof, a garage and a garden around it. Indeed, the single-family home is the greatest thing since sliced bread.

No neighbor will annoy its inhabitants with loud noises from above, below or from the sides. Whoever has a house can play the bass or the trumpet without worrying about complaints. Single-family home owners do not carry heavy supermarket bags up to the fifth floor. And they usually do not have to circle the block for an hour in order to find a parking spot.

Modern technology has made single-family homes more eco-friendly in the past few decades. In the 1970s, all the heat vanished through porous walls. Now there are modern heating systems powered by solar arrays. Insulated walls will preserve both the heat in winter and the cool in summer.

All of this sounds great, because it is. But, in Germany, there are things that do not. Those include a headline the ‘Bild’ tabloid uploaded on Saturday. It read “Greens want to prohibit new single-family homes”. No, they do not. But they did trigger a discussion about the benefits and problems connected to them.

It started with an interview Anton Hofreiter, the floor leader for the Greens at the Berlin Bundestag, gave to the ‘Spiegel’ magazine. In the latter, he elaborated on issues connected to single-family houses. For instance, he stated they needed a lot of room, a lot of energy, a lot of building material and they caused an urban sprawl all over the place.

In the same interview, Hofreiter said his party, the Greens, did not want to forbid single-family homes because he already knew what kind of echo his interview could potentially have. And he was right. Apart from ‘Bild’, a number of conservative politicians accused the Greens of being the party of bans. This is an old allegation which sounds good to some, no matter its accuracy, especially seven months before the general elections in Germany.

Robert Habeck, one of the Greens’ two chairpersons, rejected the criticism. On Monday, he stated the single-family home was one of several choices people had. “It is part of many people’s lives, their life plans and their wishes. This will not change.”

Even the Greens’ former coalition partner in Chancellor Gerhard Schröder’s federal government, the Social Democrats (SPD), attacked them. There needed to be different possibilities in regard to habitation for different demographic groups, the SPD’s co-chairman Norbert Walter-Borjans said. The Greens never disputed that.

For the CDU in Hamburg, its chairman Christoph Ploss (German spelling: Ploß) said his party should try to find a conservative majority without the Greens’ participation. This was his reaction to Hofreiter’s interview. For years, the Greens have been named as a possible coalition partner for the CDU on the federal level, since its “natural partner”, the FDP, is too weak and known for walking out of coalition talks for no reason.