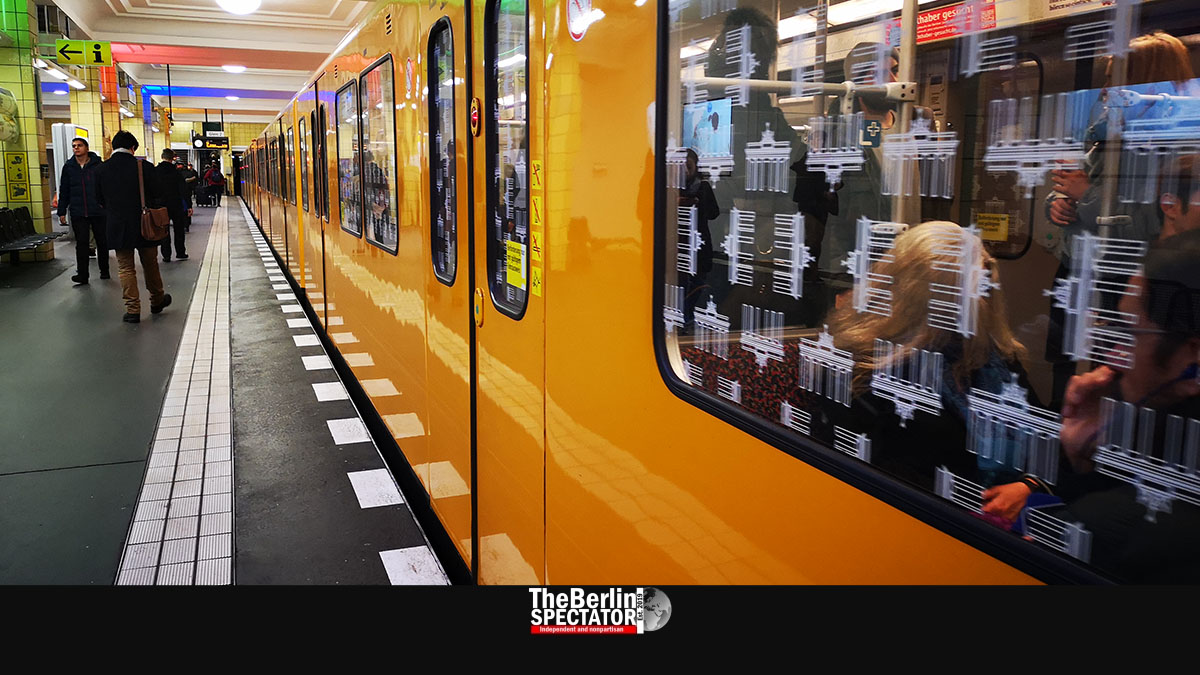 In Berlin, discussions about a prolongation of several ‘U-Bahn’ train lines have been going on for a while. Now, two projects reached the next level.

Berlin, February 18th, 2021 (The Berlin Spectator) — Building metro tunnels from Berlin to Mexico would probably take too long. Let’s not even talk about the price tag and all the sharks and humpback whales that would threaten the project on the way. Yes, it would be convenient to have a direct metro connection from Berlin’s ‘Krumme Lanke’ station to ‘Tasqueña’ in Mexico City, but forget it. Instead, a stretch to ‘Mexikoplatz’ (‘Mexico Square’) might be built.

Berlin’s ‘U-Bahn’ is the equivalent of New York’s Subway, Washington D.C.’s Metro, London’s Tube or the Parisian Métro. It has 174 stations on nine lines. The 175th one will be inaugurated at Museum Island in summer. Extending the ‘U-Bahn’ system does not come for free. Someone will have to pile up a lot of Euro bills. For the projects Berlin’s Transport Senator Regine Günther wants to jump-start, she needs 1.3 billion Euro (1.57 billion U.S. Dollars or 1.13 billion Pounds Sterling).

Yes, Berlin just completed BER Airport, in cooperation with Brandenburg. The German capital finally finished its new Berlin Palace. And it opened two out of three new stations on its ‘U5’ line. Now, the latest discussion mainly concerns the ‘U3’ and the ‘U7’.

This is what Mrs. Günther wants to build:

> An extension between ‘Krumme Lanke’ and ‘Mexikoplatz’ on the U3.

> An extension from ‘Rathaus Spandau’ to ‘Heerstrasse’, on the ‘U7’.

> An extension on the other end of the ‘U7’, namely from Rudow to BER Airport.

The easiest project is the first one. On the U3, only 0.7 kilometers (0.4 miles) would have to be covered. At ‘Mexikoplatz’, the ‘U3’ will connect to the ‘S-Bahn’, Berlin’s other train system, if the city state implements the plan. Not only would this connection help Berliners, but also commuters from Brandenburg who work in Berlin.

“I believe this would be a very promising line”, Senator Günther accurately stated. She made clear she wanted a quick implementation. Of course this is easier said than done. On the other hand, the stretch the Senator keeps on talking about is short indeed. So, the construction would not take decades.

Whether adding an ‘U-Bahn’ station is really necessary is a matter of opinion, like everything in life. The advantage in regard to the BER project: Brandenburg would definitely have to contribute here, because the airport is located on the neighboring state’s turf. The costs would be shared.

One thing is certain: Those Brandenburgers, or whoever might build the new ‘U-Bahn’ stretch, would have to dig really deep. BER Airport already has a built-in underground station for the ‘S-Bahn’ and other trains. Any new ‘U-Bahn’ station might have to be constructed underneath. Wow, they will probably reach the Earth’s core while digging.

But the project has not advanced quite as far. In order to get part of the cash for the projects from the federal government, Berlin needs a cost-benefit analysis first. Senator Regine Günther is on the case. There is another ‘U-Bahn’ line she wants to extend, namely the U8. But, for now, she intends to concentrate on the other two.

Flensburg Attempts to Slow Down Spread of New Corona Variant