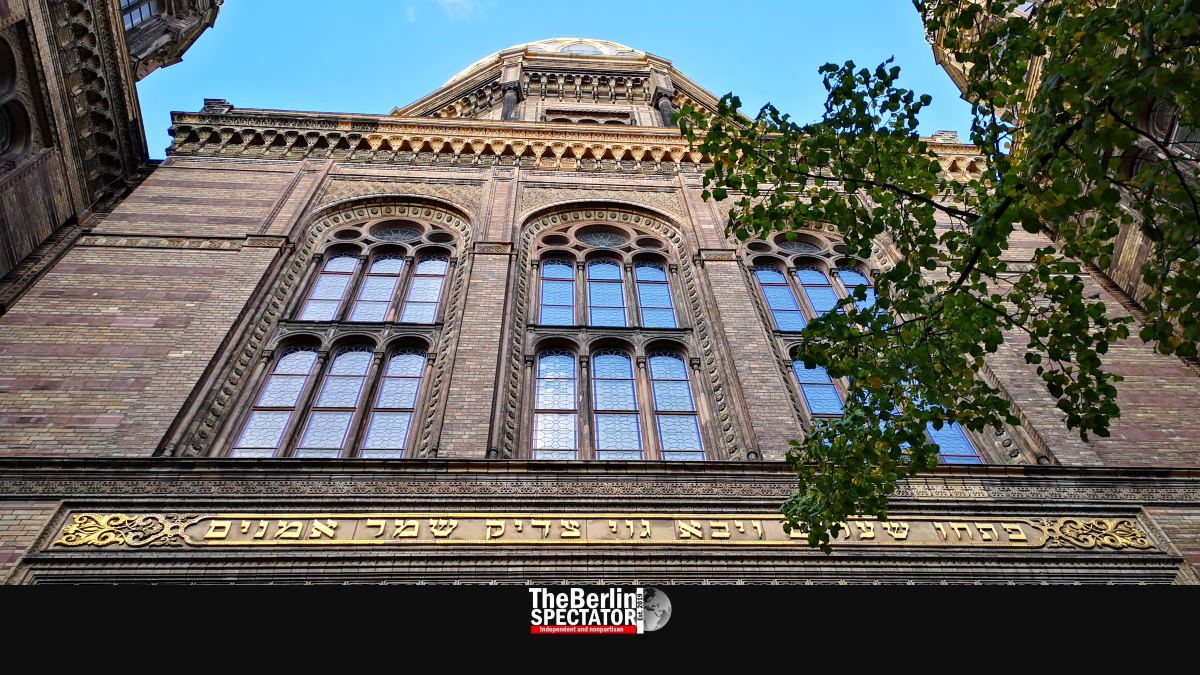 Jewish life in the area of today’s Germany is being celebrated, 1,700 years after it began, and 76 years after the Holocaust. A ceremony took place in Cologne on Sunday.

Berlin, February 21st, 2021 (The Berlin Spectator) — In the year 321, Constantine the Great signed an imperial edict which said that Jews could be appointed for the Curia and municipalities. He did so after he received a request from Cologne. The decree is proof for the fact that there was Jewish life in the area of today’s Germany 1,700 years ago.

In most cases, the small Jewish community in the Federal Republic of Germany appears in the news when acts of antisemitism are being reported, or when the country or the world commemorate the 6 million Jews that were murdered by Nazi Germany. By celebrating 1,700 of Jewish life in Germany, on the other hand, positive aspects can be highlighted.

Those include culture and science. Things Jewish Germans have contributed to these and other areas are being looked at. During the celebrations, which will last one year, Jewish traditions are also being highlighted. But the event is also about looking at Jewish life in Germany, in the present.

Chancellor Angela Merkel congratulated the Jewish community. She said this year of festivities was a good opportunity to learn about traditions of Jewish culture in Germany. On national TV, young Jews were introduced on Sunday afternoon. Many Germans have not met any Jews, at least not knowingly. Learning about or meeting them might get rid of prejudice.

The Central Council runs projects like ‘Meet a Jew’ and ‘Schalom Aleikum’ that are based on this approach. The first project sends young Jews to schools, where they talk to kids, the other organizes meetings and discussion between Jews and Muslims with the same professions, or who live in similar situations. That way, they have subjects to talk about from the start.

Today’s ceremony ‘1,700 Year of Jewish Life in Germany’ in Cologne was supposed to take place with many guests. Because of the Corona pandemic, it became rather small, but it was televised, including President Frank-Walter Steinmeier’s speech. He held it at the Roonstrasse Synagogue of Cologne.

Germany’s President used Moses Mendelssohn as an example for a Jew who had contributed to the emancipation and equality of Jews as well as the Enlightenment. But it had taken a long time until Jews had actually gotten the same rights as everyone else, Steinmeier explained. Jews had participated in writing Germany’s history. And they had “made our culture glow”.

‘Jews Belong to Us’

President Steinmeier said if there was one thing he could wish for, it was that people would confront those who still — or again — questioned the fact that “Jews in Germany belong to us”. The Federal Republic of Germany was only well as long as Jews could “perfectly feel at home” in this country, Frank-Walter Steinmeier said. According to him, the task that derives from the 1,700-year history of Jewish life in Germany is making sure this is the case.