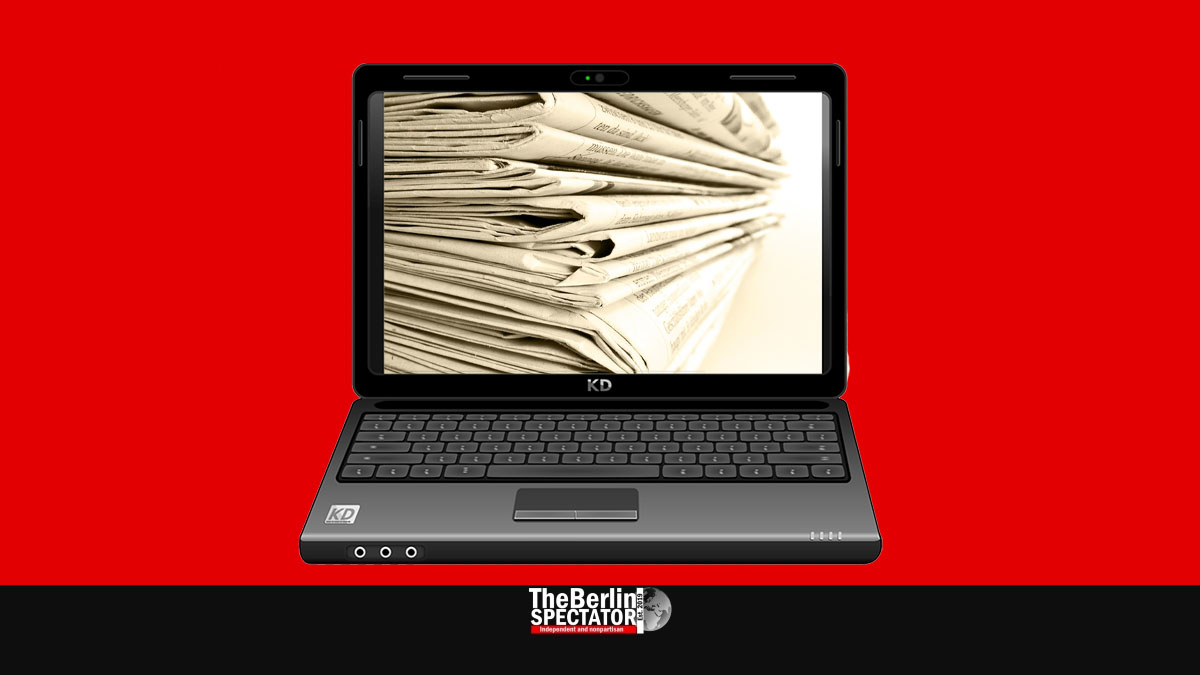 Watching or reading German online media can be enlightening or annoying. It depends on the day, on the question whether elections will be taking place anytime soon, and on the latest brainwaves media folks come up with.

In German media, the future seems to be far away, at times. Then, all of a sudden, it is closer than it may appear in the rear view mirror. If we are unlucky, it may overtake us tomorrow. That is why this is the moment to go back to the future in German online media.

In the late 1990s, when ‘Windows 98’ kept on crashing during scanning processes, when Chancellor Gerhard Schröder ruled Germany, and when the very first Mars rover ‘Sojourner Truth’ hit the planet it was built for, things were different. The Americans were far ahead on the Internet.

While company websites and online media in Germany looked like they had been designed by a bunch of 8-year-olds within five minutes, U.S. media already had online concepts and designs that deserved that word. By today, everyone does.

In Germany, dailies and weeklies try different approaches to make money online. Some just put their entire content behind paywalls. That way, they say goodbye to readers who could have stumbled into them by accident. This aspects does not really worry the makers of local media. Nationwide ones mostly have different strategies.

Several big newspapers and magazines have regular news for everyone and special “Plus” sections for those who pay. This concept seems to be working alright. With their regular reporting, they can lure readers some of whom will become paying subscribers at some point. Splendid.

The journalism provided in Germany is mostly good, but there are exceptions: Certain tabloids tend to fall back into the brutal methods they used in the 1970s whenever elections are coming up. Other newspapers and magazines have obvious issues with one of the smallest countries on Earth: Israel. What a coincidence.

But, in most cases, German journalism is sound. The media environment as a whole is balanced. Whenever opinions are being expressed in editorials or opinion pieces, the opposite opinion will appear in some other paper, or on one of Germany’s countless channels. Germany’s many ARD channels and other media regulated by public law, the equivalents of the BBC or, to a lesser extent, NPR, are extremely important. That is why the extremist right-wing party ‘AfD’ hates them so much, but that is a different story.

In regard to the overall concepts of online media, there is a strong tendency to turn newspapers into ‘super media’ that include television broadcasts. Readers who open any ‘Welt’ article will notice that some video report they neither clicked nor asked for will jump right into their faces, unless they react lightning fast. ‘Welt’ took a smart move a while ago. They took over the news channel ‘N24’ and turned it into ‘Welt’ TV. Today, they can build on this step as they are turning the online version of their paper into a multi-medium. It took the giant Axel Springer SE publishing house a while to enter the electronic media market. They probably picked the right moment.

Watching ‘Bild Live’ on bild.de, the online version of Germany’s largest publication, can definitely be interesting and entertaining. The most interesting aspect: Watch Paul Ronzheimer and Julian Reichelt, ‘Bild’s editors-in-chief. When they are on the air together, they will not even let their most gifted and likeable news show host Nele Würzbach say anything anymore. They just mute her while trying to outdo each other in verbal cockfights about an alleged “vaccine disaster”. The main host is forced to just stand there and wait until at least one of them leaves the studio. This is what we call a performance.

If German media weren’t so good, they would have to be invented yesterday. Public channels offer great cultural broadcasts. Both public and private ones, including ‘Welt’, produce or purchase stunning documentaries about road trips through Siberia at -55 degrees Centigrade (-67 degrees Fahrenheit), the new gold rush in the Yukon territory and what not. Many of those are BBC productions. Almost everyone watches those online by now. Who knows? German television as we know it today might be switched off in a few years from now. Radio, on the other hand, is big, since it can be followed anywhere, even while driving, and because it is the quickest medium of them all. It does not have to be reinvented as urgently as TV channels, newspapers or magazines.

These are interesting times. German media keep on implementing new ideas, and some will turn out to be very successful. Now that the next general elections for the Berlin Bundestag are only seven months away, they will have the opportunity to show their best, and their worst, again.