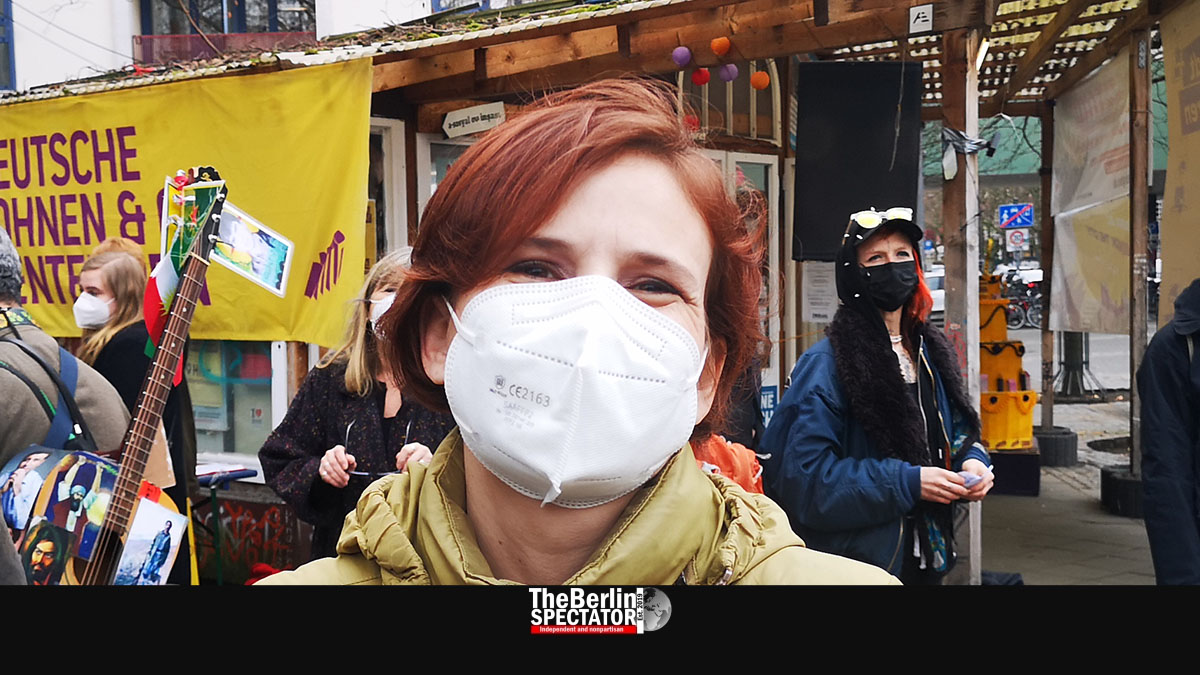 In Berlin’s Kreuzberg borough, an initiative that wants a referendum on dispossessions of big real estate companies started a campaign today. In order to reach its goal, the group needs tens of thousands of signatures.

Berlin, February 26th, 2021 (The Berlin Spectator) — A petition for a referendum about dispossessions of real estate companies that own more than 3,000 apartments, including Deutsche Wohnen, is on its way in Berlin. Sponsored by the left-wing party ‘Die Linke’, which is part of the center-left government coalition of Governing Mayor Michael Müller in the city state of Berlin, the initiative wants to hold the referendum in fall.

According to a poll done by the institute Dimap, by order of the conservative party CDU, 51 percent of all Berliners oppose dispossessions, 36 percent are in favor of this kind of measure. The outcome probably has to do with the fact that Berlin has a majority to the left of the political center, but also with the housing crisis nobody seems to have a quick solution for.

The initiative which calls itself ‘Expropriate Deutsche Wohnen and Co.’ now has four months to collect signatures. For a referendum, 170,000 of those are needed. ‘Die Linke’ and activists who joined the initiative insist thousands of apartments in Berlin have to become state property. To them, this is the only way to get the rents down which many Berliners can hardly afford anymore. The real estate companies are supposed to be reimbursed “far below the actual value”.

What a date for the referendum is concerned, the activists want it to take place on September 26th, 2021. On that day, there will also be federal state elections in Berlin and elections for the Bundestag in all of Germany. In Berlin’s infamous intersection Kottbusser Tor, they staged a rally this morning.

The outgoing co-chairlady of ‘Die Linke’, Katja Kipping, took part (see photo at top of page), as well as some of her party colleagues, individuals who were holding flags with the DGB union’s logo, and other supporters. Dozens of signatures were collected at the event. Speakers said dispossessions were necessary in order to make sure the rents remained affordable. The number of public housing items needed to be increased substantially.

Governing Mayor Müller, a Social Democrat, does not like the idea of dispossessions, as opposed to some of his coalition partners. More municipal apartments were needed, Müller was quoted saying by German-language media. But this goal could only be reached with “private partners”. He meant real estate companies that are not state-owned.

Dispossessions were not his approach, the Governing Mayor stated. The Senate (which ‘Die Linke’ is part of), banked on construction and purchases, Müller explained. He also mentioned the ‘Rent Cap’ the Senate put in place a year ago. It is supposed to freeze the rents for five years.