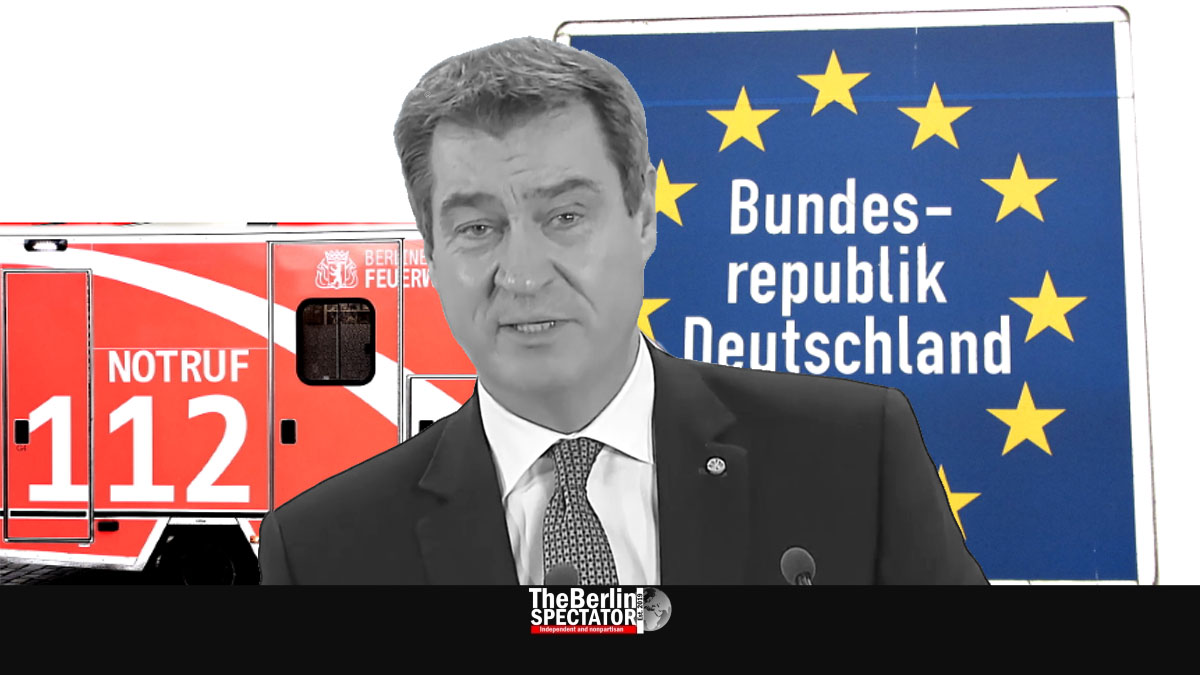 Five days ahead of the next Corona conference in Berlin, Bavaria’s First Minister Söder says easing restrictions was fine, but it would have to happen slowly. Some steps might have to be retracted later, he believes.

Berlin, February 26th, 2021 (The Berlin Spectator) — Markus Söder, who might become Chancellor of the Federal Republic of Germany later this year, usually gives the country a preview of what direction things could take during upcoming Corona conferences. On Wednesday, Chancellor Angela Merkel, Söder and the other First Ministers will take decisions about the way ahead in the Corona crisis again.

Even Söder, who is one of the more cautious ‘Minister Presidents’, as the Germans call their Governors or First Ministers, now agrees it is time for easing Corona rules. “We want to reopen step by step, but with reason and caution”, he told the ‘Redaktionsnetzwerk Deutschland’. “Politics should not lose its nerves”, he stressed.

He also said the decision making process should not rely on dates, but rather on data. An “intelligent reopening matrix” needed to be based on Seven Day Incidence Numbers, Söder insisted. Retracting reopening steps had to be an option too, in case the Corona situation deteriorated. A “reopening rush” would not help anyone.

It is unclear what kind of plan Angela Merkel and her colleagues will come up with on March 3rd. But, after months of lockdowns in different versions, many insist on a complete reopening of Germany’s retail businesses, including Trade Associations. Since December, the number of new Corona infections has been decreasing for a while. Now, they seem to be rising again.

In the meantime, the discussion about the upcoming summer vacations and border closures are continuing. In a video conference, the heads of government in the European Union, including Angela Merkel, decided to work on uniform certificates which could show whether a person was vaccinated against Corona or tested. But the question whether this endeavor will be ready for the big vacations, and let people travel abroad, has to be marked with a giant question mark.

The closures of Germany’s borders to Czechia and the Austrian federal state of Tyrol is still causing trouble. In an interview with the ‘Münchner Merkur’ daily, Austria’s Chancellor Sebastian Kurz complained and demanded a uniform approach at Europe’s borders. He said, there were regulations in different intensities even within Germany, where they depended on the cardinal direction.

In the interview, Kurz said it was “useful to rely on a safety network with Corona tests and masks”. But measures that would lead to dangers to the European Single Market, that prevented people from reaching their workplace or which tore apart families were not reasonable. Chancellor Kurz’ statements were harsh criticism of Berlin’s Corona policies, packaged in harmless sounding words.